A Guide to Great Beaches in Los Angeles

As the largest port city in the Western United States, Los Angeles abounds with endless beaches, each of which boasts a unique charm. This city has attracted the investment of major amusement parks, and the parks in LA adorn the blue harbor like bright pearls. Walk into the California sunshine with this most inclusive collection of tips for beach and park tours.

Santa Monica State Beach has a particularly legendary reputation as Route 66 ends here, and its splendid sea views are favored by Hollywood directors. Here you’ll also find LA's most famous attraction, Santa Monica Pier, making the beach the top choice among the many beaches in LA.

On this beach stands the renowned Pacific Park, a small but lively amusement park featuring the Ferris wheel that Jack rode with Rose in Titanic, the Bubba Gump Shrimp Co. based on the theme from Forrest Gump, street-style Californian bands, and bustling shopping streets. 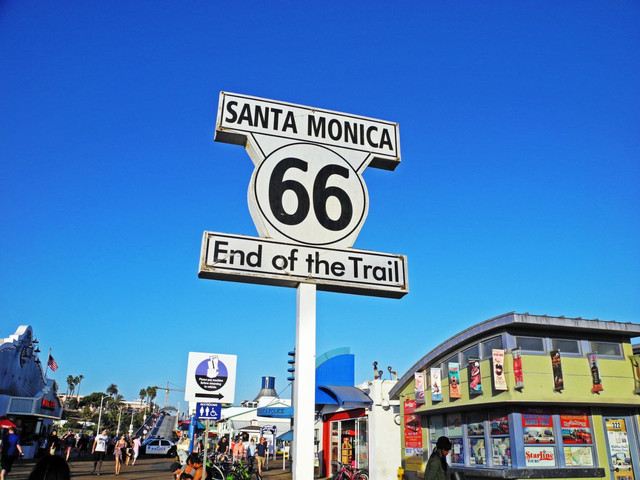 Close to Santa Monica State Beach, Venice Beach has been hailed as a holy beach site on account of its multifaceted modern color. Poets, painters, and performers of different styles are everywhere. The beach is like a free carnival that runs all year long. 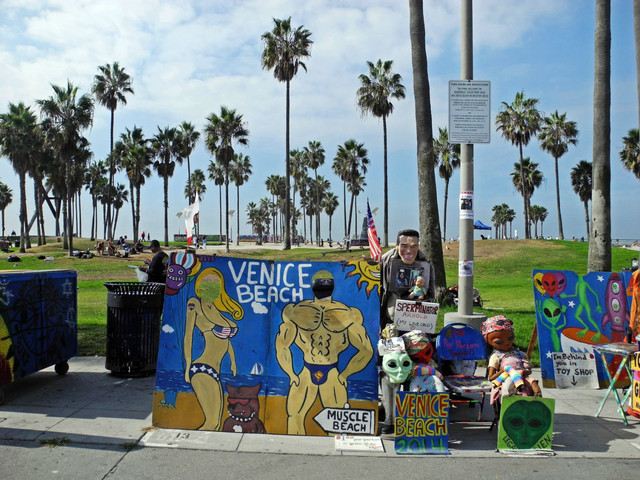 Malibu Beach is at the northernmost end of Los Angeles. Tourists here are relatively few due to its distance from the downtown area. Its fantastic sea views and peculiar terrain have made it a popular place for movies.

The choppy waters surrounding this beach make it an excellent site for surfing, and the cave in the northwest is the most famous scenic spot on this beach. In opposition to the noisy and lively Santa Monica State Beach and the fascinating Venice Beach, Malibu Beach embodies freedom, the charm of the wilderness, and the harmony between man and nature. 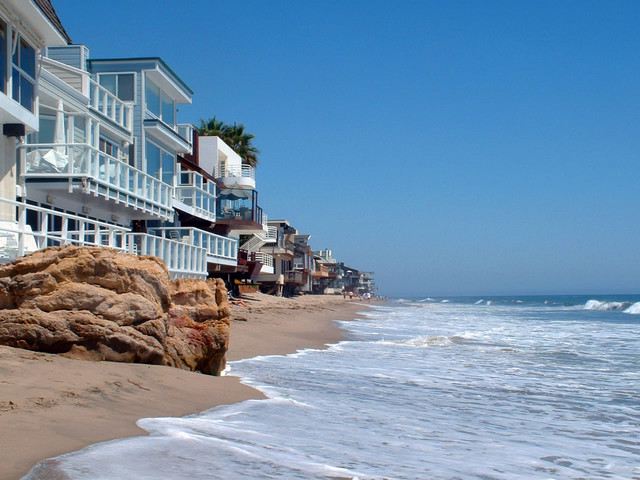 Huntington Beach, the most well-known surfing beach in the West, is famous for its sandy beach that stretches 15.3 km. The enormous waves here have made it an excellent surfing paradise. You can feel a sense of enthusiasm when treating yourself with the view of beauties in bikinis along the beach. Some scenes of the South Korean TV series, The Heirs, were shoot shot here.

This beach is also the cradle of some California brands, such as Vans and Hollister. The shopping street across from the beach is a gathering place for trendy brands. 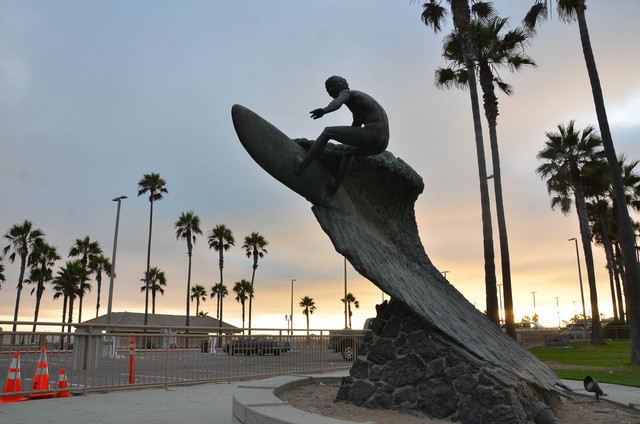 Laguna Beach, which used to be a private beach and later became a secretive resort for Hollywood celebrities, is a now a worthwhile site for the public to spend their vacations, and hosts various types of arts festivals every year.

Tourists who visit often feel as if they were “in a paradise” thanks to its world’s best white sand beach that extends to La Jolla, San Diego, and Point Loma where whales occasionally pass by. Here you can try skimboarding, which is simpler and safer than surfing. 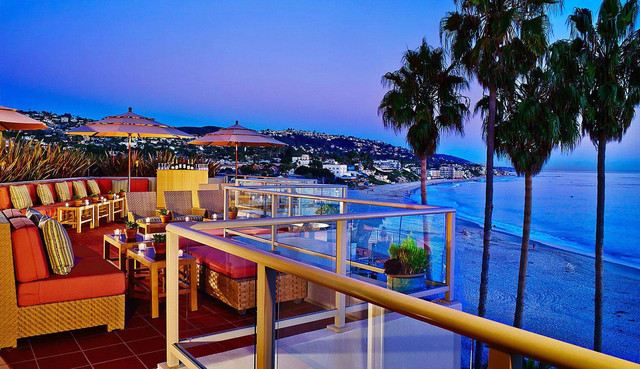 Griffith Park, the largest park in Los Angeles, is not only one of the best spots to take photos of the gigantic Hollywood Sign, but also a great place to take in a panoramic view of both LA's colorful streetscape and the myriad of household lights at night.

This park features multiple sightseeing attractions, including a zoo, a golf course, a museum, an astronomical observatory, a hiking trail, and a train tour route. The park offers its most beautiful scenery at dusk, so we recommend touring before sunset as you will be able to enjoy nighttime views after snapping your Hollywood photos. 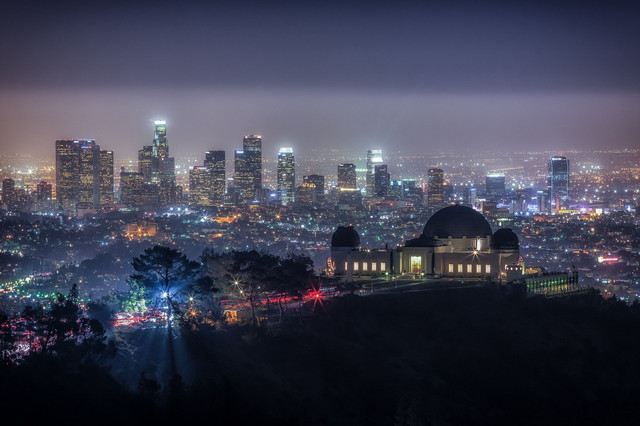 The Huntington Library is one of the largest collections-based research institutions in the United States, and is home to an extensive collection of books, artwork, and plants. It is often called the most unforgettable garden-like museum in the world. You will get the greatest joy when appreciating Shakespeare's’ manuscripts and strolling through the fantastic botanical gardens.

The library houses Shakespeare's early works, documents signed by George Washington, Shelley manuscripts, and other rare treasures. This Huntington presents itself like a large, captivating oil painting featuring 15 gardens of different styles scattered about, 19th-century European-style structures, and modern buildings which were constructed much later. 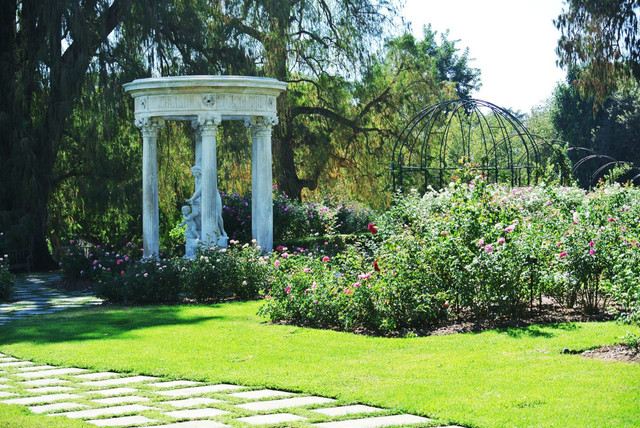 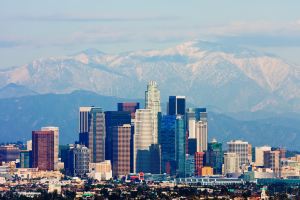 Los Angeles: City of Angels
TripBlog
Explore More
# Green Travel
# Kumamoto
# Dunedin
# Ibusuki
# Ohio
# Ayia Napa
# Burgos
# Taos
# Ikeda
# Sheboygan County
What's the most popular attractions in Los Angeles?
Here are the best places to visit in Los Angeles, including: Universal Studios Hollywood,Disneyland Park,Hollywood Walk of Fame
Things to do near Los Angeles for family & child?
You could try Universal Studios Hollywood,The Wizarding World of Harry Potter,Knott's Berry Farm,The Aquarium of the Pacific,Los Angeles County Arboretum & Botanic Garden in Los Angeles
What is the best season to visit Los Angeles?
The temperature in Los Angeles is moderate throughout the year, with the coldest in January and February each year, and the hottest month is July and August. Summer is the best time to swim. You can swim at the beach, but summer is also the most popular season. If you want to be quiet, you can choose to travel in April, May or September or October. From November to March, it is the rainy season in Los Angeles. Although it is the rainy season, it rarely rains. Even after the occasional rainy days, it is often a continuous sunny day, with bright sunshine and blue sky.
What's the best food in Los Angeles?
There are Jewish restaurants and Eastern European restaurants in the city, Mexican restaurants in the east of Los Angeles, Japanese restaurants and Chinese restaurants near Little Tokyo and China Town, and fresh seafood shops along the beach. Many stars also love the cooking skills of Los Angeles chefs. One of the fun of living in Hollywood is to sit in these restaurants with ordinary people.
What is the most beautiful place in Los Angeles?
Take a walk on the Avenue of Stars, go to Universal Studios to see a water stunt show, Disneyland
What do I need to know before visiting Los Angeles?
There are no special safety tips, mainly because the US government does not mandate the purchase of travel insurance, but it is recommended that you purchase travel insurance to deal with emergencies. The medical expenses in the United States are quite expensive. It is better to buy a travel insurance.
Show More FAQ