Parades and Fireworks: Great Ways to Celebrate the Fourth of July

The Fourth of July is that classic American holiday when all our grandiose display of flags, barbeque, apple pie, and fireworks come together in a delectable slice of true Americana. Many of us fondly remember trips across the state line to purchase obscenely powerful firecrackers. There’s also the annual family trip to the beach and the time-honored tradition of the Main Street parade. These quintessential Fourth of July traditions are what make the Fourth of July…well…the Fourth of July. We took a look around the United States and are bringing your our favorite places to enjoy the Fourth in all its patriotic glory. These are our recommendations for ways to celebrate the Fourth of July.

From the Star Spangled Banner and “the rocket’s red glare,” Americans have long been a people enamored with fireworks. Here are some cities that put on a truly spectacular show!

Birthplace of American Revolution, Boston is an ideal place to spend the Fourth of July. Tour the Revolutionary War battlefields at Lexington and Concord. See the sight of the Boston Massacre and follow the Freedom Trail. The trail begins at Boston Common and takes you past Park Street Church and King’s Chapel. Press on to State Street and Faneuil Hall. See where Paul Revere lived before visiting the Old North Church. Wander the narrow streets on Beacon Hill or head for Harvard University across the river in Cambridge. 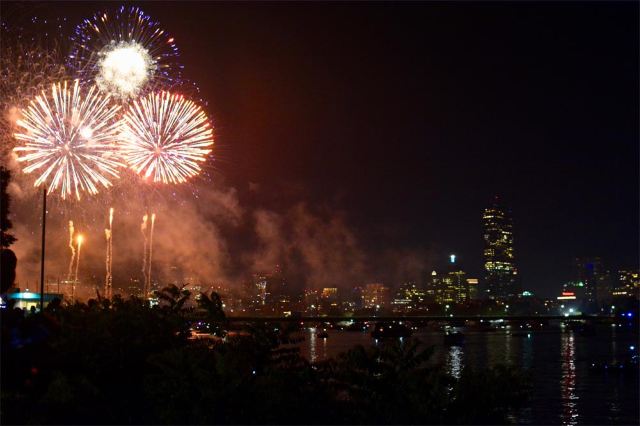 At night, stroll the waterfront around Back Bay and the Massachusetts Institute of Technology where the city’s spectacular fireworks display occurs. There’s a lot going on in Boston around the Fourth of July. Best of all, you don’t have to spend an arm and a leg to enjoy this historic American city.

The District as it’s affectionately known to residents, is the epicenter of American power and national prestige. Get in touch with “Spirt of ‘76” by touring the National Archives where you can see the original Declaration of Independence and US Constitution. Walk across the National Mall to the Smithsonian National Air and Space Museum where you’ll find the Apollo 11 Command Module on display. DC’s residential neighborhoods are themselves rich and vibrant places filled with trendy cafes and hip restaurants. From Anacostia to Georgetown, Adams Morgan to NoMa, this is a city with plenty to discover. 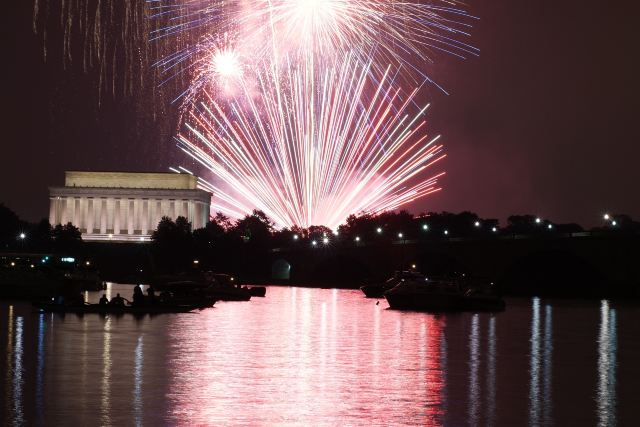 Grab a spot on Constitution Ave along the Mall for the National Independence Day Parade. The Mall is also the spot to be during the fireworks. Witness the amazing show silhouetted against the Washington Monument and Lincoln Memorial. It’s a thoroughly pride-inducing affair.

The Big Apple doesn’t skimp when it comes to Fourth of July fireworks. As in previous years, the show is sponsored by Macy’s and features performances by leading recording artists. The 2019 show launched from the East River near the Brooklyn Bridge and featured a spectacular waterfall effect done from the bridge itself. 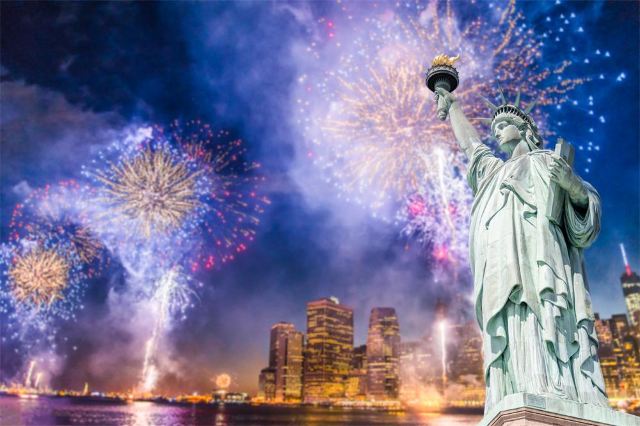 In great arching explosions, the skies over Lower Manhattan light up in a dazzling array of colors and effects. Good viewpoint are found nearly anywhere along the East River waterfront. Another popular place to go is across the Hudson River in New Jersey. From there you can see the fireworks exploding beyond the Lower Manhattan skyline. Some of the show might be obscured by the taller buildings, but there’s still plenty to see and the skyline makes for eye-catching photos.

Laying on a beautiful beach with the sun shining down from a pure blue sky is the epitome of relaxation. These are some of the nation’s best sandy stretches to consider this Fourth of July.

South Carolina’s famed resort destination always attracts adoring summer crowds. The best accommodations are located along Ocean Boulevard. To get a sense for what’s on offer stroll along the Myrtle Beach Boardwalk running between 1st Avenue and 14th Avenue. Take a ride on the SkyWheel Myrtle Beach and enjoy amazing views of the city from the air-conditioned gondolas. 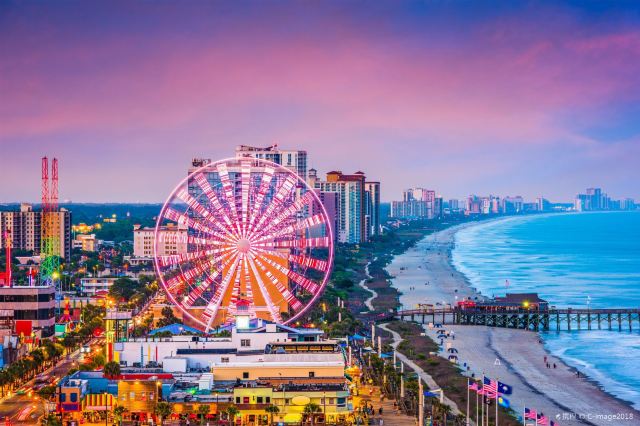 A raft of tourist attractions including haunted houses, Ripley’s Believe It or Not, and Free Fall Park give you plenty to enjoy when you’re not strutting your stuff along the sand. Fourth of July brings an influx of families heading to concerts and events scattered around town. You can easily wander between different resorts and venues before heading into town for a meal or finding a spot to barbeque. No matter how you slice it, Myrtle Beach is a classic Fourth of July destination.

Michiganders love to wax poetic about the state’s fantastic lakeshore. If you grew up in the Great Lakes region you probably remember weekends spent packing the camper and heading to the cabin. If you’re looking for some outstanding Fourth of July locations, we wholeheartedly endorse the small towns and villages stretching along Michigan’s west coast. Incredible sunsets, pristine sands, warm waters, it’s perfect for the Fourth of July. 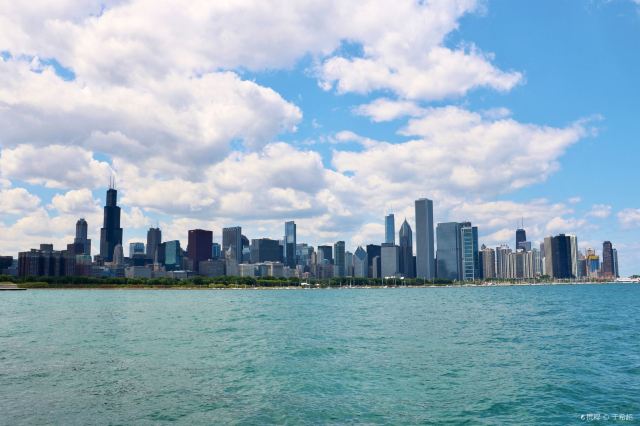 Consider venturing to Sleeping Bear Dunes and quaint Glen Arbor. Further south is Pentwater, which is also popular. If you’re coming in from Chicago, Bridgman is not far from the Indiana border. There’s also South Haven, a great community that puts on an excellent fireworks display. Drive into the Kalamazoo for some excellent restaurants or just enjoy the scenic Blue Star Highway near the shore. You’ll find lots of fun and relaxation in West Michigan.

Having gained a rather unfortunate reputation thanks to the eponymous reality TV series, the Jersey Shore is far more than drunken revelry and rowdy youth. Sure there’s the occasional Snooki or Vinny out and about, but hey, it’s Jersey, and what do you expect? Extending over 200 kilometers along the oceanfront, the Jersey Shore features countless small town as well as some larger destinations. Atlantic City is a prime draw for its famed boardwalk and numerous casinos. Nearby Ocean City is likewise popular for its boardwalk and iconic Music Pier. This is a fun place to catch a concert over Fourth of July weekend. To the north there’s Asbury Park, known for countless famous musicians who’ve come through over the years including Bruce Springsteen, Bon Jovi, and the Clash. Find yourself a spot with a view and enjoy a picture-perfect sunrise.

3. Classic Parades on Fourth of July

High school marching bands, cool cars, local dignitaries, firetrucks…what’s not to love about a classic Fourth of July parade? Here are some great places to enjoy this favorite American experience.

Quirky New England was the bastion of American radicalism during the Revolutionary War. New Englanders are fiercely proud of that legacy and maintain a deep parochialism that sets them apart from the rest of the United States. Bristol, Rhode Island lays claim to the oldest continuous Fourth of July Celebration in the United States. Concerts and events stretch through June and July so there’s always something to experience. Come for headline parade and see the floats, tributes to America’s Armed Forces, and Revolutionary War cosplay. Afterwards drive down to Newport for some great ocean views or over to Narragansett where conditions are often right for surfing. Back in Bristol be sure to walk through Colt State Park or wander down to Blithewold Mansion, Gardens & Arboretum where you’ll find lovely floral exhibits. Bristol is classic New England through and through.

Philadelphia’s connection to the American founding cannot be overstated. It was here the Second Continental Congress approved the Declaration of Independence. Just over a decade later the nation’s Founding Fathers again gathered at Independence Hall to draft a new constitution. The historic landmark anchors Independence National Historical Park. See for yourself the literal “room where it happened.” Visit the nearby Liberty Bell and National Constitution Center. Philadelphia’s Fourth of July parade draws thousands of people each year who line the route along Chestnut Street. Dozens of marching bands, floats, and groups from around the nation participate in the grand event. Winding through the historic heart of the city, the parade turns downtown into a massive open-air carnival. Come celebrate America’s founding in the city where it all happened.

Lake Tahoe has a justly deserved reputation as a great natural recreation area. Boating, fishing, and summertime fun are what the region is known for. It’s also a place where you can find a fun Fourth of July Parade. Incline Village runs along the northern part of the Lake on the Nevada side and is known for its fireworks display. The picturesque small town is a far cry from America’s megacities; but Small Town America is the place to be if you really want to get a sense for the Fourth of July. At the opposite end of the lake, South Lake Tahoe in California gets into the action with a great parade, live music, and a food truck park. The picturesque scenery in and around Tahoe will have you singing America the Beautiful as you admire the purple mountain majesties.

Americans love to drape themselves in the flag. This is the country of baseball, hot dogs, apple pie, and Chevrolet. We like a good barbeque and won’t skimp on the fireworks. Whether you’re in the mood for a big city experience or something more Main Street, USA, we’ve got you covered with this guide to Fourth of July destinations. These are some great places to celebrate the July 4th. 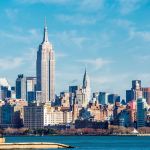 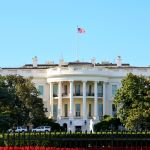 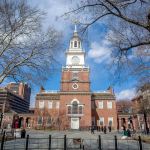 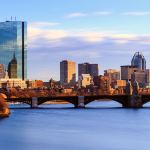 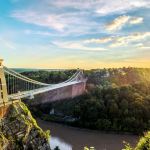 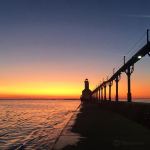 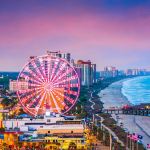 Aomori – Japan's Prefecture for All Seasons
Love.Trip
Explore More
# Vacation Hotel
# Marrakech
# Montana
# Lucerne
# Pienza
# Kandy
# Victoria Falls
# Cork
# Belleville
# Plymouth
What's the most popular attractions in New York?
Here are the best places to visit in New York, including: Statue of Liberty,Central Park,Times Square
Any dishes can't you miss in New York 2020?
Try Hamburger,Pizza,American coffee
Best selfie spot in New York?
A few beautiful fountains in Central Park, it is best to go in the morning, few people, beautiful
What is a good souvenir from New York?
Gifts around New York's local team, the Metropolitan Museum, and the Moma Art Museum's Wenchuang store are recommended.
What is the best season to visit New York?
April-July is the best time to travel in New York and the temperature is right. During the sunny days, there are many people in Central Park. At noon, many people are sunbathing in the park, pushing the stroller, walking the dog, and the park is part of life!
What's the best food in New York?
New York-style cheesecake, pizza, bagel, pastrami
Show More 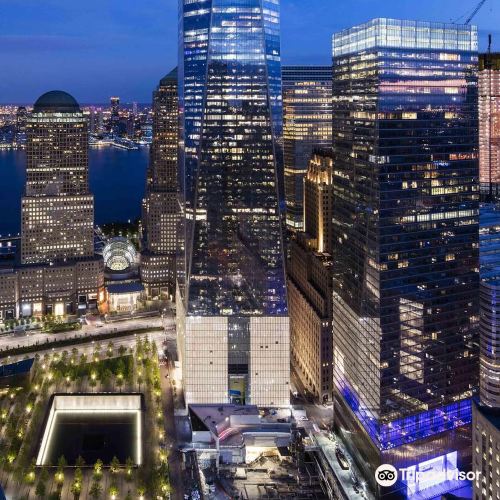 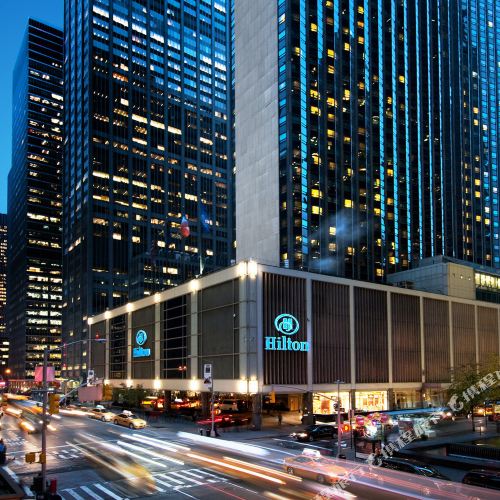 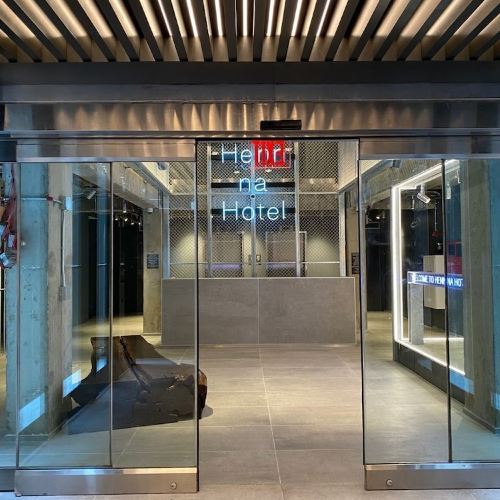 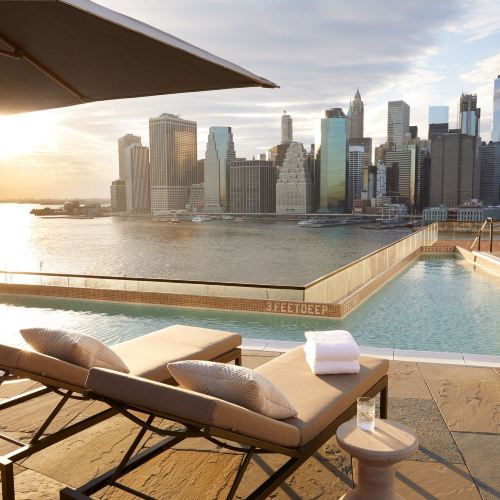