10 Incredible Natural Landscapes to Explore in 2020

Natural landscapes are amazing and dazzling places. From wide open spaces to snowcapped mountains, there’s an endless variety on offer. We’ve searched far and wide to bring you a selection of the most spectacular landscapes found anywhere on Earth. We’re heading into the mountains, under the sea, near to volcanoes, and to the edge of waterfalls in this fun travel guide. Buckle up as we take you to some exciting travel destinations. These are 10 incredible natural landscapes to explore in 2020.

Cappadocia, located in central Turkey, is world-famous for its many geological formations called hoodoos. Also known as “fairy chimneys,” these rock structures resemble thin smokestacks. Rising up out of a desert-like landscape, they evoke an otherworldly presence. 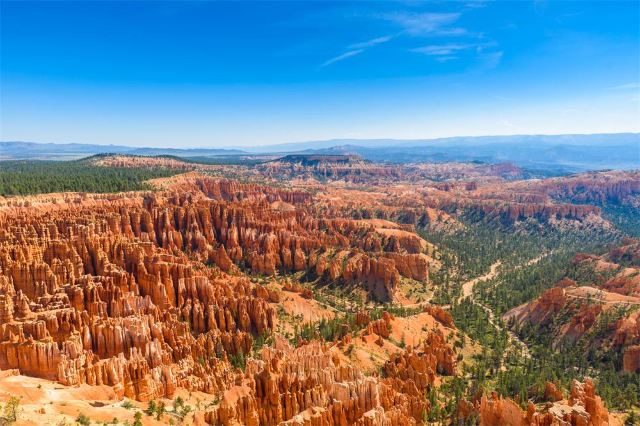 The thing to do is take a hot air balloon ride so you can see the magic forms at dawn or dusk. Plan to stay a day or two and book a room in one of the famous cave hotels. These accommodations are often built right into the fairy chimneys and are a great place to meet fellow travelers. Be sure to visit Göreme National Park, a UNESCO World Heritage Site, and explore Derinkuyu underground city, the largest excavated underground city in Turkey. The natural landscapes in the area are truly remarkable and you can easily spend hours wandering around snapping photos.

Bohol, located in the central Philippines island cluster, is a popular travel destination. Island-hopping travelers might spend time between Bohol and neighboring Cebu. On Bohol there are historic churches, cute tarsier monkeys, and beautiful natural scenery. Bohol’s famed Chocolate Hills were used as backdrops in the Harry Potter film franchise.

Tagbilaran City is the main point of entry for those arriving by air or sea. Panglao Island is connected via two bridges to Tagbilaran City and is a great place to explore. Stroll Alona Beach, a popular venue for some diving or snorkeling amongst the coral reefs. Don’t miss the Philippine Tarsier Sanctuary and your chance to explore Balicasag Island with its famous Black Forest Dive Site. Head inland for spectacular views of the Chocolate Hills, which rise in clusters and take on their iconic color during the dry season between November and March.

Spanning two continents and 11 time zones, Russia is a country full of wonder and surprise. Lake Baikal in southern Siberia is a magnet for naturalists. It’s the world’s largest freshwater lake by volume and the region’s prime draw.

Stunningly beautiful, Lake Baikal is a treasure as much for its remoteness as its natural landscapes. Travelers who venture here definitely earn their merit badges. The climate around the lake is characterized by four distinct seasons. Verdant green grasslands foreground towering snowcapped mountains in summer. 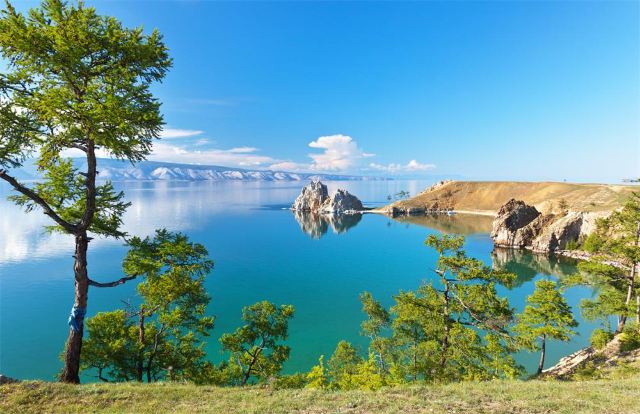 The confluence of the Indian and Pacific Oceans near the Indonesian Archipelago contains the most diverse collection of marine life on the planet. The region’s shallow seas receive lots of sunlight and the nutrient-rich waters support complex reef ecosystems. 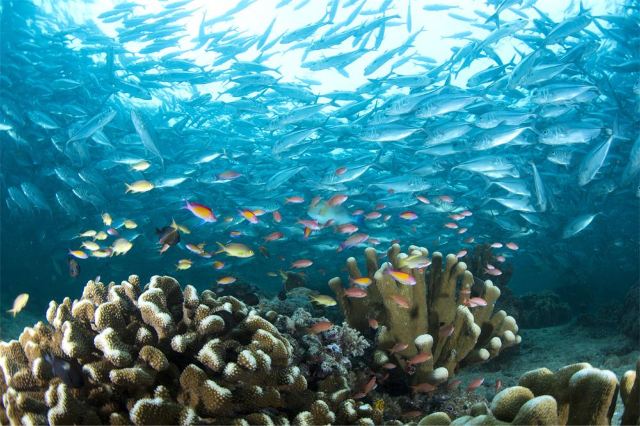 Sipadan Island off the eastern coast of Borneo is surrounded by an underwater paradise in the Celebes Sea. Over 3,000 varieties of fish and other aquatic species are known to exist here. Additionally, the island’s fascinating underwater geology results in beautiful submerged landforms. These resemble something like a chimneys extending up towards the surface. Diving tours explore the various sea caves filled with majestic corals. The northern parts of Sipadan Island are home to large sea turtles. Sipadan’s location off Borneo and relative proximity to the Philippines mean it’s possible to structure a trip to several places in this rich environment.

If natural landscapes are your thing, Zhangjiajie makes a strong claim. Tucked into northwest Hunan Province, the Zhangjiajie National Forest Park served as inspiration for the fictional Hallelujah Mountains in the 2009 blockbuster film Avatar. 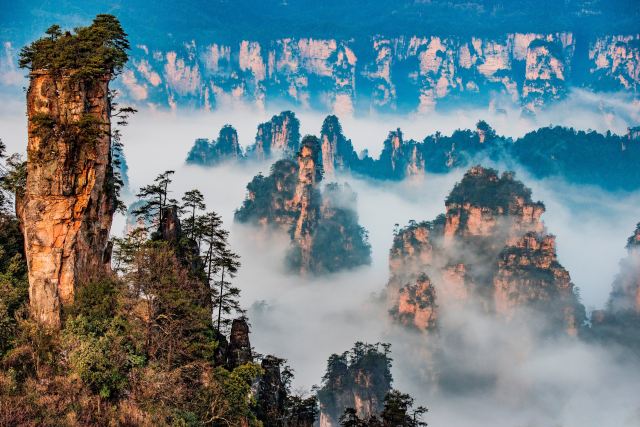 Allot yourself at least one day for the Forest Park, a massive area set within the larger Wulingyuan Scenic Area, a UNSESCO World Heritage Site. Explore the valley and ride the world’s tallest outdoor elevator up for a view along the canyon rim. Spend a second day exploring the famed Tianmen Mountain with its long ascending staircase and natural stone arch. Zhangjiajie has a developed tourist infrastructure with plenty of accommodations. You can easily visit the parks and return to town for dining and activities. There is a lot to explore here so pack some water and snacks and hit the trails.

Croatia is often overshadowed by its neighbor across the Adriatic; however, travelers in the know have long recognized the region’s beauty, history, and culture. If you’re looking for a European adventure but don’t fancy traditional destinations in the West, you certainly cannot go wrong in Croatia. The country has eight national parks scattered around its central region and along the coast. The most spectacular is Plitvice Lakes National Park, a UNESCO World Heritage Site.

Plitvice Lakes was Croatia’s first national park and it’s easy to see why. The scenery is breathtaking. Main attractions include the park’s interconnected lakes and famous Plitvice waterfalls, a cascading series of waterfalls as high as 78 meters. Nature lovers will adore this place. Make sure to pack a day bag and link up with a guide who can recommend some of the more scenic trails.

The Himalayas might be the world’s highest mountain range, but there’s a strong case to be made that the Andes are the most beautiful. Vinicunca, also known as Rainbow Mountain, is a remote and simply gorgeous natural wonder. 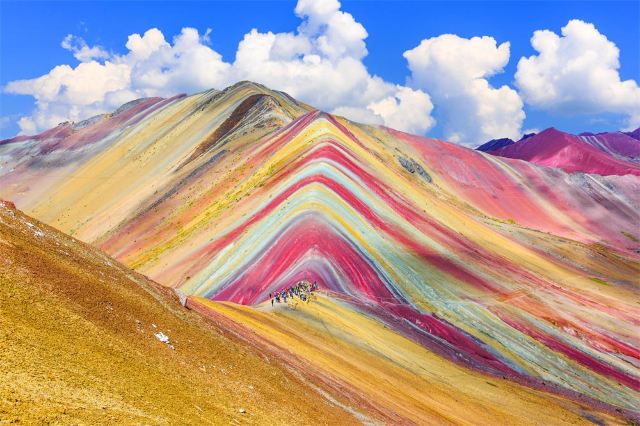 Located some 5,200 meters above sea level, getting here requires a bit of effort. The former Inca capital Cusco is the main gateway for tourists coming to Vinicunca. Rainbow Mountain gets its name from the mineralogical composition in the rocks. The presence of different minerals results in the fantastical image of mountain slopes appearing to ooze stunning color. Reds, whites, pinks, greens, and more all appear to flow down to the valleys, as if someone splashed vibrant paints from high above. One of a few places in the world where this phenomenon is on display, Vinicunca is a special destination.

Picture bubbling pools filled with strange yellow and green liquids. Unusual formations, built up over centuries, rise from the desert floor. The entire place looks more science fiction or Hollywood fantasy than reality. Yet reality is very much where you are, in Ethiopia’s Danakil Depression, a vast plain created by the separation of colossal tectonic plates. Volcanic activity deep underground creates vast hot springs. 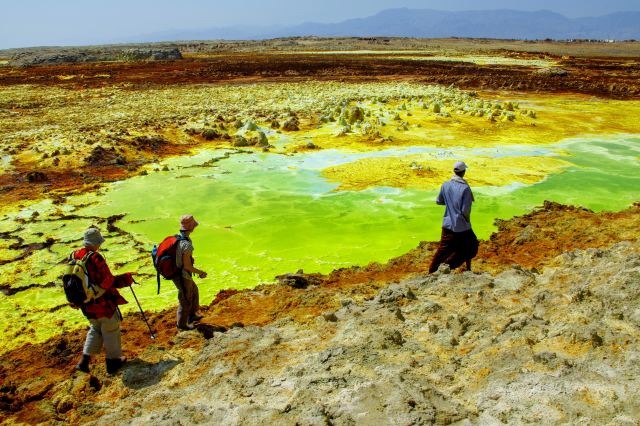 Pools of superheated waters rich in sulfur provide fertile grounds for hearty microbes to push the boundaries of where life is possible. Touring Danakil brings you face to face with the awe-inspiring power contained in the ocean of liquid rock under Earth’s surface. Your best bet is to find a tour operator providing transportation to the depression. Pack lots of water and sunscreen as temperatures often border on the extreme in this harsh and unforgiving environment.

Iguazu Falls are located on the Brazil-Argentina Border near where the two countries also border Paraguay. Foz do Iguaçu on the Brazilian side is a convenient place from which to make the short trip out to Iguazu Falls.

The massive falls are among the largest in the world by flow rate. Powerful cascading drops take the Iguazu River down some 82 meters at the largest drop. Viewing platforms extend out to the edge on both the Brazilian and Argentinian sides. The latter offering perhaps the most thrilling view on the precipice of the so-called Devil’s Throat while the Brazilian side features stunning panoramic views from a little further downstream.

On both sides the falls are contained within national park areas designated UNESCO World Heritage Sites. The stunning scenery helps make this one of the best destinations for landscape lovers.

Hawaii is America’s tropical paradise. Grab a ticket to Hilo International Airport on the Big Island. Hilo is a good choice if you’re heading to Hawai’i Volcanoes National Park, which is home to Kīlauea and Mauna Loa, two of the world’s most active volcanoes. Kīlauea has been erupting nearly continuously for decades. Mauna Loa is the world’s largest shield volcano and the dramatic feature on the landscape. 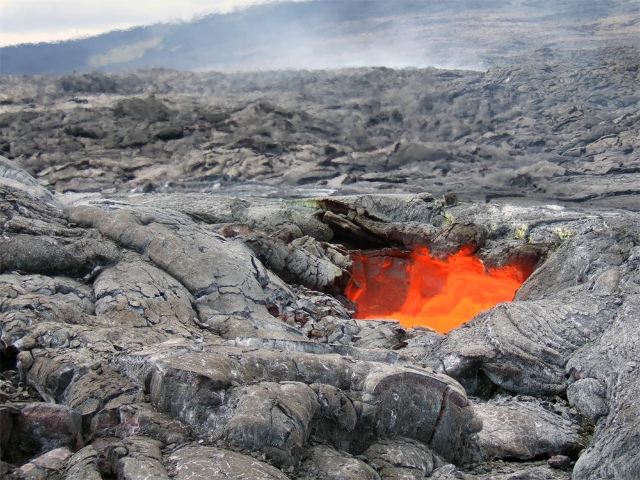 With lava flowing down towards the sea, these volcanos are continually helping to expand the Big Island’s landmass. On the northern reaches of the Big Island is Mauna Kea, a now dormant volcano rising over 4,200 meters above sea level. Home to some of the world’s foremost astronomical research stations, Mauna Kea offers up some of the best stargazing anywhere in the world. It’s a two-for-one!

Planet Earth contains some amazing natural wonders. Over billions of years, unmanageable forces have sculpted our tiny ball of stardust in truly spectacular ways. Whether it is rainbow colored mineral formations, otherworldly sulfuric hot springs, towering mountain ranges, or powerful waterfalls, there’s adventure aplenty across these impressive destinations. Finding just 10 places to visit provided a formidable challenge. We searched far and wide to bring you a little bit of everything. No matter what you enjoy, we’re confident these gems will rank high on everyone’s bucket list. These are certainly 10 incredible natural landscapes to explore in 2020.

Why you should visit nature beauty in Queensland Outback once in Lifetime?
TripBlog

7 Natural Wonders You Must See in Vietnam
TripBlog
Explore More
# Blumenau
# Nagoya
# Koh Chang
# Guiyang
# Manchester
# Abisko
# Vinh City
# Auvers-sur-Oise
# Kaitaia
# Corpus Christi
Any recommended attractions about nature scenery in Zhangjiajie?
I recommended Bailong Elevator, Tianmen Mountain Cableway, Tianzi Mountain, Wulingyuan, Golden Whip Stream (Jinbian Stream).
What's the most popular attracitons in Zhangjiajie？
Here are the best places to visit in Zhangjiajie, including: Tianmen Mountain Glass Walkway, Yuanjiajie, Bailong Elevator, Tianmen Mountain Cableway, Tianzi Mountain.
How to get to Zhangjiajie from Shenzhen North Railway Station?
Shenzhen is a developed city. Trains, planes and cars can reach Zhangjiajie.
How to get to Zhangjiajie from Changzhou?
There is a high-speed railway to Changsha South in Changzhou, and you can take the bus to Zhangjiajie in Changsha South. You can also fly to Zhangjiajie at Changsha Huanghua Airport.
What is the best season to visit Zhangjiajie?
Zhangjiajie can be played all year round. The winter snow scene is beautiful. The warmest season is green from April to October. This is also the tourist season in Zhangjiajie.
In which area should I book my hotel in Zhangjiajie?
Wulingyuan is convenient for living in the scenic area, and Tianmenshan is convenient for living in the city.
Show More FAQ 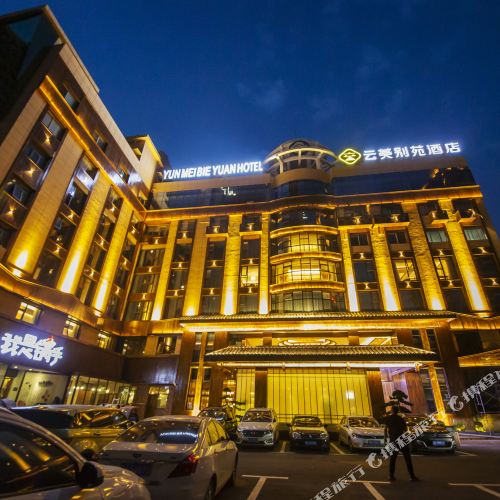 The Beauty of Ancient Chinese City Names and What It Means 2020  |  10 Incredible Natural Landscapes to Explore in 2020  |  An Insider’s Travel Guide to China: Xi’an, Guilin and Yangshuo, Zhangjiajie and More