Stonehenge (a large number of stone rings arranged out in the countryside) located to the southeast of Bath in Salisbury Plain. It is one of the most iconic landmarks of the U.K.

Stonehenge has always been a mysterious attraction. It was discovered in 1130 AD when a British priest went out for a trip, and just so happened to stumble across it. The average weight of these magnificent stones is nearly 30 tons. Even now, people still don't know why the stones have been arranged how they have. 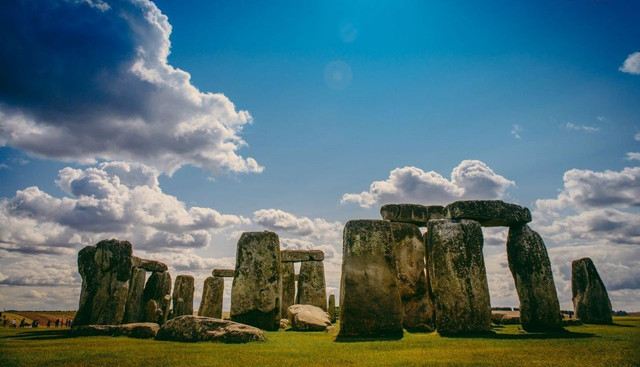 The Roman Baths are located in the center of Bath. They are the most famous scenic spot in Bath and show the history of the ancient city. The origin of the English name comes from these baths.

The well-preserved Roman baths are crowded with tourists every day. The most impressive areas are the Great Roman Bath, the Holy Spring, the Roman Temple and the Roman Bath Museum, which make people feel as if they have traveled back to the ancient Roman period. 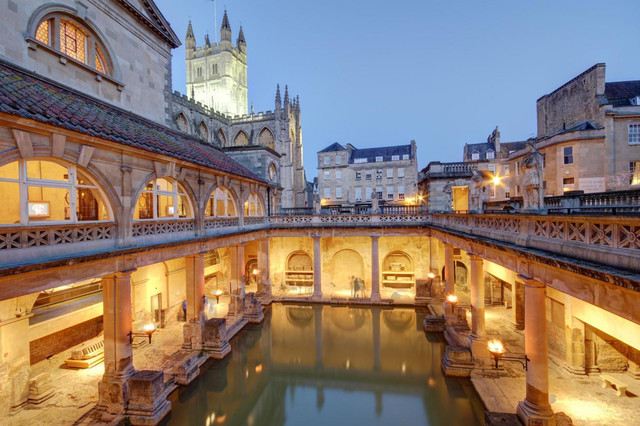 Bath Abbey situated next to the Roman Baths was originally a monastery and later rebuilt into a Gothic church in the 16th century. It is also a famous landmark building in Bath.

This Gothic church attracts people with its outstanding architectural sculptures and magnificent layout. There are more than 50 images of Jesus on the glass windows of the church, which are both colorful and elegant. The basement of the church is a museum which can be visited by tourists. 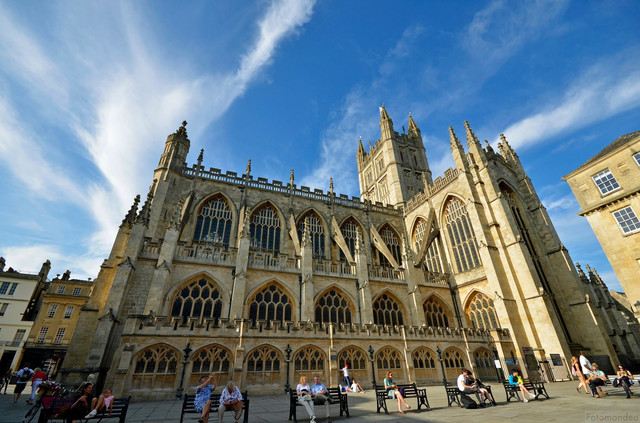 Royal Crescent located on the highlands in the north of Bath's city center. It faces the Circus and is one of the most fantastic buildings in Bath.

Royal Crescent was founded in 1767-1775 AD. It consists of 30 connected buildings and 114 columns. The roads and houses of Royal Crescent form a crescent arc. The elegant aristocratic curves allow people to indulge in the beauty of architectural art. This street has been praised as the most noble street in the U.K. 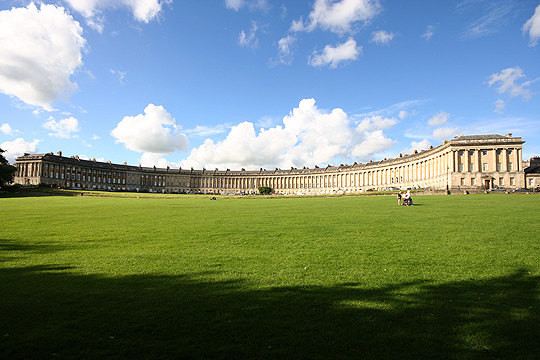 Pulteney Bridge built in 1774 AD. It stretches over the River Avon, linking the old city of Bath with the new one. In front of the bridge there is also an elegant waterfall.

It is one of the only four bridges in the world with shops on both sides of the bridge. The bridge is integrated with buildings on the street, including flower, beverage, and souvenir shops, etc. 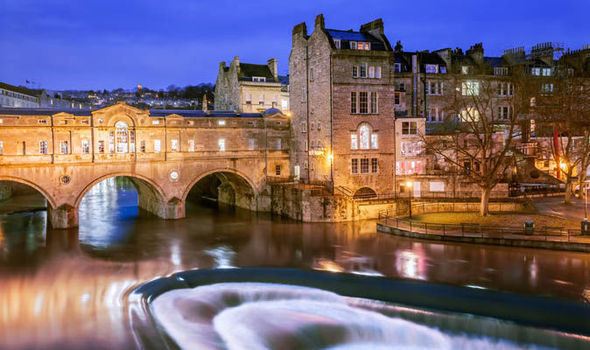 Jane Austen, a famous British author from the 19th century, once lived in Bath where she wrote her famous novel "Pride and Prejudice". Bath also holds a Jane Austen Festival every year.

The Jane Austen Centre, located on the Gay Street downtown, has been rebuilt into a small museum. It showcases her furniture, clothes and precious antiques such as manuscripts and letters. It does a good job at reproducing Jane's life in Bath. The wax figure of Jane Austen at the entrance is ideal for visitors to take group photos with.

The streets and buildings here remain as quiet and serene as Jane Austen described them in the 19th century, and have become the sets of many local British dramas. 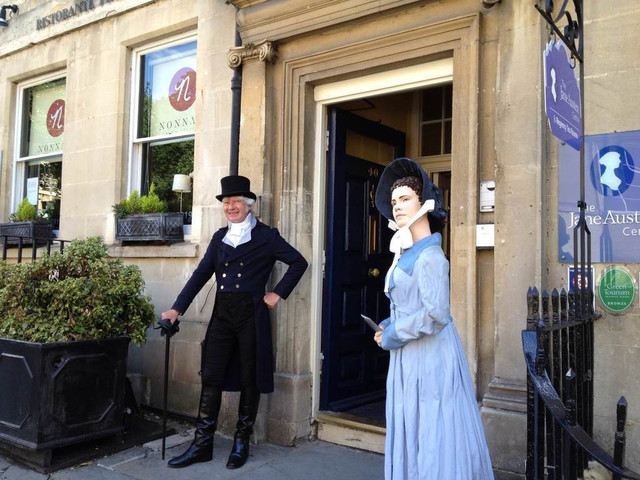 The Circus symbolizes the sun and consists of 33 houses built in three rows. The ring of buildings faces three crossroads.

The square is not particularly large, but the design is ingenious. There is a huge old tree in the central circular space. The surrounding buildings all have Georgian architecture. The circular road between the old tree and buildings is used for pedestrians and vehicles. 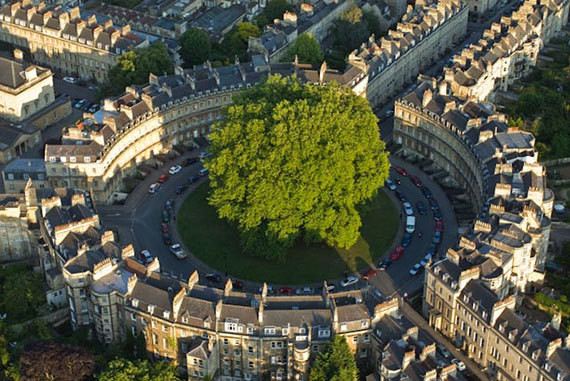 Sally Lunn's House is the oldest building in Bath. The teahouse has a history of over 300 years. Sally Lunn's bread and black tea is served here, and is a rare delicacy in the U.K. It is one of the most popular restaurants in Bath. There is also a small museum in the basement, which shows the history of Sally Lunn's.

Newly baked Sally Lunn's bread with fresh butter and jam paints an appetizing picture. The soft bread in your mouth with the sweetness of jam and butter, accompanied by a cup of black tea. 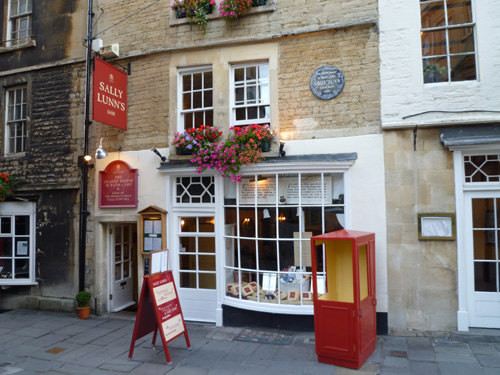 Royal Victoria Park located on the west side of the Royal Crescent, the largest park in Bath. It is a good place to enjoy a panoramic view of the magnificent Royal Crescent.

The park has large old trees, lush grass, flower beds, monuments, and open stages. It is a typical British park with flourishing, natural vegetation without deliberate pruning and design. 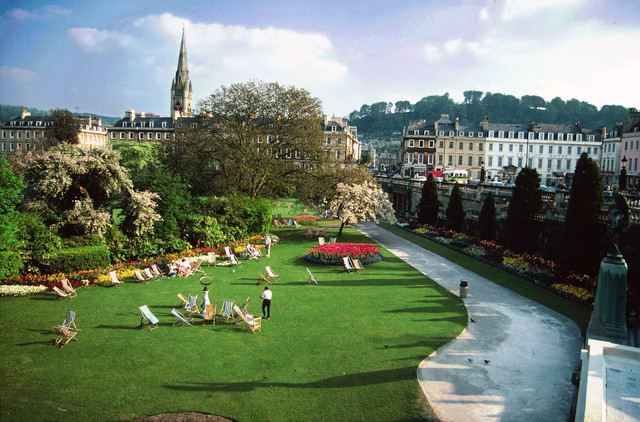 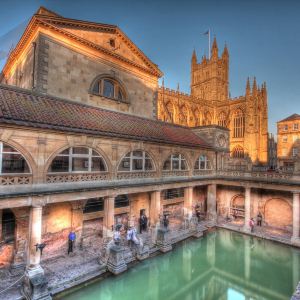 Engineering Marvels in China: From the Great Wall to the World’s Fastest Train
TripBlog

10 Rare and Beautiful Pink Sand Beaches around the World
TripBlog

El Nido: Heaven on Earth in the Philippines
Love.Trip 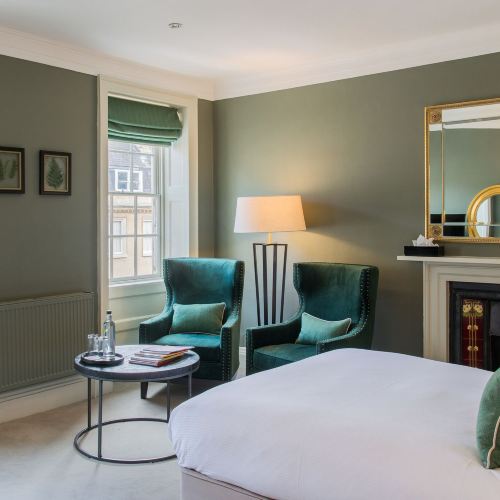 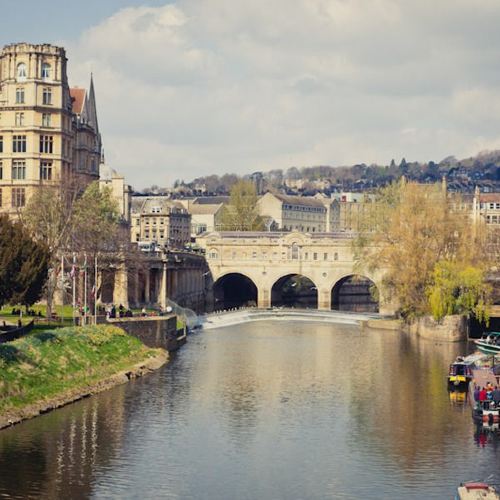 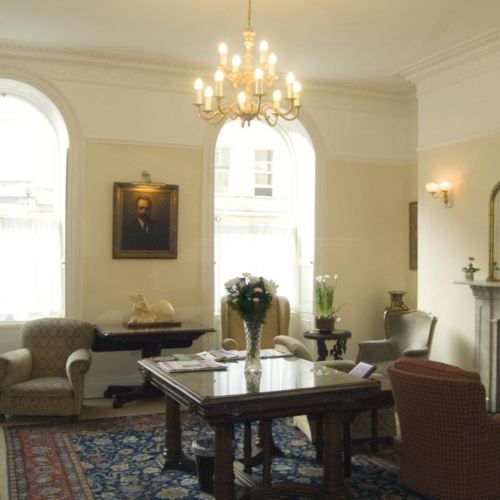 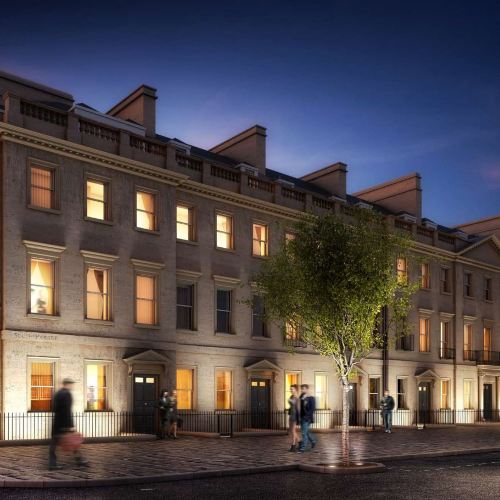