There is no Wishing Pool in Prague, But there are Many Fine Buildings that Must be Seen

There is no wishing pool in Prague, but there are many fine buildings that must be seen

Prague is a place where medieval buildings cluster, and it may be rated as a living specimen of a lifetime’s worth of European architecture. It is also worth mentioning that in 1992, the entire city added to UNESCO’s world heritage site list.

St. Vitus’ Cathedral: The beauty of a gothic classic Gothic style architecture reached its apex in Prague during the reign of Charles IV in the 14th century, who was both Emperor of the Holy Roman Empire and King of the Czechs. St. Vitus’ Cathedral is located within the third courtyard of Prague Castle and may be rated as an outstanding example of this style. The cathedral has been standing for over six hundred years. This building is a work that countless architects slaved over, and is just as thought provoking as a work of art. The rose window above the central entrance of the church is breathtaking. On both sides towers pierce the sky. The bronze relief sculptures on the large doors describe the lives of St. Wenceslas and St. Albert. Upon entering the cathedral and looking up, you will find that the structure is supported by age-old stone pillars, with 2 or 3 of them intertwining in the lofty domes, forming a zig-zag shape that is quite mesmerizing. Upon leaving the cathedral, do not forget to take a look at the southern face. This is the most sumptuously decorated of the faces of the cathedral, and is called the “Golden Gate”. 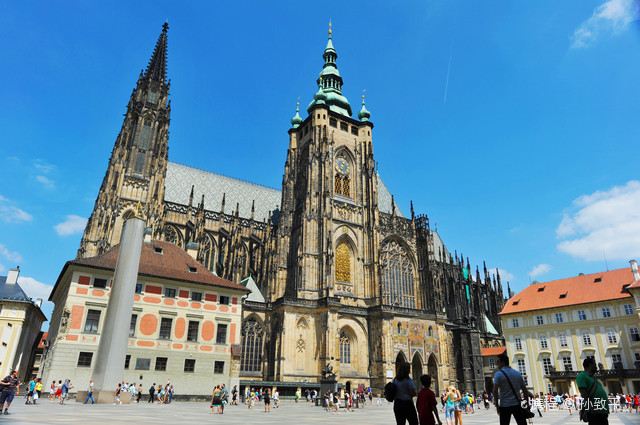 St. Nicholas Church: A model example of the Baroque at its peak St. Nicholas Church is the most beautiful baroque style church of Prague. It has stood for many years in the Lesser Town of Prague square. It’s gorgeous, magnificent vault and lofty bell tower, and incredibly intricate interior decorations make it worthy of the name of being a paragon of the peak era of Prague. Upon entering, you can see the fantastic effect made by rays of light. The internal diameter of the church measures 20 m, the dome measures 49 breathtaking m in height. The church contains many artistic works, such as the “Holy Trinity” of Francis Xavier Palek painted on the altar, and 4 carven statues of priests carved by Ignaz Platzer. Also, the sound color space of the church is excellent. On 4 occasions the musical genius Mozart performed in this church on the pipe organ composed of 4,000 pipes.

The Municipal House: A Jewel of Art Nouveau Art nouveau architecture includes richly colorful ornamentation, more naturalistic forms, and frequent use of materials such as gold, pottery, or multicolor glass. For example, the gorgeous and imposing Municipal House that was constructed during the early 1950s. The front entrance includes a large scale semi-circular ceramic mosaic, along with decorations by Joseph Mazatka and others. Within the building there is a superabundance of art nouveau decorations, also there is work by Alfons Mucha and Max Švabinský, which are very much worth seeing. 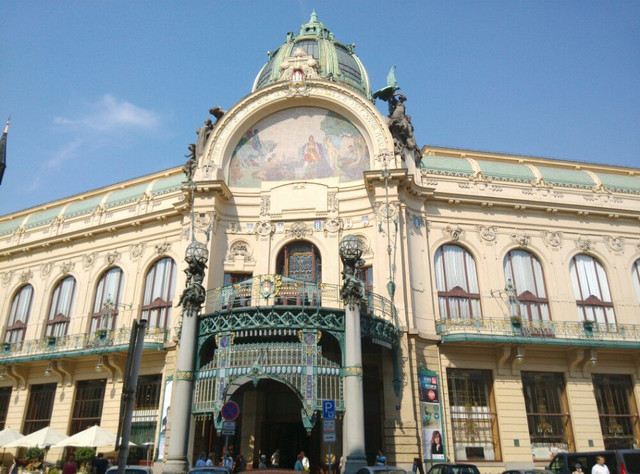 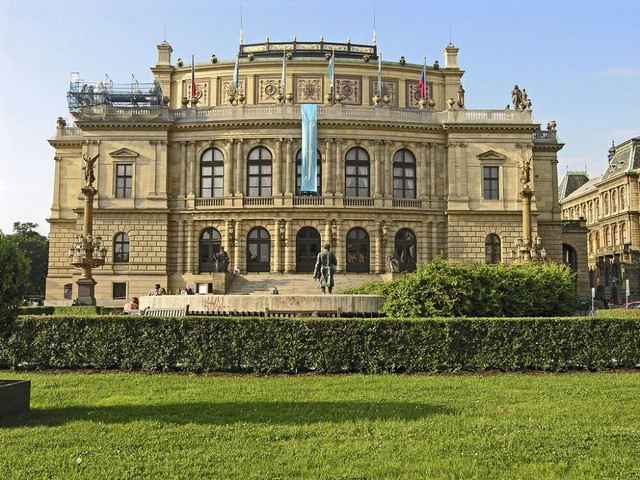 Church of Our Lady before Týn: Two mysterious gothic towers The Church of Our Lady before Týn is located on one side of the square of the old town of Prague, and is one of the most representative buildings of the area. Since the 14th century this building has served as the main church of this district. The church has an altar with ancient Baroque paintings as well as Prague’s oldest pipe organ. The two bell towers stretch into the clouds; both of the 80 meter tall towers are topped by 4 sharp spires, creating the wonderful scene of “a tower that has towers on top of it.” The grey-black gothic spires and two towers are the most eye-catching elements of the church, however the whole building is quite mysterious. These two bell towers have the reputation of being the most beautiful towers of the “City of a thousand Towers” that is Prague. 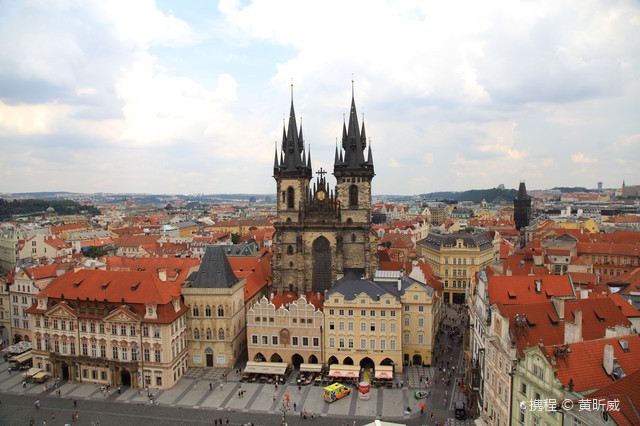 The Powder Tower: A pitch-black gothic landmark building The Powder Tower is a gothic style city gate of the old city of Prague. Build in 1475, it is called the Powder Tower because it was once used to store gunpowder, and at one time was part of the procession for the coronation of monarchs. This was one of the original 13 gates to the city of Prague, and is the only city gate to survive destruction. This is a landmark site of Prague. Looking from afar it seems completely black, but once you enter you will see that the building is decorated with extremely fine carvings, which mostly feature Bohemian monarchs, and guardian Czech saints. The inspiration for the design originated Peter Parler who oversaw the construction of the Charles Bridge. 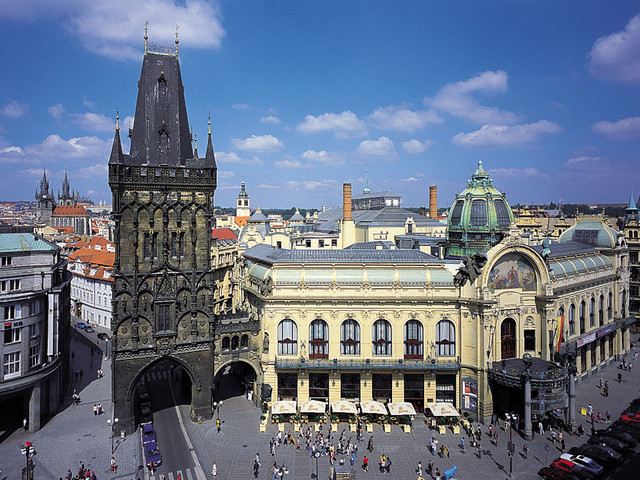 The Beautiful Library of the Strahov Monastery The Strahov Monastery is the oldest and largest of Prague’s monasteries, and is also one of the most complex structures in Europe. Though there have been many reconstructions and refurbishments over the generations, the outer Romanesque shape is still completely intact, and is still used currently for religious purposes. The theological library that it contains is incredibly gorgeous, and has been recognized as one of “the most beautiful libraries in the world.” The entire space is full of a heavy baroque style. The room is decorated with several globes and book shelves, and the paintings on the vaulted roof was painted by famous 18th century artists. The appearance of this is extremely exquisite and ornate, steeping the area in a very artistic atmosphere. 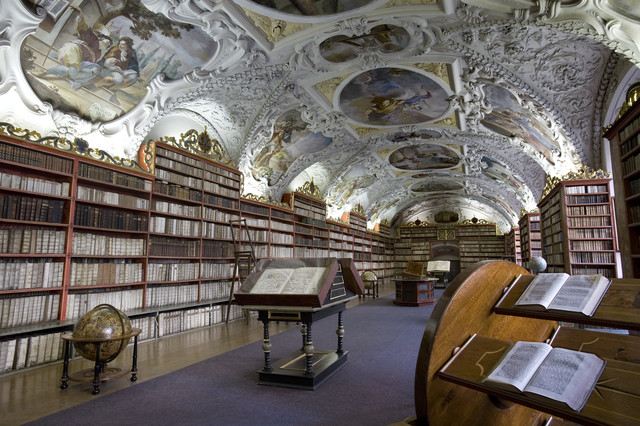 The Dancing House: A building of curved rhythm The dancing house is located in Vltava, and is the nickname of the Nationale-Nederlanden building. It stands out in comparison to buildings of the neo-baroque, neo-gothic, and art nouveau movements, and is an extremely famous and representative building of Prague. The building has a curved and rhythm like shape to it, like two people dancing in an embrace. The left side, which is draped in glass, has the appearance of a “female dancer,” with an upper part that is more narrow and a lower part that is wider, which looks like a skirt for dancing. The right side with a more robust appearance is then the “male dancer.” Some people, called the building the “Fred and Ginger” building after the famous pair of dancers Fred Astaire and Ginger Rogers, since the two buildings so well represents the swirling image of how they danced. 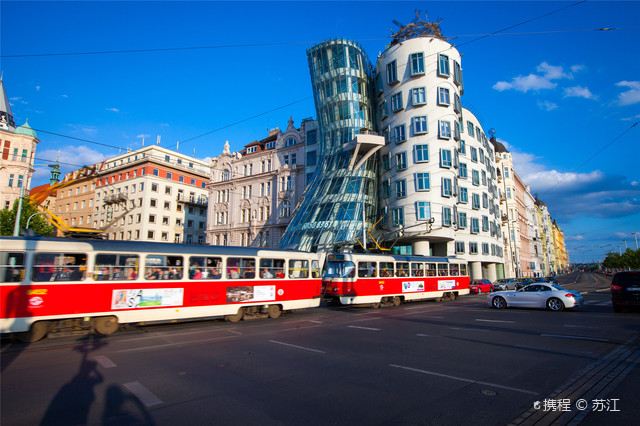 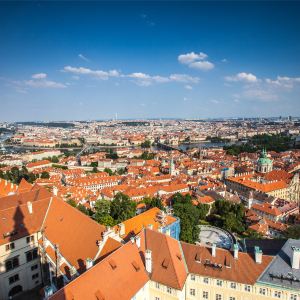 Croatia: A Gem on the Adriatic Sea
Love.Trip
Explore More
# Western Australia
# Huzhou
# Pamukkale
# Tucson
# Pisa
# Wanaka
# Grand Canyon
# Conway
# Apt
# Charleston
What's the most popular attractions in Prague?
Here are the best places to visit in Prague, including: Charles Bridge,Old Town Square,Prague Castle
Any dishes can't you miss in Prague 2020?
Try Czech beer,Czech roast pork knuckle,Czech roast duck
How to get to Paris from Prague?
The best airplane, you can kill the cheap ticket online.
What is a good souvenir from Prague?
Local products in Prague: Spindani skin care products (stores in the Old Town Square), MANUFAKTURA skin care products (Old Town Square store), Bohemian crystal glass products (large shop opposite the astronomical clock), marionettes, Water crayon crayon, garnet jewelry, Czech medicinal wine (available in supermarkets), you can buy them in the Old Town Square. Prague is not a shopping paradise, the price is slightly higher, the prices of local brand skin care products and duty-free shops in the first and second line products are almost the same, the highest price of this trip is Austria.
What currency is used in Prague?
The Czech Republic uses the Krone, but many people in the Czech Republic receive the euro. They will settle it according to the exchange rate. Therefore, you should not need to change too much krona. It is recommended to take the euro. If you don’t accept the euro or the exchange rate is not worthwhile. , then go to the exchange point for a change, the bank and the exchange point can be
What is the most beautiful place in Prague?
Prague Square Feed pigeons, ride a horse-drawn carriage in the square, and enjoy a street performer at the outdoor coffee shop.
Show More 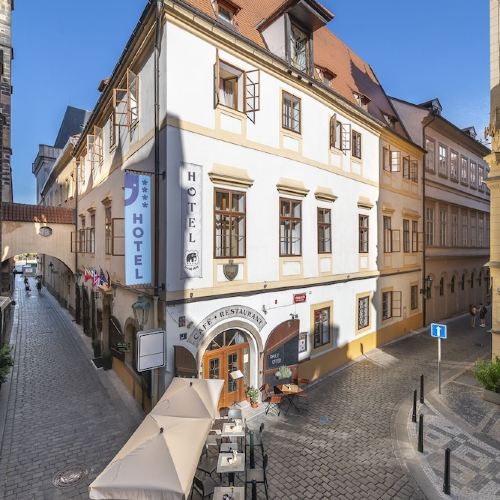 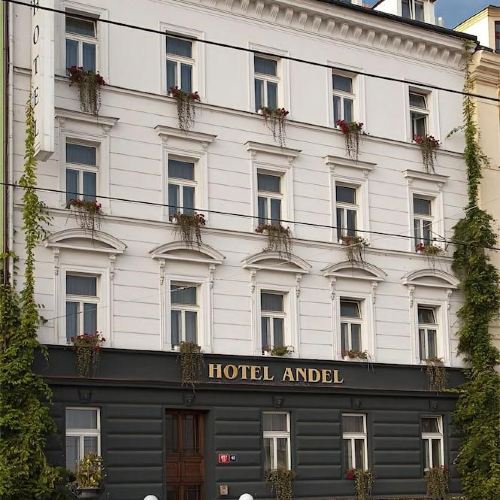 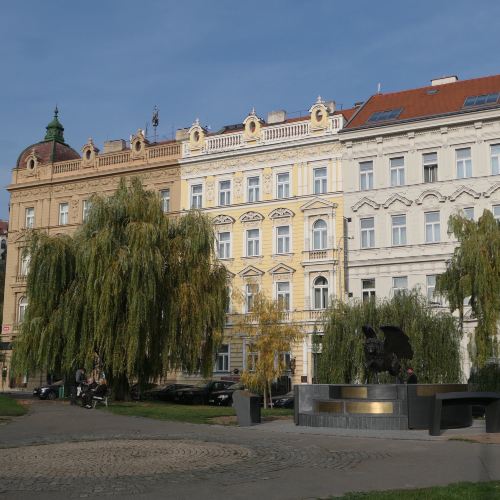 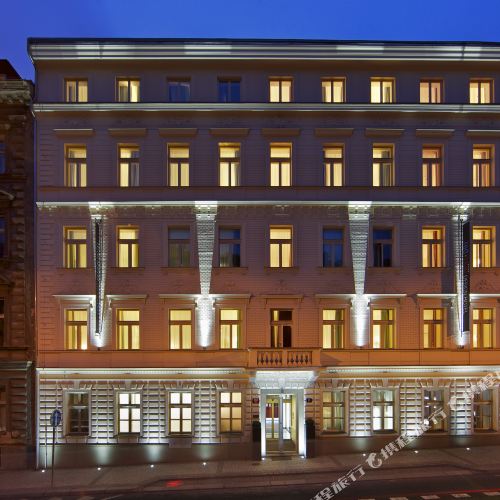 There is no Wishing Pool in Prague, But there are Many Fine Buildings that Must be Seen  |  TOP Ranking Niche Tourist Attractions  |  To Make a Difference, Please Come to The Minority Scenic Spots in Prague.  |  TOP Ranking Niche Tourism Attractions  |  10 Must-See Sights in Prague  |  Top 10 Prague Cathedrals You Need to Know  |  Top 11 Prague Museums You Need to Know  |  Prague 9 Spots to Enjoy The Stunning Sunset Views  |  Top-10 Things to Experience in Prague  |  Top European Bucket List Foods and the Best Places to Try Them