Most Beautiful Beach for Sunbathing

My Khe Beach was named one of the six most beautiful beaches in the world by Forbes Magazine. Comprehensive ranking is based on the softness and whiteness of the beach, the convenience of transportation, the surrounding resort facilities, the sunshine, the size of the beach, and the types of water activities. The white sand beach, more than 30 km long has perhaps the lowest tourists density in Southeast Asia. It is basically a private beach. There are many seafood restaurants around, which are very popular. Under the shadow of the coconut tree, next to the clear water and fine sand, you can rent a beach chair, and enjoy life. It is as simple as that. The wave and wind here is very strong, suitable for water sports such as kite surfing. This candy-like pink building is basically deemed a symbol of Da Nang, as the largest Western church in central Vietnam. It is also known as the Rooster Church due to the wind vane on its tall clock tower. The medieval-style large stained glass windows contrast with the pink exterior, bright and lovely. There is mass on Sundays, so you can go in and visit. Next to the church is a convent of St. Paul with more than 100 nuns. They wear white clothes in the summer and black clothes in the winter, traveling between this place and the monastery on the other side of the Han River. The Son Tra Peninsula is located in the northeastern part of Da Nang, 13 km from the city center. The peninsula is in the middle of the port of Da Nang. It preserves vast tracts of virgin forest and rare species of animals. The natural scenery is magnificent. The Linh Ung Temple on the peninsula is the perfect high point with a panoramic view of Da Nang. The temple is dedicated to the tallest white marble Avalokitesvara in Southeast Asia. It is exquisite and spectacular. The locals come to worship on the first and fifteenth of each month.

Champo Island is located 20 km east of Hoi An, the ancient city of central Vietnam. It was once a station on the ancient Maritime Silk Road. There are coral, seaweed, and other marine life in the waters around Champo Island. The visibility from July to September is 15 to 30 meters, which also attracts some divers. In addition to snorkeling, you can take a boat out to sea for fishing. After catching fish, you can get it processed on the spot at the farm. The fishermen here sell very nice seafood, selling by the pot, cheap and plentiful.

The statues in the Museum of Cham Sculpture are all transported from the religious shrines of My Son ruins for display. Although the Cham Museum is small, the carvings inside are quite exquisite. The 3-story building houses the costumes, everyday utensils, weapons, and ships of the local people in various time periods. The sculptures and relics of the Cham are very old and mysterious. The linga (male genital image) and yoni (female vulva image) placed in the middle of the museum hint at the Cham worship of male penis and female breasts in ancient times. Located 40 km west of Da Nang and at an altitude of 1487 meters, the Ba Na Hills Mountain Resort has become a comprehensive entertainment attraction with integrated high-end hotel, high-altitude cable car, and theme park. The cable car system of the Ba Na Hills holds the world record for the longest single-cable. The cable is 5801 m long and riders can take it from the foot of the mountain to the top. Take the Ba Na Hills Cable Car and experience the beauty of the 4 seasons of Ba Na Hills, overlooking the virgin forest from the heights, as if from the realm of the gods. There is also a Ba Na Linh Ung Temple on the mountain. There is a huge white marble sitting Buddha guarding the entire Ba Na Hills. Marble Mountain is located 7 km southeast of the city Da Nang. On the flat beach by the sea, five peaks of gold, wood, water, fire, and earth (the volcano is a double peak) rise from the ground, imposing and named as Marble Mountain. The highest water mountain (108 m above sea level), has caves that house Buddha statues. Believers come to worship all the year round the Buddha, Avalokitesvara, and other gods. In the past, Cham held religious ceremonies in some of the caves in the water mountain. The observation platform on the mountain has a great view and offers a panorama of the other 4 mountains, white beach, and the city. Asia Park is a collection of Asian culture theme parks. The cultures of more than a dozen countries in Southeast Asia are perfectly represented here. The precision combination of tradition and modernity makes it very interesting. In Asia Park, in addition to amusement rides, there are occasional cultural events such as performing arts, crafts, folk games, festivals, and traditional culture. The ancient city of Hoi An is about 30 km from downtown Da Nang. It is a well-preserved traditional trading port in Southeast Asia dating from the 15th to the 19th century. There are complete Chinese-inhabited streets in the ancient city, with buildings such as Fujian Assembly Hall, Cantonese Assembly Hall, Teochew Assembly Hall, Qingfo Assembly Hall and Chung Wah Hall. In addition, there is the Li Family Ancestral Shrine and Kuan Ti Temple. The ancient city of Hoi An is full of Chinese and Japanese architecture. The layout of the streets and the style of the buildings not only show the simplicity and elegance of Chinese architecture, but also integrate the natural esthetics and liveliness of the local people. Visitors here can appreciate the ancient cultural traditions and feel the rich local atmosphere. 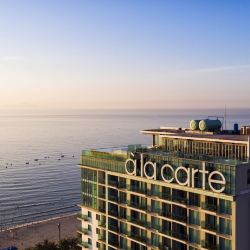 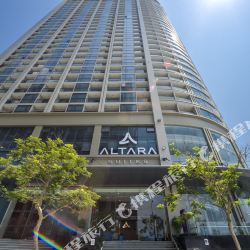 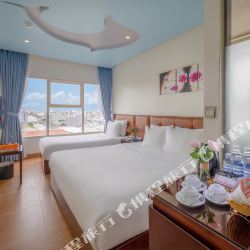 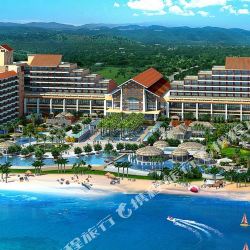