Hawaii is America’s tropical paradise. Lush green landscapes, black volcanic beaches, world class surf breaks, an all-around ideal destination. To highlight all the Aloha State has to offer, we’ve put together this short travel guide looking at the top-5 best things to do in Hawaii for 2019. We’ll venture from the Big Island to Kauai and everywhere in between. Ascend Mauna Kea or dive amongst the ship wrecks on O’ahu. Hang Ten on the North Shore or head into Honolulu for some great shopping and dining. Whatever your passions, you can scratch the itch in Hawaii. It’s not all sunsets and palm trees here (though to be fair that sounds pretty good). Buckle in and let’s get started. Here are the top-5 best things to do in Hawaii for 2019.

Destinations in Hawaii are served by most US domestic air carriers as well as many foreign carriers. The capital Honolulu has the state’s largest airport and will offer the best options if you’re traveling from the continental US or cities abroad. Once in Hawaii, you can easily secure onward air transportation to the other islands. Interisland flights are easy to book, though baggage fees can get out of hand if you’re continually checking bags. Unfortunately, interisland ferry service is extremely limited and does not serve all islands. Land transportation on the different islands is straightforward. Public buses run in Honolulu and larger population centers. Charter bus services exist for intercity connections.

1. Hunting for Waterfalls on Kaua’i

Kaua’i is the fourth-largest island in the Hawaiian chain. Geologically it’s the oldest of the main islands. Līhuʻe Airport is the gateway to Kaua’i and is located on the island’s southeastern shore. Kaua’i’s allure comes from its beautiful scenery, which includes rugged nature preserves. The island relies on tourism to support the local economy so you shouldn’t encounter difficulties. Start on northern coast where you will find incredible beaches at Hanalei Bay. The large bay offers relatively protected waters in the shadow of emerald green mountains. Surf conditions here are world class. Seasoned wave riders often venture here from the more frequented big wave breaks on the other islands. From Hanalei Bay, continue along the island’s north shore to Na Pali Coast State Park. The park’s otherworldly landscapes seem like large honeycombs covered in a dazzling display of green. Myriad coves conceal pristine waterfalls. Trekkers will delight in gazing upon seemingly undiscovered brooks and cascading falls. It’s simply an enchanting destination. On the western side of Kaua’i you will find Waimea Canyon State Park. Known to many as the “Grand Canyon of the Pacific,” Waimea was carved over centuries by rainwater runoff from Mount Waiʻaleʻale. Among the wettest places on Earth, the mountain feeds Waimea’s innumerable waterfalls. Come see the reddish soils and green vegetation set against azure blue skies. It will leave with you the memories of a lifetime. 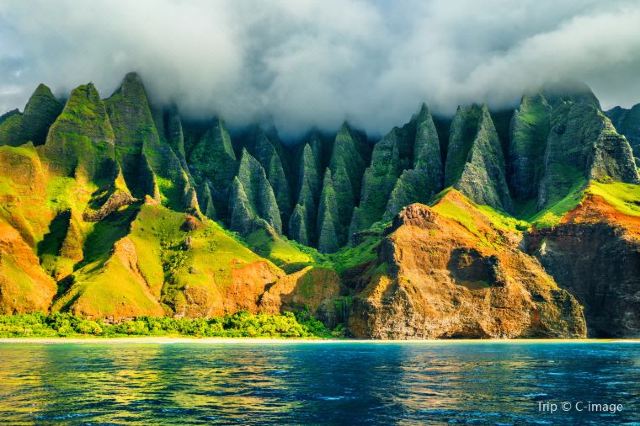 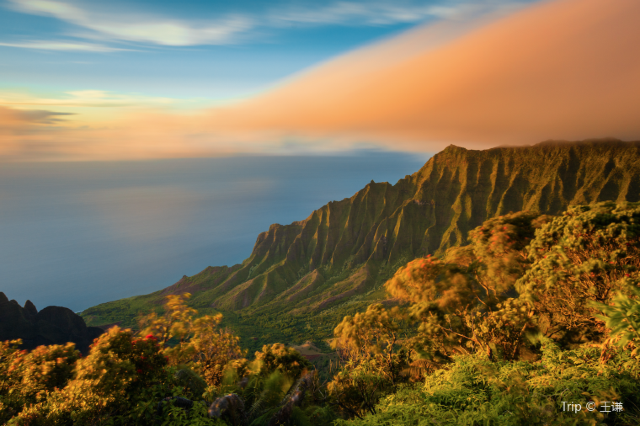 Hawaii’s second-largest island is a true gem. Kahului Airport is located on Maui’s northern shores and is the main route onto the island. Grab yourself a car and take the Road to Hana. The scenic drive along Highway 360 offers near miraculous backdrops as it climbs past roadside villages, pristine swimming holes, and cool tropical forests. When poets describe Earthly paradise, the Road to Hana undoubtedly fits the bill. Along the way be sure and stop to enjoy Hanawi Falls and the Hāna Lava Tube. Upper Waikani Falls is a triple-waterfall system a bit past the halfway point. After arriving in Hana, swing up to Haleakala National Park. The landscapes left by the now dormant Haleakalā volcano are impressive. Many people enjoy catching the sunrise from the mountain, which is possible if you organize your trip ahead of time. Trace the old lava flows down to the Maui’s southeast coast where you’ll come upon the Pools at 'Ohe'o. The hike to the pools is one of the most popular and highly-rewarding treks you can find. On southern Maui near Maalaea you will find the Maui Ocean Center, a 5-acre aquarium with a range of sea life on display. This is a popular spot to link up with whale watching tours. Depending on the season, humpbacks and other species migrate through the waters, drawing legions of spectators pining to see the gentle giants. 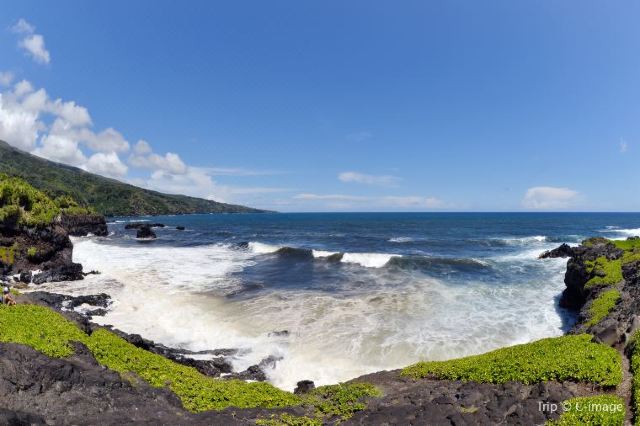 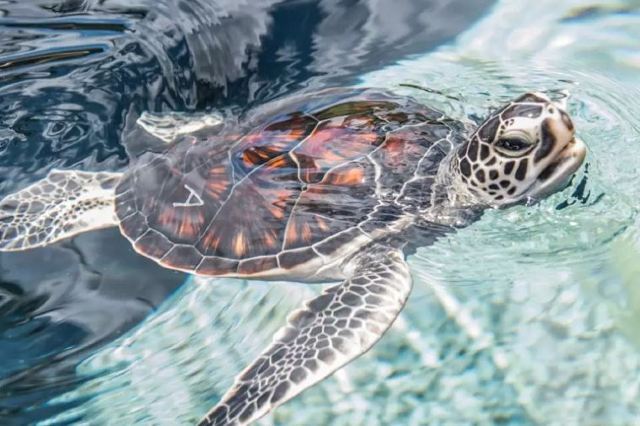 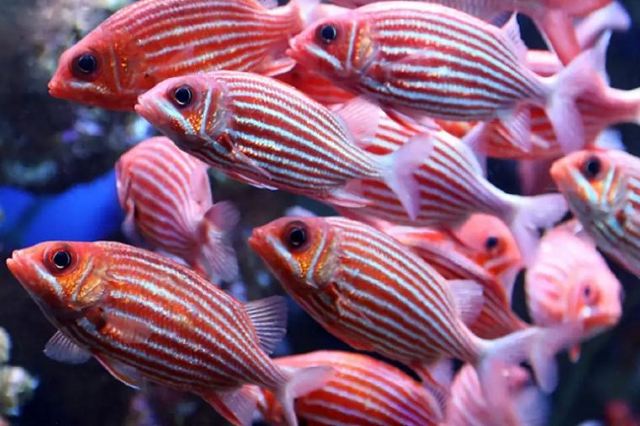 Hawaii’s state capital and largest city will be most people’s first experience on the islands. There are many resorts clustered along the beaches and a vibrant community built around Joint Base Pearl Harbor–Hickam, the US military’s large redoubt in the Pacific. Obviously you should make a point to visit the Pearl Harbor National Memorial and see the remains of the USS Arizona. It’s a moving tribute to the more than 1,100 sailors and Marines still entombed there. Visitors can also tour the decommissioned USS Missouri, on whose deck the Japanese government signed the instrument of surrender on September 2, 1945, thereby ending World War II in the Pacific. Afterwards, head back into Honolulu where you can stroll along the famous Waikiki Beach. Imortalized in many a 1960s ballad, Waikiki is synonymous with Hawaii. The long sandy beach and neighboring resorts attract visitors from around the world. A little further along the coast is Diamond Head. Hike up to a great overlooking view along the shore and back towards Waikiki. At night, visit the restaurants and bars scattered throughout the city. If you’re looking for a good historical tour, Iolani Palace features exhibitions about indigenous Hawaiian culture and the monarchs who ruled here before the US government deposed them. Honolulu is in many ways the center of Hawaiian life so you’re sure to find plenty to enjoy. 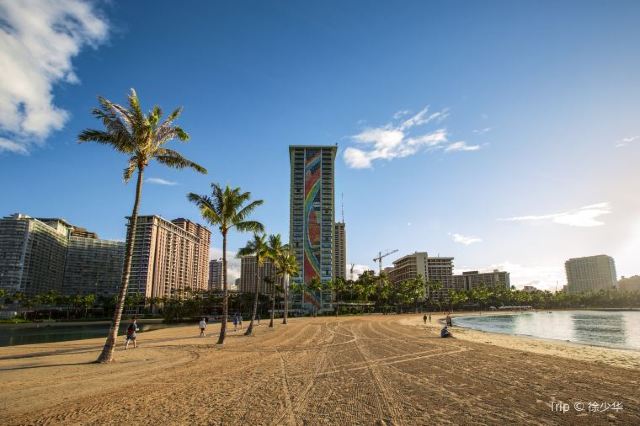 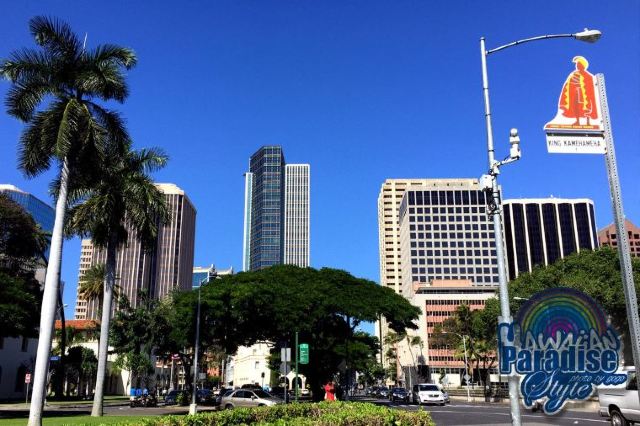 O’ahu has a lot to offer beyond Honolulu. From arguably the world’s single best section of surf breaks to spectacular Hanauma Bay, you could easily spend your entire Hawaiian vacation on O’ahu. If you’re setting out from Honolulu along the Kalaniana’ole Highway, make a stop at Hanauma Bay. The bay’s spectacular blue waters backdrop photos taken from the surrounding hills. Further up the road, you’ll find Halona Blowhole. The natural rock formation was created over centuries as pounding waves wore away the rock and pressure differentials send water shooting skyward. Along O’ahu’s northern shores are famous surf breaks including Sunset Beach and Banzai Pipeline. However, surf aficionados will head straight for Waimea Bay. It was here in 1957 that Greg Noll and a handful of others revolutionized surfing and brought the big into big wave riding! Waimea has long loomed large in the surfing community. This is the place to be if you want to test yourself against the best. On you way out to Waimea along Route 99, stop at the Dole Plantation and walk through the pineapple fields. Finally, those anxious to get under the waves will find some excellent scuba diving and snorkeling on O’ahu. There are many dive operators around the island. Consider venturing to the USS YO-257 shipwreck site if you want a fascinating and challenging underwater adventure. 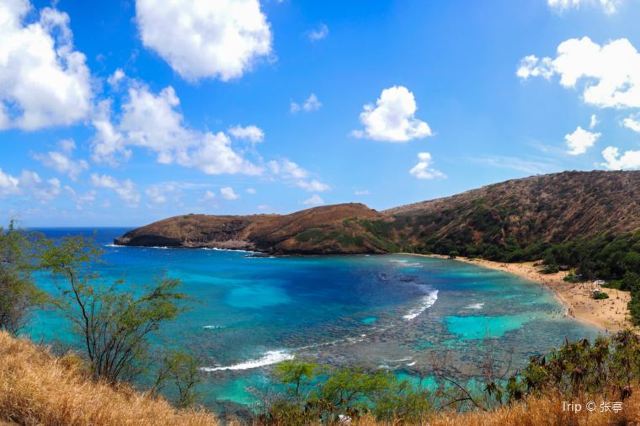 5. Star Gazing and Volcano Hunting on the Big Island

The Big Island is where you can sample the best Hawaii has to offer. Flights are available to either Kona International Airport on the west side of the island or to Hilo International Airport on the east. Hilo is a good choice if you want to reach Hawaiʻi Volcanoes National Park. This is where you will find Kīlauea and Mauna Loa. Kīlauea is one of the world’s most active volcanoes and has been erupting nearly continuously for decades. With lava flowing down towards the sea, Kīlauea is always adding to the Big Island’s landmass. Mauna Loa is the world’s largest shield volcano and the dramatic feature on the Big Island landscape. Volcanoes National Park became a UNESCO World Heritage Site in 1987 and is truly one of the most beautiful places in all Hawaii. Not far outside Hilo city is the famous Rainbow Falls, so-named for the persistent rainbows visible there nearly year-round. On the northern reaches of the Big Island is Mauna Kea, a now dormant volcano rising over 4,200 m above sea level. Due to this elevation, its summit sits above most weather systems resulting in fantastic astronomical viewing conditions. The Mauna Kea Observatories take full advantage to conduct some of the world’s most cutting-edge research. The telescopes here are among the best in the scientific community. Amateur astronomers or anyone who enjoys a good stargazing party will be beside themselves on a visit to Mauna Kea. In wintertime it’s about the only place in Hawaii that receives measurable snowfall. So you can climb from tropical jungle to snow-capped mountains in just a few hours. 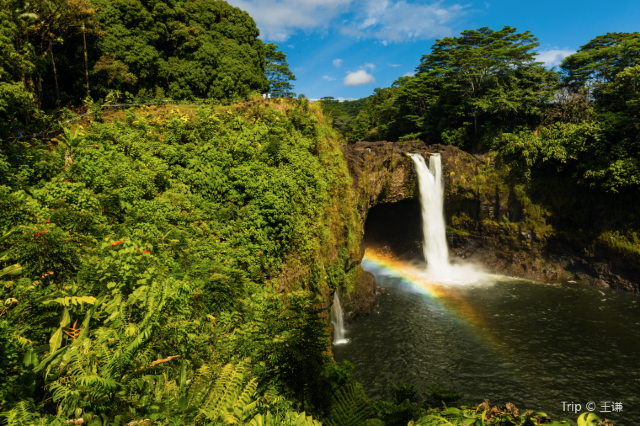 Hawaii’s rich landscapes and proud indigenous culture have long attracted visitors. There is a beauty here found nowhere else in the United States. With a well-developed tourist infrastructure and easy connections to the mainland and cities abroad, Hawaii is the ideal getaway. Come explore the pristine trails on Kaua’i, snap photos of migrating whale pods off Maui, shoot the curl at Banzai Pipeline, or stand in awe of immense volcanic eruptions on the Big Island. Hawaii is a place you have to experience to believe. Once you do, you’ll understand why the Aloha State is nothing short of paradise. 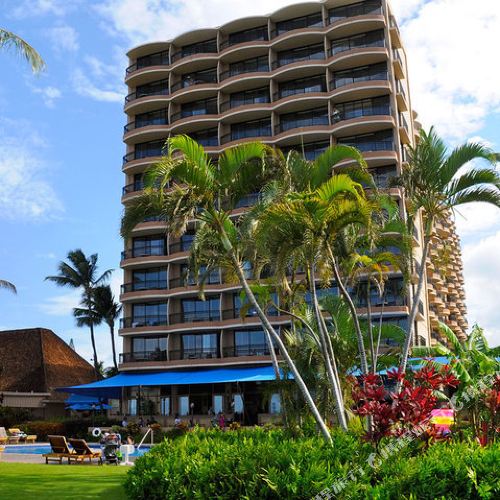 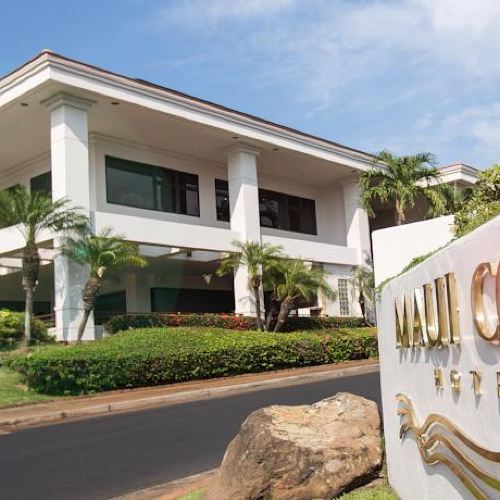 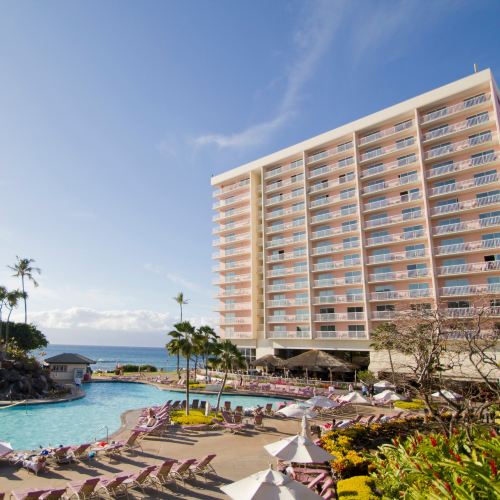 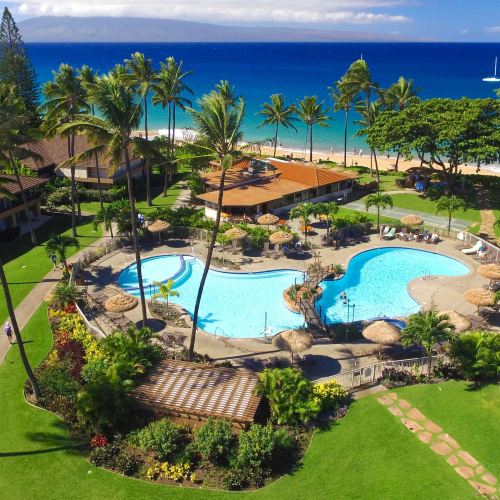 Virtual Museum Tours to Take During Lockdown: National Park Virtual Tour & Aquarium   |  Maui, Moana: Selected Accommodation on Hawaii Islands  |  Six small towns in Hawaii  |  Top-5 Best Things to do in Hawaii for 2019  |  The World’s Top-10 Best Nude Beaches to Take It All Off