Top 9 Spanish Food You Must Try in Spain

Spain is a foodie heaven in Europe, in which every region boasts special cuisine culture and specialties, such as: Cocidos Madrileno, Paella Barcelona, Roast Sulking Pig Sevilla and so on. Each type of food should not be missed!

Paella
Arroz Negro is A Kind of Food That Turns Your Teeth Black after You Enjoy It.
The Most Delicious Spanish Cocido
Roast Suckling Pig: The Most Famous Delicious Cuisine in Sevilla.
The Churros Con Chocolate is Always Very Popular
Have A Drink of Madrid’s Purest Horchata.
Cabello de angel: A Special Snack in Cordoba.
Tapas: A National Qintessent Pre-Dinner Snack
Jamón

Representative of Spanish staple food With wide varieties and brilliant colors like red, yellow, black and white, Paella is the pride of Barcelona. The most representative is the Mixed Paella, a combination of rice, seafood, Spanish sausage, and vegetables, which is full of delicious taste after being cooked in a frying pan with saffron oil. Different from the Chinese rice, the rice used in Paella tastes a little bit half-cooked for Chinese people. Maybe not everyone will like it. 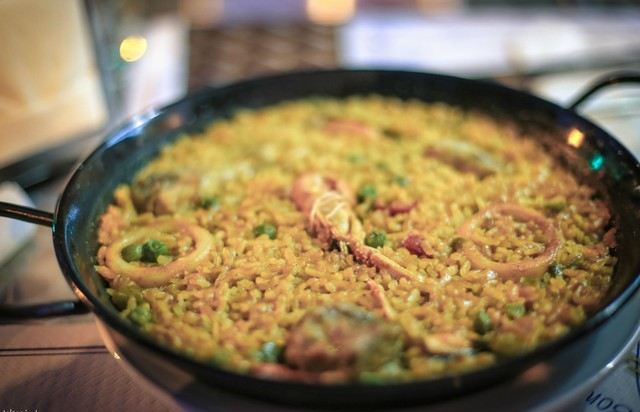 Arroz Negro is A Kind of Food That Turns Your Teeth Black after You Enjoy It.

Arroz Negro is a special food in Catalonia in Spain with ingredients of sepia (or squid) and rice, its taste is a little bit similar to Paella. Although it looks like dark, it tastes awesome. You’d better avoid having it during a date for it is hard to hold a mouth of black teeth. 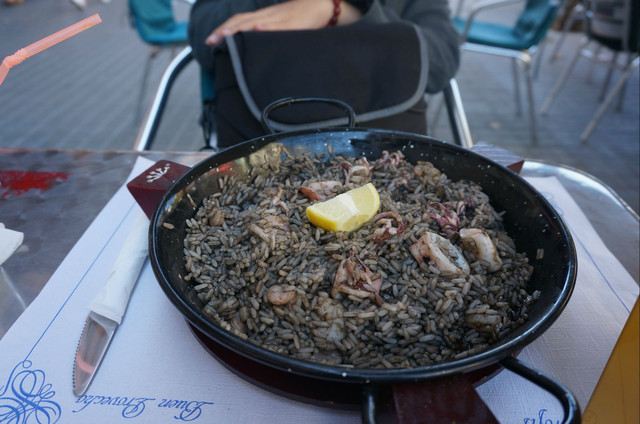 The Most Delicious Spanish Cocido

La Bola, a family-owned business run by the fourth generation, started in 1870, specializes in traditional Spanish cuisine and continues a century-old cooking style where the best Cocidos Madrileno, also known as hodgepodge, is served. The waiters at the restaurant are very enthusiastic, and if you want to see the process of making this dish, they will take you to the kitchen with great enthusiasm. It also offers a Chinese menu, with a per head consumption of around 30 to 35 euros (about 210 to 245 yuan). Usually a great number of people dine here. A reservation made one day in advance is advised. 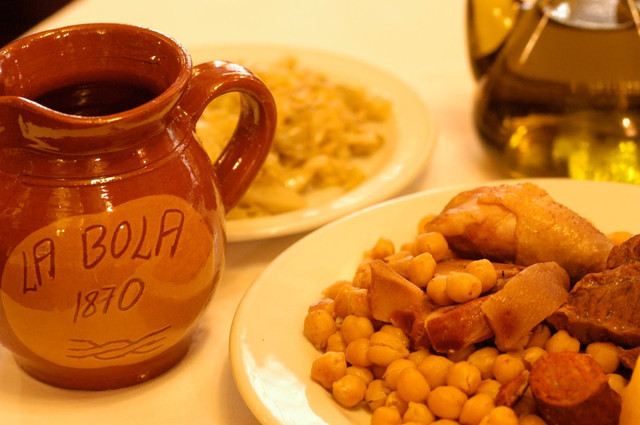 Roast Suckling Pig: The Most Famous Delicious Cuisine in Sevilla.

Roast suckling pig is one of the most attractive local cuisines in Spain, originating in Sevilla which boasts the title of “Roasted Suckling Pig City" in Spain. The roast suckling pig here attracts countless tourists every year with crispy and chewy skin and tender meat. Mesón de Cándido , a famous century-old restaurant in Segovia around Madrid, provides roast suckling pig that can be claimed to be one of the best delicious roast suckling pig in Spain. The tools here for cutting the Roast Sulking Pig are also unique which are the white porcelain plates that are used to serve dishes in the restaurant. It is considerate of the restaurant to provide the menu in Chinese which is an appealing point. The per capita consumption here is around 25 to 30 euros (about 175 to 210 yuan). 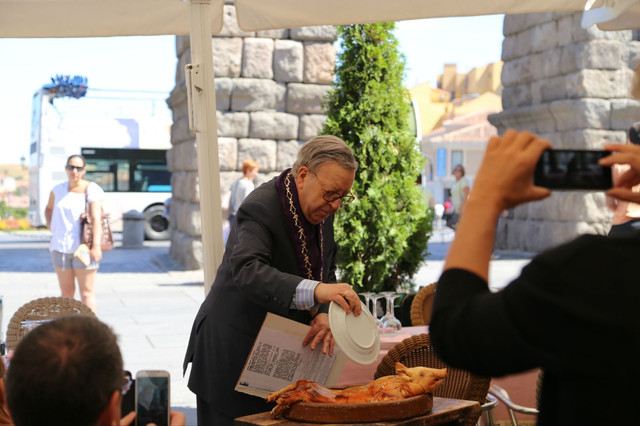 How can you not try churros con chocolate in Madrid? A hot chocolate coupled with churros is the best match in cold days. Compared to the Churro, the thicker Porra is more suitable as it tastes similar to a Chinese deep-fried dough stick. 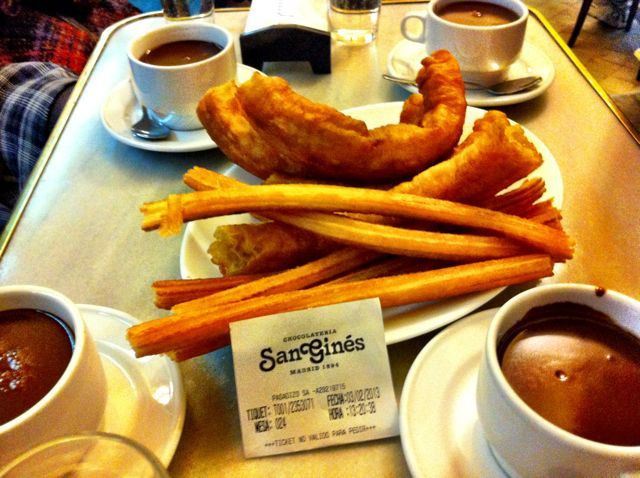 Have A Drink of Madrid’s Purest Horchata.

Speaking of the perfect thing to relieve summer heat, apart from ice cream, the special drink Horchata in Spain is worth mentioning. This drink, originating in Valencia, Spain, contains a variety of grains and tastes similar to Chinese soy milk, and is a unique drink in Spain. 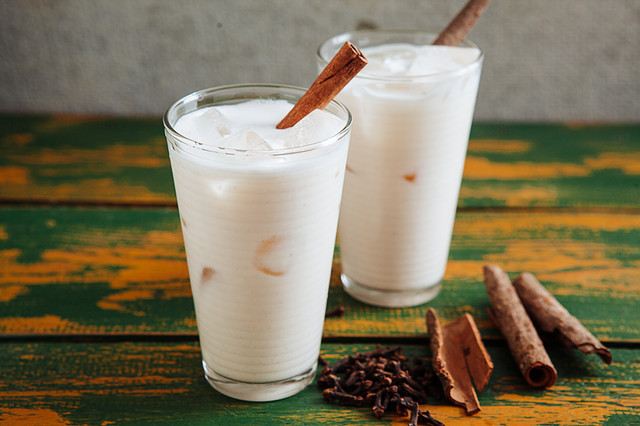 The cedrat muffin is one of many desserts in Spain, it is representative of Cordoba's desserts. It has a fancy name called "cabello de angel", it has a sweet and crispy taste with Arabic flavor. 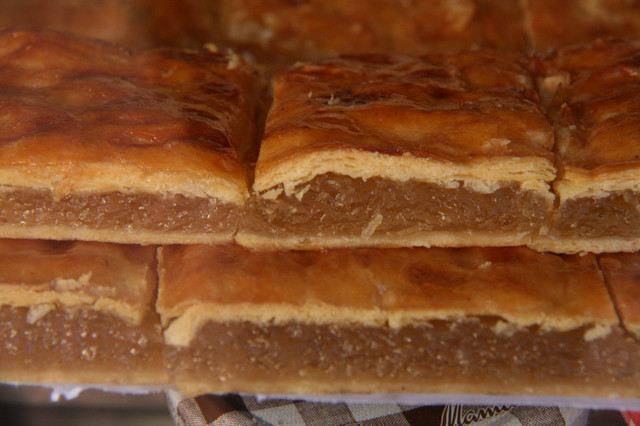 Tapas can be regarded as the quintessence of Spanish food and is served in almost all Spanish restaurants. It looks delicate and lovely, with a small piece of bread stacked with ingredients such as sausages, cheese or ham and so on. Thus, it has dozens or even hundreds of different flavors. Tapas in Spain are derived from Andalusia, so Tapas there are more varied and cheaper than those in big cities in Madrid and Barcelona, with prices ranging from 1-3 euros each. Generally eating several makes people full at night.

the most delicious specialty in Spain Raw ham (Jamón) is the most delicious special food in Spain, with seductive golden color outside and delicate crimson texture inside. Cut a thin slice of it with a special long knife when you eat and you will get a sweet and fascinating taste. Iberico Ham is the most famous, it claims to the best ham with relatively high price and good taste. Hams in Spain are mostly flavored with coarse salt, and is naturally air-dried, very simple and natural. Because they are preserved whole, they must be cut into thin slices by hand when you eat. Supermarkets sell vacuum-packed ham that has been cut. There are many ways to eat ham. The most authentic way is to eat it with melon. One slice of ham with a melon is just right for the melon neutralizes the smell of the ham. 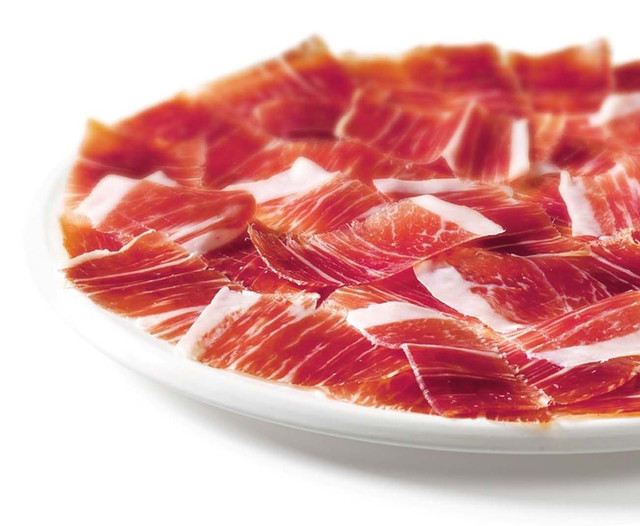 Top-10 Things to do in Barcelona for 2019
TripBlog

A Route to Explore Nature's Majesty: Travelling in Yellowstone Park
opp-snow
Explore More
# Osaka
# Marrakech
# Miami
# Edinburgh
# Chongzuo
# Wanaka
# St. John's
# Fredericksburg
# South Padre Island
# Tsuchiura
Any recommended attractions about nature scenery in Barcelona?
I recommended Barceloneta Beach, Port Olímpic, Tibidabo, Port Vell, Montserrat.
What's the most popular restaurants in Barcelona?
Here are the absolute best restaurants in Barcelona: Teresa Carles, La Cova Fumada, La Flauta, Wok Dao, La Malandrina.
What's the most popular attracitons in Barcelona？
Here are the best places to visit in Barcelona, including: Camp Nou, Palau de la Música Catalana, Picasso Museum, Barcelona Cathedral, Columbus Monument.
How to get to Madrid from Barcelona?
Still recommend the train... Hurry up, it’s almost 3 hours, and there are more trains and services.
How to get to Barcelona from Nice?
It seems that there are cheap flights, 400 to 500; however, the time is not appropriate. The train, it is not a high-speed rail, the price can not remember, it is very cheap (6 people box), but it takes up the daytime, of course, the road is very good
What's the best food in Barcelona?
Tapas, paella Spanish cuisine
Show More FAQ 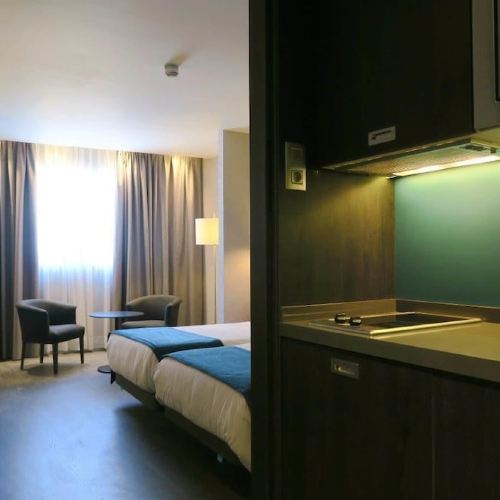 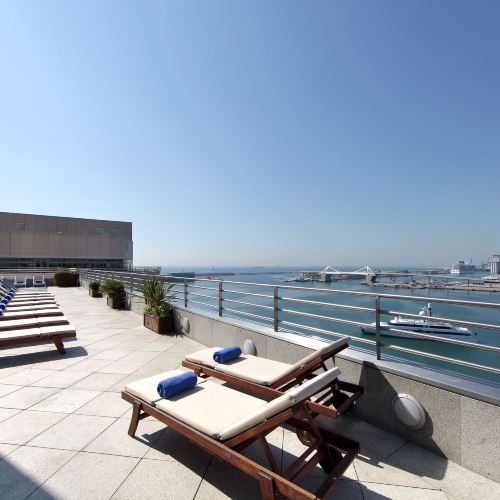 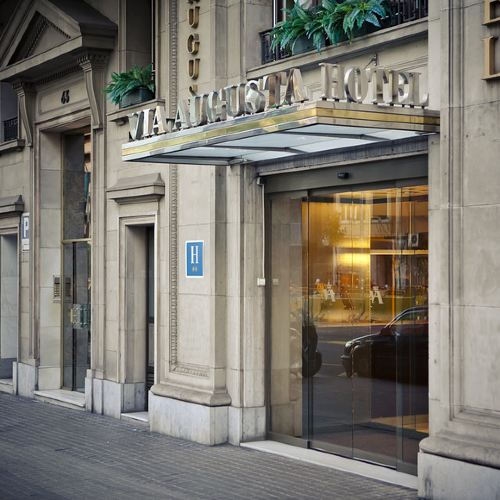 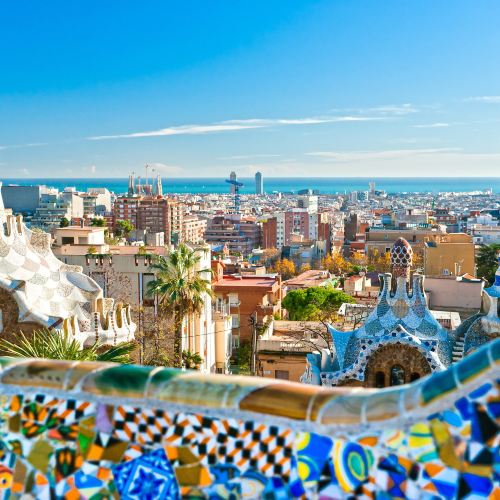 Romantic and gourmet, everything you need to know about the best restaurants in Puerto Vallarta  |  Visitor Guide to Gaudi's Masterpiece-Sagrada Familia