The Land Closest to The Heavens

Not to be Missed: Autumn in Pudacuo Shangri-La: the Lost Horizon. Picture vast emerald fields, sparkling lakes and colorful Tibetan prayer flags dancing with the wind. The devout on their knees, kissing the sacred ground, mountains and waters - such a sight has hardly changed in the millions of years that have passed.And those clouds hanging by the mountains peaks? They look like they can be blown away with just the gentlest breath of air. Recommended route: There are many holiday routes one can embark on throughout Yunnan. The Shangri-La trail tops them all.This is the site where three famous rivers of China run parallel to each other — Yangtze, Lancang and Nujiang rivers.You'll need at least a week to thoroughly soak up the magnificent views. That's not even including the cities Dali and Lijiang, Jade Dragon Snow Mountain, Pudacuo National Park and Dukezong Ancient Town. For a more immersive experience on your own time and pace, it is advised to extend your trip by a few more days.

Note: Average temperatures in September can go as low as 0℃ (warmer temperatures around 11℃ can be expected in the day). The weather starts to cool during this period, so it is advised to wear warmer outfits such as coats when traveling. 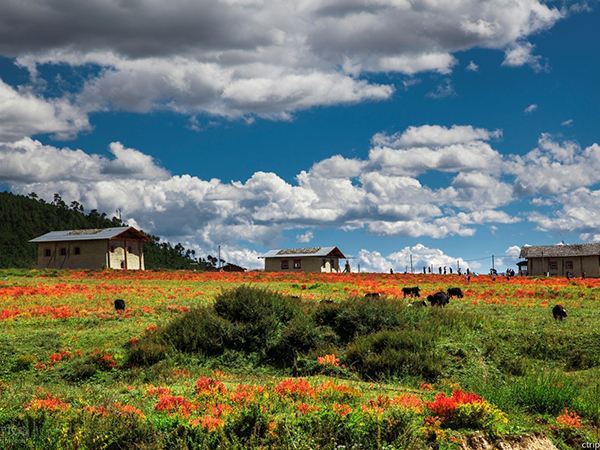 Tales of Beauty and Mystique

Not to be missed: An exclusive autumn experience of the secretive, golden realm; Kanas Lake is so beautiful it has been called a "celestial realm on earth, the garden of the gods".Xinjiang may be situated near the northwestern borders of China, but its mountains including Tianchi, Yining and Nalati, and is intriguingly blessed with green hills and lush forests. Recommended route: With land this wide and all-encompassing, 10 days are certainly not enough! Before reaching Kanas Lake, one will pass by Ürümqi and the Heavenly Lake of Tianshan. The unique landforms of Wuerhe Ghost City are also worth visiting,not to mention Sayram Lake. Along the way, enjoy the grassy fields of Tianshan and the expansive views of Western China.

Note: Xinjiang is spread out over a large area, and temperatures can vary greatly.The average temperature at Kanas Lake ranges from 5℃ - 12℃. There are often winds nearby. Overall, the climate is relatively chilly, and it is advised to wear padded coats and jackets. 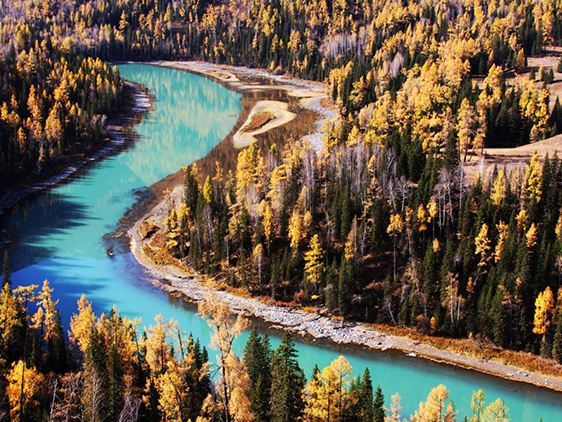 Land where The Egrets Rest

Not to be Missed: Slow walks in Gulangyu; although many Chinese cities share the same vibes, just like a duplicate of one another,Xiamen is the exception. The rippling waters of Xiamen are clear and pretty.This city has its own distinctive identity. Dozens of artistic souls have fallen in love with the city, and cannot bear to take their leave. Those who do are already making plans to return.Recommended route: In line with its dreamy, slow pace of life, set aside 7 days to truly embrace the scenic sights, history and culture of Xiamen.It is advisable to spend 1 - 2 days in the city center, and leave more time for Gulangyu.Attractions such as Sunlight Rock, Wormhole Bookstore, South Putuo Temple and Xiamen University all showcase the unique charisma of Xiamen. Get to know and appreciate Xiamen more by visiting them all.

Note: Located in the southern part of China, Xiamen in September will not be too cold, with temperatures ranging from 24℃ - 31℃. Morning and evenings are pleasant, though it may get a little hot around noon time. It is advisable to dress casually in T shirts and cotton clothes when travelling. 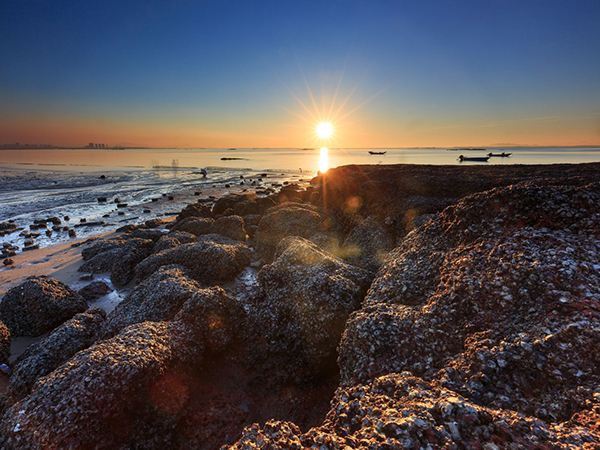 Not to be missed: Travelling through time via the Silk Road Dunhuang — strategically located at the crossroads of Silk Road, this city is not simply a city. It is a living symbol of the commercial, cultural and ethnic interactions that have taken place for over a thousand years.Renowned for its "Dunhuang Caves" and "Dunhuang Wall Murals", this is also where the Mogao Caves (UNESCO World Heritage site) and the Great Wall's Jade Gate Pass and Yang Pass reside.Recommended route: Since the Qinghai and Gansu provinces span over a large geographic area, road trips and tour buses are recommended. For the full Silk Road experience, aim to spend at least 10 days. We suggest starting from Xining, and spend the first 4 days enjoying the scenic views of Lanzhou, Chaka and Delingha. Reserve your remaining journey for the time-honored gems of the Mogao Caves and Jiayu Pass.

Note: The average temperature in Dunhuang during September is around 9℃ - 27℃. The temperature difference in the day and night can be quite huge.Casual clothes and padded coats are advised when traveling. 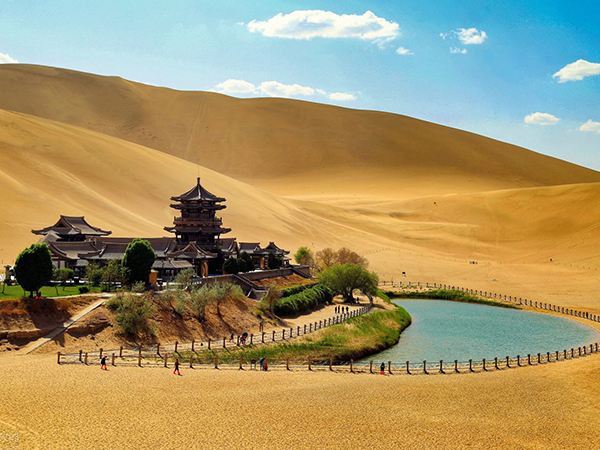 Not to be missed: Resort island with its own twist. Weizhou Island is formed by volcanic eruptions, and offers scenic views of coastal and lava landscapes. Fondly known as the "Island of Immortals" in the South China Sea, this volcanic natural harbor brought about by coastal erosion boasts a distinctive Hakka cultural influence.Recommended route: Compared to the bustling and modern Hainan Island, Qingdao and Dalian, Beihai is the very image of tranquility.Any carefree holiday at the seaside deserves at least 5 days. 2 full days should be devoted to Beihai's Weizhou Island for fun and relaxation.It may be small, the island certainly doesn't lack in any department. Its varied attractions include Wucai Beach (Multicolored Beach), Shiluokou Beach, Crocodile Hill and Zhuzailing (Piggy Rock). Water adventures and facilities typically found on islands can also be enjoyed here.

Note: The average temperature in Weizhou during September ranges from 25℃ - 31℃. Given the relatively hot weather, and with seawaters all round the island, shorts are recommended. 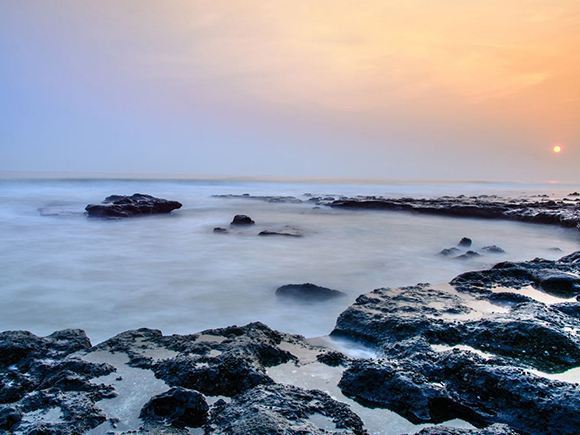 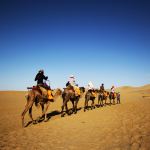 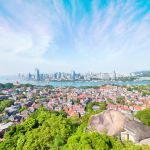 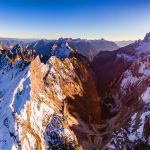 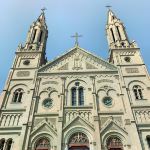 Meet a Billionaire: Cities To Visit To Encounter the Ultra-Wealthy
TripBlog

The World’s Top-10 Best Nude Beaches to Take It All Off
Trip.com

10 One Day Tour in Hong Kong in April
TripBlog
Explore More
# Cesky Krumlov
# Luxembourg
# Coron
# Tampere
# Cleveland
# Cincinnati
# Cocoa Beach
# Hashima
# Grand Junction
# Enniskerry
What's the most popular attractions in Dunhuang?
Here are the best places to visit in Dunhuang, including: Mingsha Mountain Crescent Spring,Mogao Grottoes,Yadan National Geological Park
Things to do near Dunhuang for family & child?
You could try Mingsha Mountain Crescent Spring,Mogao Grottoes,Yangguan Ancient Site,Yueya Spring Small town,Yumen Pass in Dunhuang
Any recommended attractions about nature scenery in Dunhuang?
I recommended Yadan National Geological Park, West Thousand Buddha Caves, The Han Great Wall, Dafangpan City Site, Dunde Glacier.
How to get to Xining from Dunhuang?
The long-distance bus from Dunhuang to Xining is very tired. The general tourists are from Dunhuang by train to Lanzhou and then from Lanzhou to Xining.
How to get to Dunhuang from Xi'an?
The plane has direct access, the train also has direct access, but the train is much cheaper and can be purchased in Shanghai.
What is the best season to visit Dunhuang?
The best time for Dunhuang tourism is from May to June. The climate is cool during this time, but the temperature difference between morning and evening is large, so you need to do warm work. There is also a typical arid climate in Dunhuang, to drink more water. The second time period is from mid-September to the end of October. At this time, it has passed the hottest time in Dunhuang. And at this time a lot of fruits have been listed, you can have a good time.
Show More FAQ 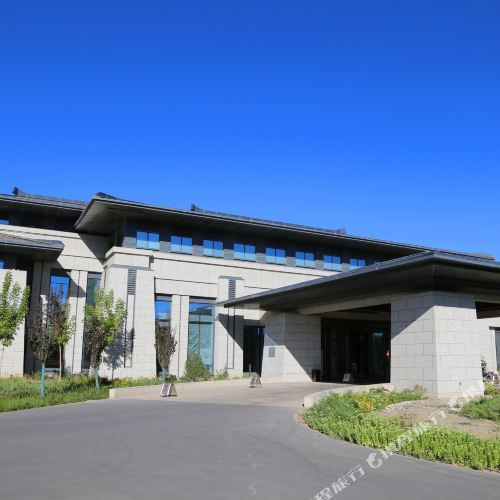 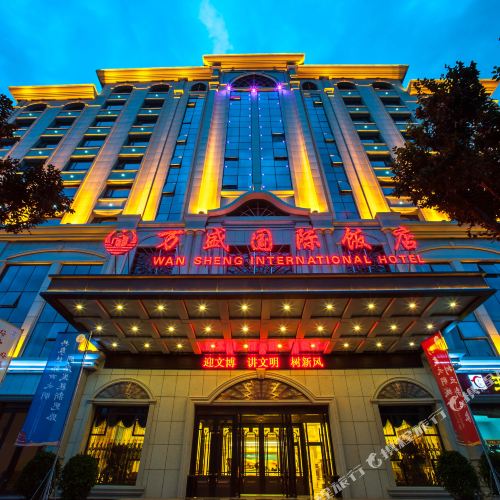 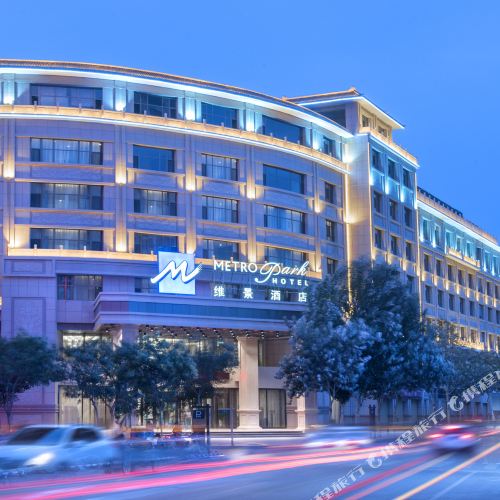 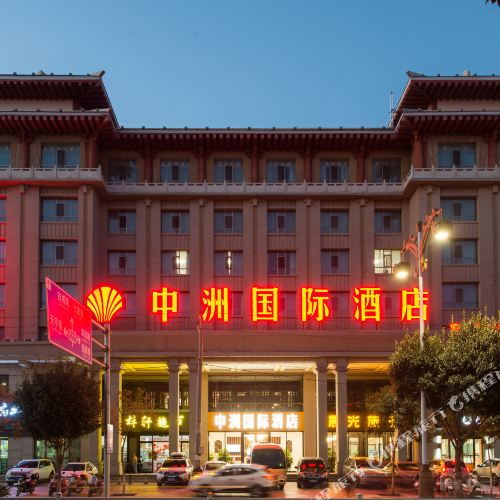 The Beauty of Ancient Chinese City Names and What It Means 2020  |  An Insider’s Travel Guide to China: Xi’an, Guilin and Yangshuo, Zhangjiajie and More  |  Top Recommendations for Autumn Holidays