A Route to Explore Nature's Majesty: Travelling in Yellowstone Park

Set in the western United States, Yellowstone is recognized as the world’s first national park. Its grandeur is synonymous with natural wonder. Due to its history and popularity, Yellowstone has a full-range of amenities and facilities, allowing it to cater to anyone from novice travelers to hearty backwoods enthusiasts. The problem at Yellowstone is not what to see, but how best to see it. The following provides a generalized travel plan, which readers should expand upon to suit their individual tastes. 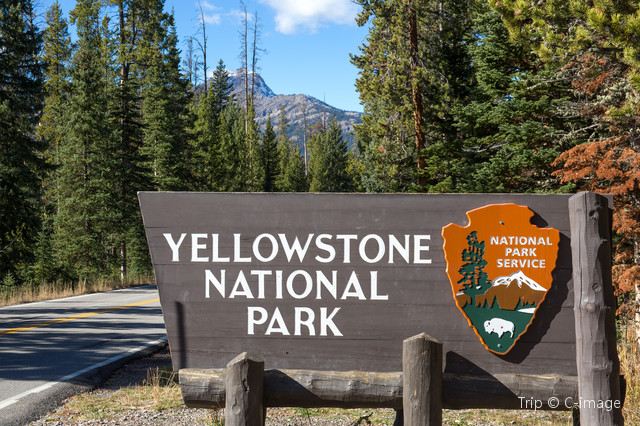 The first thing to recognize is that Yellowstone is big. Like really big! At nearly 9000 square kilometers (5500 square miles) in area, Yellowstone abuts national forests on all sides. It is the centerpiece of the Greater Yellowstone Ecosystem, the largest continuous stretch of undeveloped land in the continental United States. Traveling between major regions in the park is only practical via motorized transport. A network of roads arranged roughly in a figure-8 pattern are the park’s main arteries. For most visitors, the north entrance (open year-round) provides the most convenient access point. 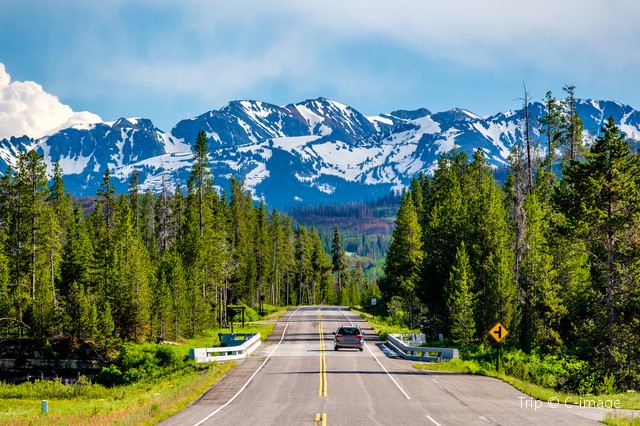 After entering Yellowstone from the north, take a look around Mammoth Hot Springs. These otherworldly features owe their formation to abundant geothermal vents. The entire Yellowstone basin is an active volcanic area. The park’s numerous cliffs and valleys are a patchwork of volcanic rock, exposed and weather-worn over centuries into unimaginably beautiful forms. The park headquarters are located in the Mammoth area meaning there is plenty of lodging and ability to stock provisions for the rest of your journey. Having a cooler, extra water, and energy-dense snacks will help you make the most of your time. 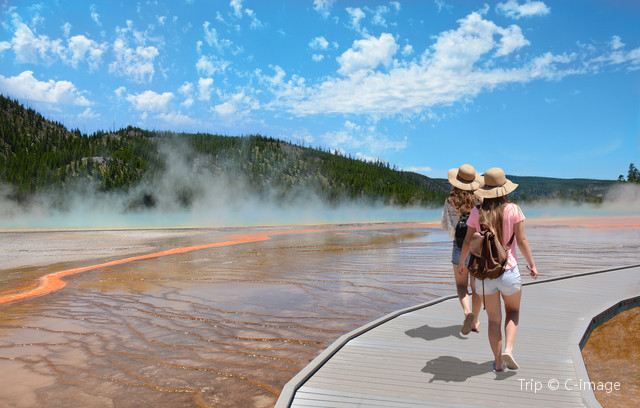 2) The Most?Abundant Wildlife Habitat in the United States

From Mammoth, head east towards Tower-Roosevelt. In the late summer and early autumn, Yellowstone’s herds of wild bison rut in the pastures around Lamar Valley. Years of continual protection from development has allowed wildlife to flourish. The park is arguably the best place in the lower 48 states for seeing larger mammals such as the timber wolf, coyote, and grizzly bear. Black bear, elk, moose, and white-tailed deer all call the park home. 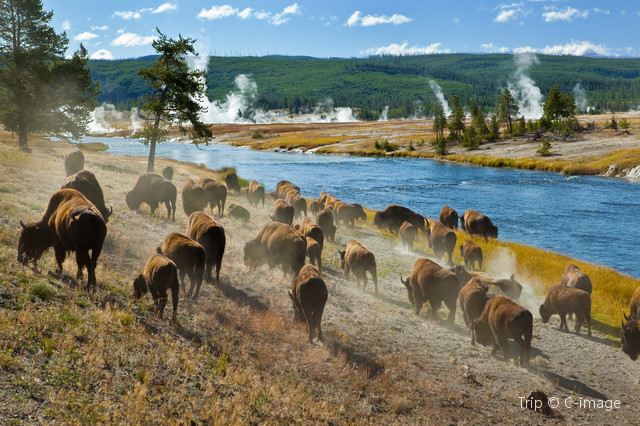 After being hunted to near extinction in the wild, grey wolves were reintroduced into Yellowstone beginning in 1995. Their numbers have grown since and their presence has allowed previously threatened plant species to reemerge; improving overall biodiversity in the park and surrounding ecosystem. The areas east of Tower-Roosevelt are a great location for those hoping to glimpse Yellowstone’s megafauna. To best view any of the diverse wildlife in Yellowstone, it helps to have a good pair of binoculars. 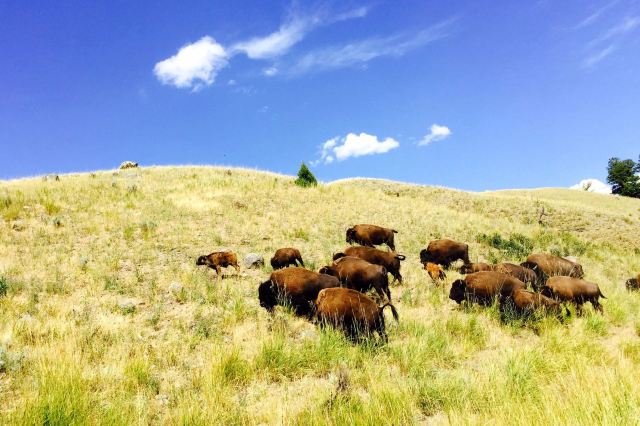 Turning south from Tower-Roosevelt will lead you towards the park’s best-known waterfalls. The upper and lower Yellowstone Falls in the Canyon Village area should not be missed. Set against the canyon walls along the mighty Yellowstone River, their majesty and power will take your breath away. Canyon Village is also a good stop to rest and resupply. From there, continue south along the river towards Yellowstone Lake. 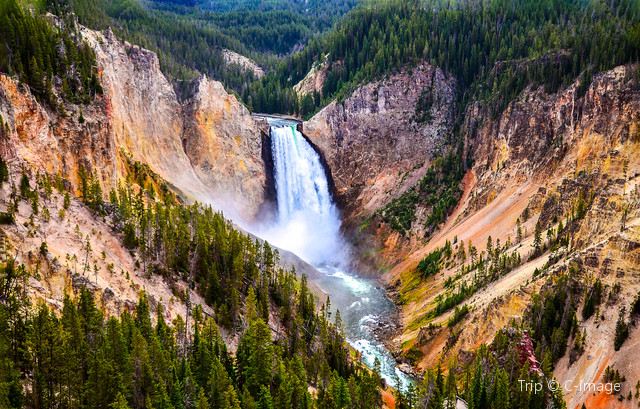 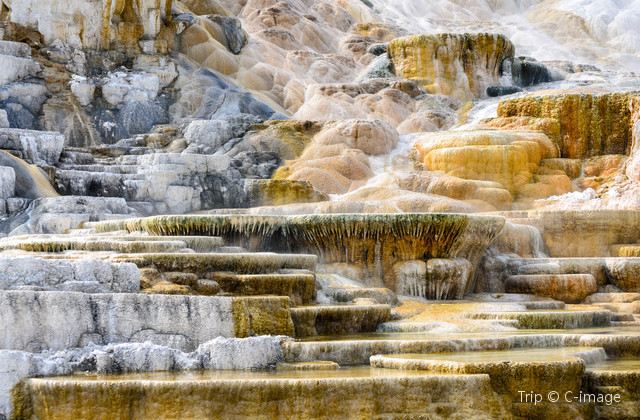 Centrally located in the park is Yellowstone Lake. It is the largest freshwater lake above 2100 m (7000 ft) in North America. Boating and fishing are permitted in many of the park's countless lakes. Anglers covet the chance to fish the pristine waterways. A fishing license is required; but for those interested, the park is home to many species including Yellowstone cutthroat, several types of trout, and mountain whitefish. 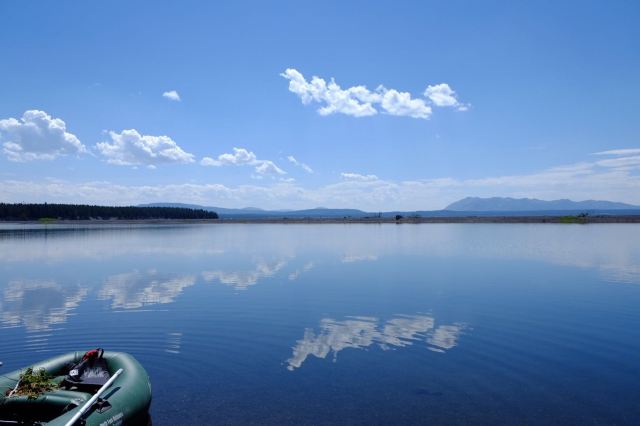 The National Park Service controls access to the park and will announce temporary restrictions on boating and fishing when need arises. An estimated 150 bird species nest throughout the park. The area has a wide range of habitat and elevation, meaning birdwatchers are in for a treat. Heading west around the lake takes you towards the Continental Divide. 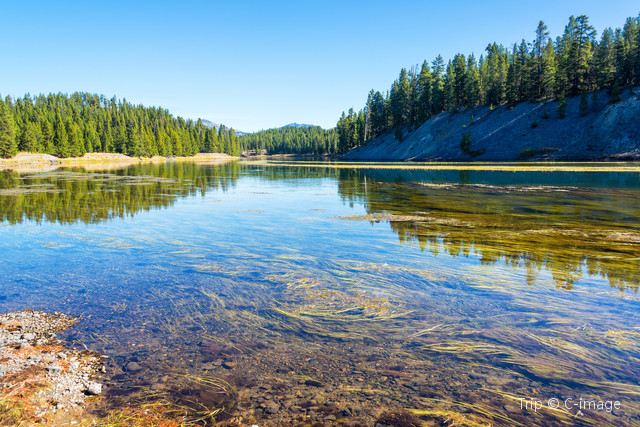 Running across the western portions of Yellowstone Park is the Continental Divide of the Americas. Stretching all the way from Alaska to the southernmost tip of Argentina, the continental divide separates the waterways draining into the Pacific Ocean from those draining into the Atlantic. It is the figurative spine of the entire Americas. Head over Craig Pass at 2518 m (8261 ft) and pause for a moment as Isa Lake, which straddles the divide. Hiking and backpacking are permitted throughout the park during the summer months and the many rivers swell to their full volume. The true majesty of nature will be on full display. 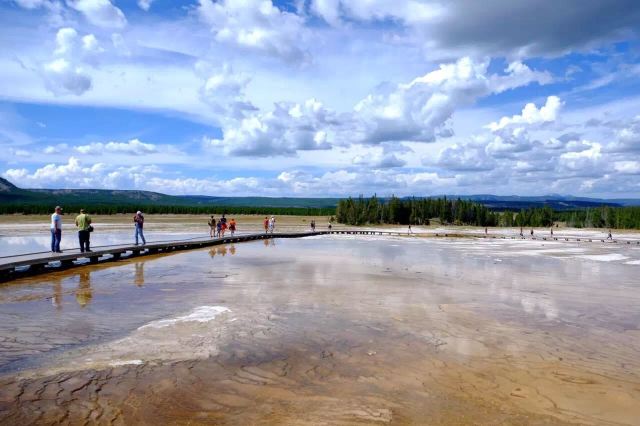 6) The Greatest Concentration of Geysers on Earth

As you continue west, you will reach the Upper Gey ser Basin. Yellowstone has more geysers than anywhere else on Earth, and most of these are located in the Upper Geyser Basin. Old Faithful, perhaps the world's most famous geyser, erupts every 90 minutes like clockwork. Watch steam cleave towards the sky as superheated water is forced up by giant pools of magma churning underground. 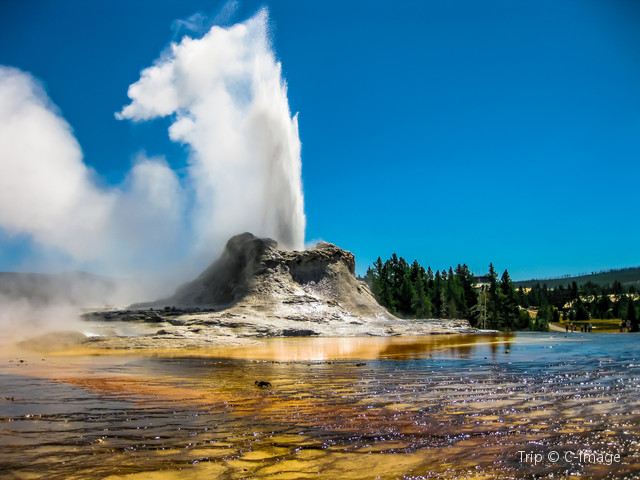 Open year-round, Yellowstone changes with the seasons. Avid travelers might choose to explore in winter when fewer visitors add to the sense of isolation amid snow-covered valleys. The geothermal eruptions take on a different character in the frosty air. After spending some time with the geysers, you can continue north, eventually reaching the north entrance again, or turn back south and exit towards Grand Teton National Park. 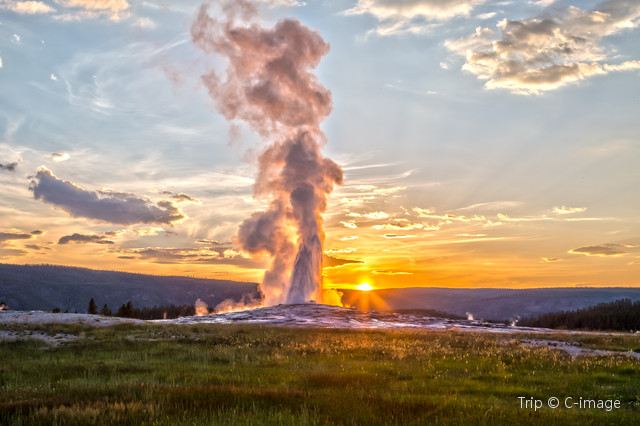 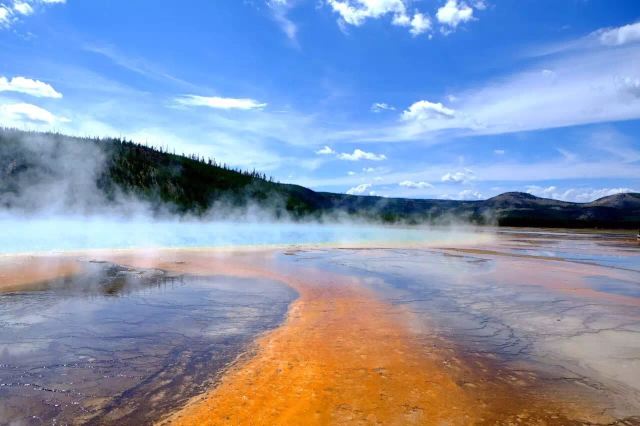 No matter your age or experience outdoors, there is something for you to enjoy at Yellowstone National Park. The park's reputation as an untamed wilderness belies the extensive efforts made to improve accessibility and enjoyment. Lodging is available within the park in several locations, in addition to countless places to camp. It is always advisable to plan ahead when trying to secure a place to stay, even if you intend to venture into backwoods areas. 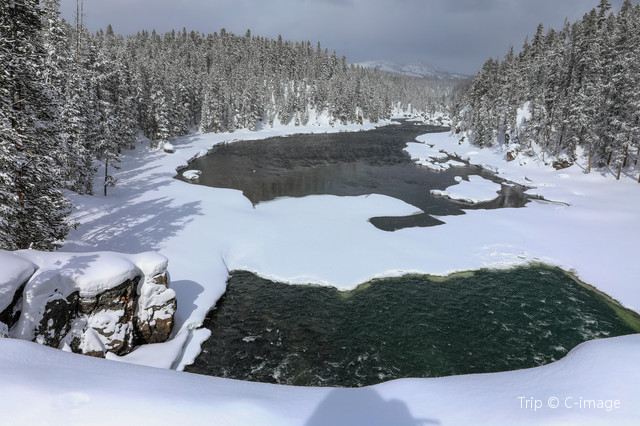 The National Park Service allows for guided tours, which include backpacking, boating, skiing, or snowmobile tours. Due to its popularity, you should plan your visit to Yellowstone well in advance. Allow yourself some time to appreciate the geology, the biodiversity, and the true magnificence on offer in the world's oldest national park.

The Best Times to Visit the Top-5 US National Parks  |  10 Most Forward Thinking US Cities in 2019  |  Yosemite National Park: Where Beauty Never Fades  |  A Route to Explore Nature's Majesty: Travelling in Yellowstone Park