Standing amongst the ruins of ancient civilizations has a way of putting things into perspective. Our modern lives too often fill with a mundane cacophony. Stepping back into the past provides a useful corrective. While nations rise and fall across the sands of time, it is only by enjoying the here and now that we find true happiness.

If you’ve been looking for an incredible vacation and long to see the great sites of the ancient world, we’ve put together this list just for you. These are the top historic destinations for every traveler’s bucket list. 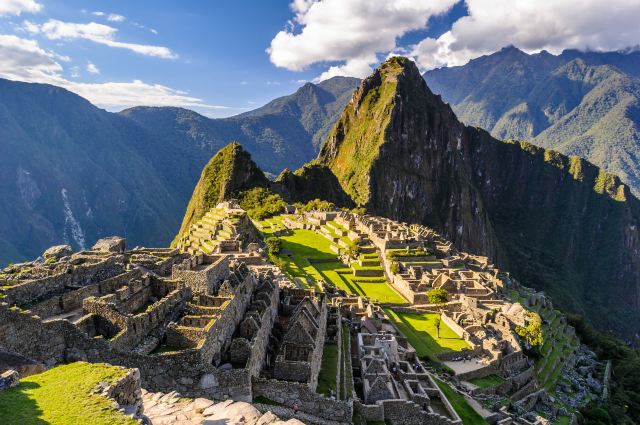 Tucked deep in the Puruvian Andes is Machu Picchu, the magnificent Inca citadel surrounded by imposing peaks and lush green valleys. Arguably the most famous ancient city in the world, Machu Picchu dates to the mid-15th century and largely escaped plunder by Spanish colonizers. Only in the early 20th century was it studied and explored in detail.

Venturing here is best accomplished from nearby Cusco, which itself was once the capital of the mighty Inca Empire. Scenic routes through the mountains lead up to Machu Picchu and help make the trek nearly as worthwhile as the site itself.

Recently, the Puruvian government has sought to limit the number of visitors allowed to the site so you will want to plan ahead when making your travel arrangements.

Southeast Asia has a long history of great civilizations vying for control of lucrative trade routes and natural resources. Angkor Wat in modern day Cambodia was built during the Khmer Empire, when it ruled over most of the region. Constructed as a Hindu Temple complex, it was converted into a Buddhist Temple sometime in the 12th century.

By area it is the largest religious monument in the world, sprawling over a staggering 1.5 million square meters. Located on the outskirts of bustling Siem Reap, Angkor Wat is easy to reach. It's also the most popular UNESCO World Herate Sites in 2017.

The central temple is the most iconic, but also the busiest. Spend some time wandering the outer temples where you can better appreciate the scale and magnificence of this ancient landmark. 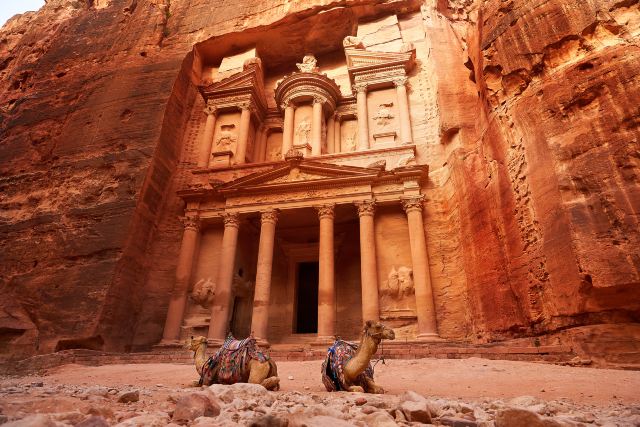 Instantly recognizable to fans of Indiana Jones and the Last Crusade as the fictitious residing place for the Holy Grail, archeological records in the historical city of Petra date back to at least 200 BCE and possibly much much earlier.

Located in Western Jordan, the landscapes at Petra are nothing short of magnificent. Unforgiving desert extends in nearly every direction. Excavations over the years have unearthed a labyrinthian set of structures carved into the solid rock-walled canyons. The site’s most famous structure, Al-Khazneh, is instantly recognizable from its many appearances in film and television.

Travel to Petra is easiest via the nearby town of Wadi Musa. Summertime temperatures in the region often soar to extreme levels. Make sure you pack plenty of snacks, water, and sunscreen. 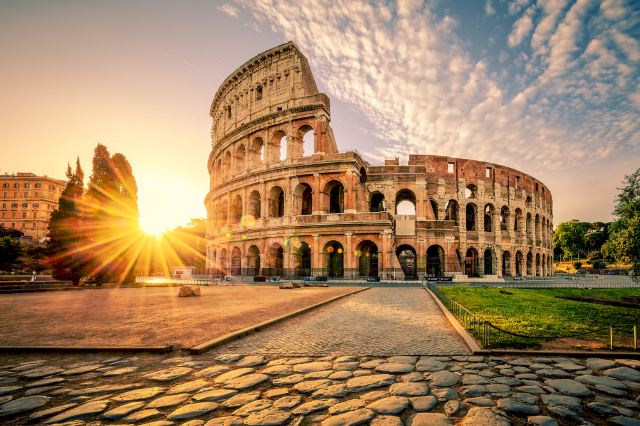 Rome is one of those rare places offering ancient treasures surrounded by spectacular urban luxury. Long a prized notch in every traveler’s belt, the city never seems to lose its appeal. Central to it all are the ruins from perhaps the world’s best-known ancient civilization. The Roman Forum was the beating heart of a vast empire that at one time stretched from Scotland to the Persian Gulf. It was once said all roads lead to Rome, and by that it was meant to the Roman Forum. Marvel at the Temple of Saturn, the Colosseum, and Palatine Hill. Wind through narrow streets to the Pantheon and enjoy a stroll in the bucolic Villa Borghese. You can easily spend multiple days in Rome exploring many centuries of history and barely scratch the surface. There’s a reason they call it the Eternal City. 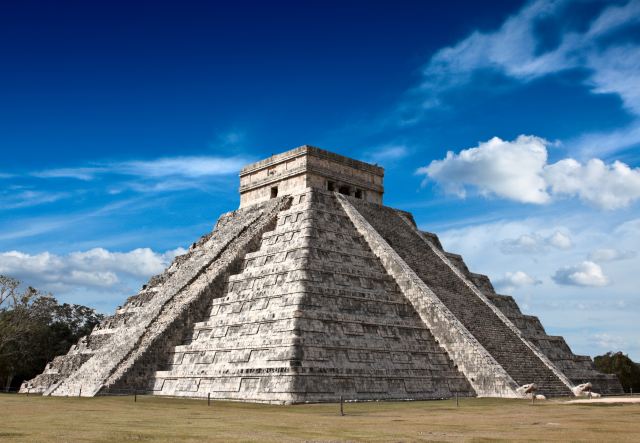 Chichen Itza dates to the pre-Columbian period and is one of the largest known Maya cities. Only a couple hours’ drive from Cancun, it is today one of Mexico’s most well-known archeological sites. Its preserved temples are world-famous and awe-inspiring. There are few better places to grasp the sophistication of Mayan civilization.

Make it part of a great day-trip from the resort areas in Cancun, which itself boasts a stunning collection of Maya artifacts. At Chichen Itza, wander past the enormous El Castillo, a stepped-pyramid typical of the Mayan architectural style. Snap some pictures at the neighboring Temple of the Warriors with its many iconic columns. Return to Cancun in the evening for a spectacular sunset along the beautiful Yucatan shoreline.

Hardly in need of an introduction, the Great Pyramid is the oldest and largest of the Seven Wonders of the Ancient World. Constructed during the 26th century BCE, there is still debate among historians, anthropologists, and archaeologists as to the precise construction techniques used by the Ancient Egyptians.

Located in the Giza Necropolis complex on the outskirts of Cairo, you can easily visit the three main pyramids in addition to the Great Sphinx. The site itself is open during daylight hours throughout the week and can be reached via public transportation or minibus. It is possible to tour the insides of some of the pyramids; however, access is limited so make sure you check in advance. Various cafes, shops, and restaurants are located in nearby neighborhoods. Budget some time to explore there as well.

Erected in 1482 by the Portugese, Elmina Castle on Ghana’s Atlantic Coast houses a monstrous legacy.

The oldest European building constructed south of the Sahara Desert, Elmina Castle was one of the most important stops along routes comprising the African Slave Trade. Dutch colonizers seized the fort in 1637 and operated it continually as a slave depot until the Anglo-Dutch Treaty of 1814 forbade the practice.

Recognized as a UNESCO World Heritage Site, the castle contains preserved slave holding cells where captives faced hellish conditions for sometimes months. In the face of rising nationalism and conflict, it’s more important than ever to visit and contemplate places like Elmina Castle. Humanity need not be doomed to forever repeat the sins of the past.

Prior to the rise of Rome, Ancient Greece was the empire of Classical European Antiquity. Known through the writings of Homer, Thucydides, Herodotus, and others, Ancient Greece flourished particularly during the 5th and 4th centuries BCE.

It was during this period that the famed Parthenon was constructed atop the Acropolis of Athens, a rocky citadel set above the city. Recognized as an enduring symbol of Athenian democracy and Western civilization, the Parthenon ranks among the world’s most important cultural monuments.

Walking among the ruins, it’s possible to recall an idyllic time when philosophers sought meaning and order in the world around them. Athenian summers tend to be hot and dry so the best time to visit is in the fall. Give yourself at least a full day to explore the Acropolis and surrounding areas.

India’s most recognizable cultural landmark was built in the mid-17th century as an ornate mausoleum complex for Mumtaz Mahal, wife to the Mughal emperor Shah Jahan. Located in Agra in India’s most-populous state, Uttar Pradesh, the Taj Mahal is one of the most revered architectural masterpieces in all the world.

Make sure you also tour Agra Fort, a former residence for Mughal Dynasty emperors. Visit the monumental Delhi Gate before walking through Taj Garden and Mumtaz Park on your way to the Taj Mahal. The temple’s outer gardens are great places for pictures. With its long history and rich cultural treasures, Agra is a fantastic place to simply wander around.

Budget-minded travelers will find this an attractive destination with lots to offer. 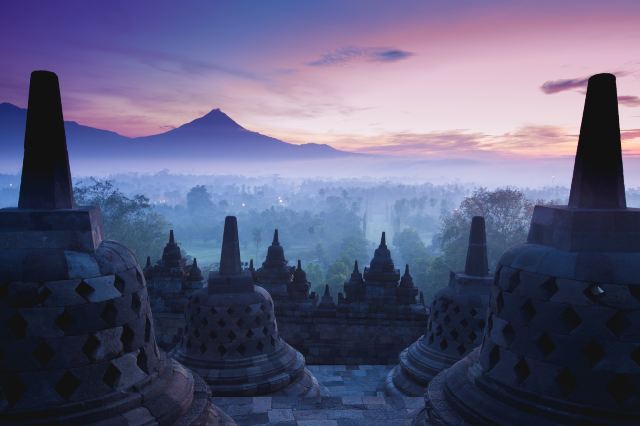 We round out our tour of great historic destinations at Borobudur Temple in Indonesia. Located in Central Java just outside Yogyakarta, Borobudur is regarded as the world’s largest Buddhist Temple.

Initially constructed in the 9th century, it is one of the most outstanding examples of Javanese Buddhist Architecture in existence. A pilgrim trail leads visitors around and through the temple, meandering past nearly 1,500 exquisite artistic reliefs. '

When viewed from above, the entire complex resembles an elaborate mandala. The ascending design evokes a sense of journeying towards enlightenment as the temple climbs towards its central point. Indonesia has done much to promote tourism in recent years. Visitors today will find a welcoming environment and friendly people.

The late Maya Angelou once remarked, “History, despite its wrenching pain, cannot be unlived, but if faced with courage, need not be lived again.” It is precisely this fascination with what came before that inspired us to look at the world’s most amazing historic destinations. Temples and monuments to grand empires feature prominently in our list, poignant reminders that no matter how much we think the world around us fixed and constant, time erases all in the end. Before it’s too late, make sure you find the time to visit the top historic destinations on your travel bucket list.

A Must Visit in Banff: Cave and Basin National Historic Site

12 Historical Sites That Worth Visiting in Seoul

The Must-Visit Historical Sites and Museums in Athens 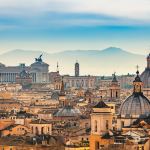 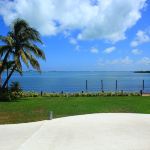 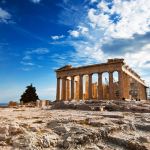 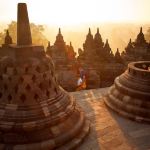 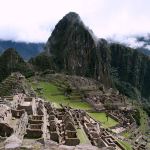 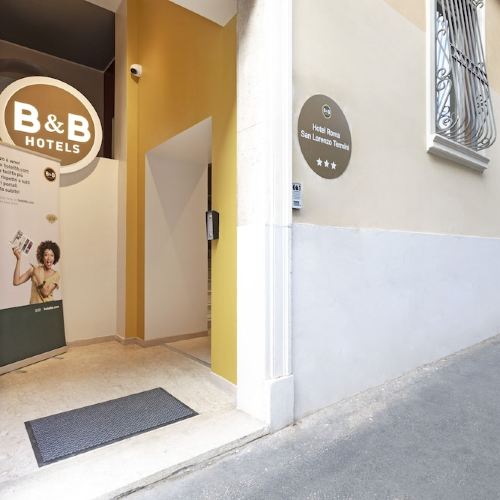 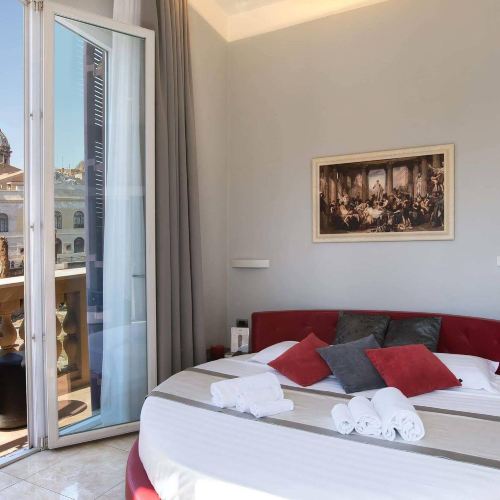 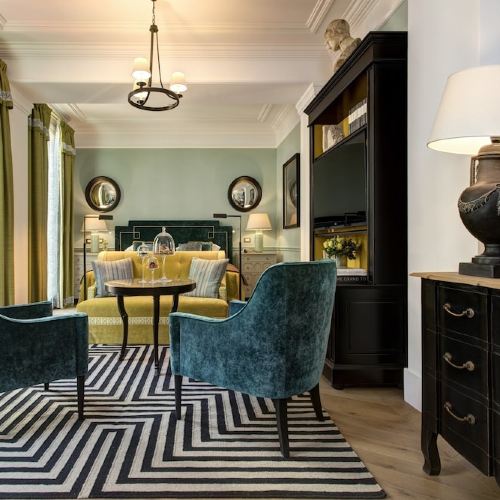 Local Guide to Rome: Best Things to do in 2020  |  Spring Break Italy: March, April Italy Trip Ideas  |  10 Most Beautiful World Heritage Sites: UNESCO Bucket List 2020  |  Visiting Famous Film Locations in Rome  |  Best 9 Things to Spend Your Holiday in Italy  |  Things to Do in Rome  |  When in Rome, Take A Trip to the Middle Ages  |  Visit Ancient Rome: Historical Sites and Ruins  |  Luxury Shops and Flea Markets: Best Places for Shopping in Rome  |  Rome's Top 10 Bars for Aperivito  |  10 Best Museums in Rome  |  A Locals’ Guide to Rome  |  The Colosseum: Everything You Need to Know