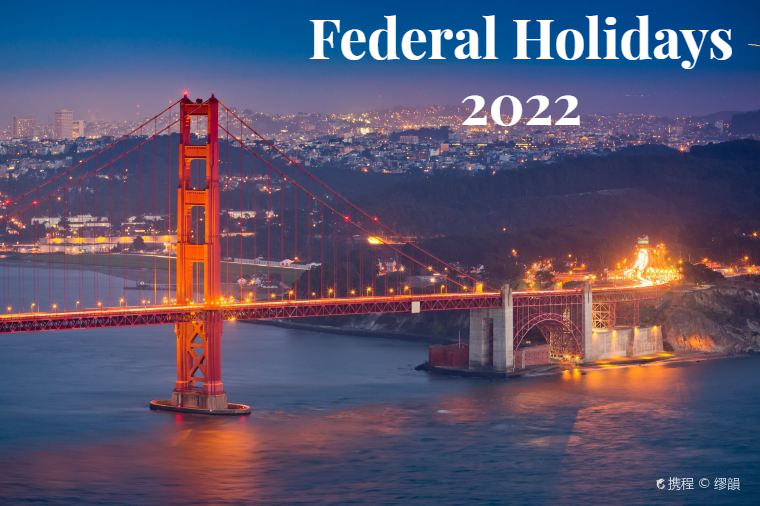 * The Board of Governors is closed on 31 Dec. (Friday)

New Year's Day marks the start of a new year in accordance with the Gregorian calendar. In the United States, celebrations for the holiday begin on New Year's Eve, when families and friends gather together to ring in the new year over food, drinks, and music.

The most well-known New Year's Eve celebration in the United States takes place in New York City. Before nightfall, crowds fill the Times Square area and surrounding streets, waiting for the giant, glittery ball hung on the roof of the Times Tower to drop when the clock strikes midnight. Millions of Americans around the country tune into the national event, with many TV networks covering the live performances, shows, and parties.

Another common tradition during the holiday is setting a New Year's resolution, such as accomplishing a certain goal or breaking a bad habit. Common New Year's resolutions include saving money and losing weight. While resolutions are set with good intentions, they often end up being broken before the end of January. New Year's customs vary throughout the United States, but it's undeniable that the start of a new year brings new beginnings and opportunities for everyone.

Martin Luther King Jr. Day is on the third Monday in January each year. As it is a federal holiday, not only schools and libraries will be closed, but most federal and state offices will also be closed, and no mail service during the day. It is the time to remember the injustice that Dr. King fought against. A moment to commemorate his struggle for freedom, equality and dignity for all races and people through non-violence.

Memorial Day in the United States

Memorial Day, also known as Decoratoin Day, is one of eleven federal holidays recognized nationwide by the United States Government. The holiday is observed on the last Monday of May each year to mourn the deaths of US military officers and soldiers in various wars. The national mourning time begins at 3 p.m. Eastern Time.

Juneteenth in the United States

* The Board of Governors is closed on 20 June (Monday)

Juneteenth, also known as Jubilee Day, Freedom Day, and Black Independence Day, is a federal holiday in the United States to celebrate the emancipation of African Americans who were enslaved in the nation. This festival is celebrated on June 19th (the word Juneteenth is a combination of "June" and "Nineteenth"). The traditions of celebration mainly include reading the "The Emancipation Proclamation" together, singing the traditional song of "Swing Low, Sweet Chariot", and reading African American writers' works.

Independence Day in the United States

Held each year on the 4th of July, American Independence Day is the celebration of the signing of the Declaration of Independence in 1776. This historical document stated that the Thirteen American Colonies were free and independent of England. While the struggle for freedom continued even after the signing, the date has commemorated annually by citizens all over the country ever since.

In the United States today, celebrating the 4th of July involves many activities that have come to be seen as quintessentially American. Some families gather together for cookouts or barbecues (complete with hot dogs, hamburgers, and desserts in the colors of the American flag), while others might go to a baseball game with friends. On the days leading up to the holiday, the colors red, white, and blue can be found in shops and streets across the country.

At noon on the 4th of July, a salute of one gun for each of the fifty states is fired. This is known as a "salute to the union." During Independence Day, American flags are traditionally hung outside houses, and many cities hold parades complete with floats, horses, and military units. When night falls, patriotic fireworks light up the sky. The 4th of July is a day of celebration and togetherness for people across the United States.

Labor Day in the United States

The Labor Day in the United States is observed on the the first Monday of September each year. The Labor Day is a federal holiday to celebrate the contribution of workers to the economy and society. For many Americans, the arrival of Labor Day also means the end of summer, and it is also a time for parties, gatherings and sports events.

Columbus Day in the United States

Columbus Day commemorates the landing of Italian explorer Christopher Columbus in North America. In the United States, the holiday is celebrated annually on the second Monday in October. This historical event is also celebrated in various Latin American countries.

Columbus landed in the Bahamas in 1492, paving the way for other European explorers and eventually leading to settlements and colonization. Today, the holiday is marked by a three day weekend which is a popular time for travel with family and friends. Columbus Day parades complete with floats and marching bands are held in major cities like New York and Chicago. The holiday is also a celebration of the Italian-American heritage and history, and Italian flags are often seen in hanging outside houses and in shop windows.

Over the last few decades, support for the celebration of the holiday in the United States has considerably declined. Native Americans have voiced concerns that the holiday commemorates hundreds of years of colonial oppression, while other communities have pointed out that Columbus may not have been the first European to reach the continent. Opposition has led over ten states and a hundred cities to remove its status as an official holiday. In these places, the holiday is often replaced with a different celebration, such as Indigenous People's Day in Arizona and Native American Day in South Dakota.

Veterans Day in the United States

Thanksgiving Day in the United States

Thanksgiving in the United States is a federal holiday celebrated on the fourth Thursday of November annually. It originated from a harvest festival. The traditional dinner includes food and dishes native to the Americas, namely turkey and pumpkin pie. Other Thanksgiving customs include charitable organizations providing Thanksgiving dinner for the poor, and watching football matches. Thanksgiving is regarded as the beginning of the autumn and winter holidays, including Christmas and New Year.

Christmas Day in the United States

* The Board of Governors is closed on 26 Dec. (Monday)

In the United States, Christmas is often celebrated with a traditional dinner; turkey and all the trimmings, and other seasonal comfort foods. Whatever's on the menu, the most important part of Christmas is family and friends, which is why gift-giving and get-togethers are the heart and soul of this festive season. Most families decorate their homes with a Christmas tree, tinsel, and Christmas lights, and some people even decorate the outside of their homes, lighting up their neighborhoods with Christmas cheer.

Christmas in the US is influenced by a broad range of cultural influences. For example, Mexican Americans may celebrate Las Posadas, a procession reenacting Mary and Joseph's search for a place to stay in Bethlehem. In Puerto Rico, people walk around residential areas singing Christmas songs; this tradition is called parrandas.

Small towns across the US, and big cities like New York, put up big Christmas trees and extravagant lighting displays each December.

source: Board of Governors of the Federal Reserve System