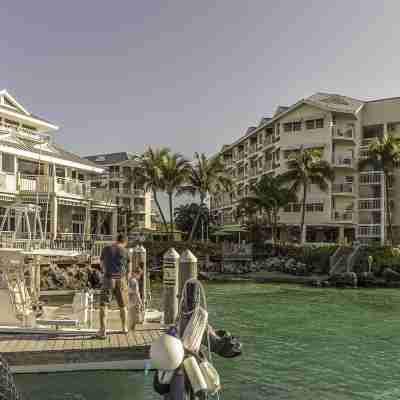 4.9/5
Perfect
73 Reviews
1319 Duval Street,Key West, Florida, Key West, Florida, United States
5.6km from Key West International Airport
"Beautiful island, cost-effective hotel, friendly service, location more than 20 minutes walk to Mallory Square, and the surrounding area is very quiet."
"Did not order breakfast, two single beds enough for a family of three to fall asleep! There is parking lot, cost 25 US dollars"
"The first floor of the room is facing the pool. Sitting on your own chair is like lying on the edge of the pool."
3

4.7/5
Outstanding
68 Reviews
200 William Street, Key West, Florida, United States
6.2km from Key West International Airport
"The location is very good, but I can't see the view, I don't know the view of the sea view, but it is not a wharf. Eat, drink, everyone is happy"
"The scenery is good, the hotel is old, the balcony feels good"
"Good location, parking separately"
4

4.9/5
Perfect
67 Reviews
1435 Simonton Street, Key West, Florida, United States
5.5km from Key West International Airport
"Expected more from a Hilton. Stayed her for 7 days & 6 nights, 4 family adults. First, the hotel needs many updates & repairs, as it’s pretty dated especially for a Signature Hilton Collection. Our AC worked fine the first night, but then a maintenance person showed up to “fix” our AC leak, which we did not report. Suddenly our AC was no longer working right. Used the ceiling fan the entire time. Grounds were nice & well kept except for the beach. Full of sea****, so much so we didn’t go in the water nor did we sit on the beach as it smelled. Restaurant & bar were both good. Ate breakfast there once. Good service & food. Went to the bar 4 times. Good service & drinks. Wish they stayed open later; closes @ 9:30pm. I highly suggest ditching a rental car & just getting a golf cart for the week. Concierge can assist with that. We also booked a sandbar trip, which was accidentally booked for August. So pay attention to your scheduled booking, concierge is human too…. This was quickly rectified & we had a blast! It really made up for the lack of good beaches, again due to the sea****. Biggest plus was the valet. Great guys! Please tip them well, as they so deserve the it. Front desk staff was fine, unlike other reviews, we had no issues with the front desk. Personally, I feel this place is overpriced. And after speaking to other guests of this hotel as well as their sister hotel next door, Casa Marina, the feeling is mutual in many others. With the state of this hotel, need of more amenities, and the lack of attention to the beach, we would likely stay somewhere else when we return to Key West."
"The price was a bit expensive as it was a resort, but the staff were all friendly and the facilities in the hotel were very good. Amenities are also good."
"The worst Waldorf I have ever lived in, a hotel built in 1920, the location is good, there is a private beach, and it is very close to the southernmost landmark and the main street, within walking distance. But the room is very small, soundproofing is very poor, the air-conditioning sound has reached the level that affects the rest, the facilities are not well maintained, not the standard of an old five-star hotel"
5

4.9/5
Perfect
67 Reviews
Zero Duval St, Key West, Florida, United States
7.0km from Key West International Airport
"This hotel is my favorite hotel in Florida. The hotel is not big, but the location is super good, just beside the sunset square. I was lucky enough to live in the best location of this hotel. The balcony is just outside the swimming pool and the Pacific Ocean. Invincible, I feel like I lived in the best location of the whole island. The room number is 316. If I can go to live, I can call to book this room. I will see the sun-filled bed and balcony in the afternoon. This feeling is so good, I regret that the itinerary arranged on this island is short."
"Overall very good, the room can see the sea, the scenery is beautiful, but can not see the sunset, downstairs is Mallory Square, a bit noisy, the pool can see the sunset at the beach, but the sunset is also on the island, can not see the sunset at sea, I don't understand why so many people want to watch the sunset here, a little disappointing... The restaurant is good, the service is very good, there is no free parking, only the valet parking, the charge is 25 knives, and the parking is subject to tipping."
"The environment is very good and the location is great, it is very suitable for watching the sunset, the service is also in place. It is expensive, you need to collect parking fees, holiday overnight fees, parking is the service staff to help you park to tip. It would be better to stagger the rainy season, otherwise the storm will not come out."
7

3.2/5
67 Reviews
2400 North Roosevelt Boulevard, Key West, Florida, United States
5.4km from Key West International Airport
"Honestly, I had read a lot a reviews about this place after I booked it. I was expecting to be sad. We ended up really enjoying the place. The hotel is clean. The staff were great. The breakfast was great. The shuttle to Duval street was comfortable. I had read where others were complaining about the shuttle. It is like a 2 mile trip. Suck it up and ride it or take an Uber. We would book here gain in a minute."
"Parking is free, then we are a suite, and finally upgraded into two suites, and it is very luxurious, the downstairs pool is also beautiful, but a little floating, but the breakfast is great, the fruit is rich, there are many things. The feeling of living is very good, value for money, but did not take photos, but the price is very high."
"The hotel has regular shuttle buses to the south of the city and the beach by the sea. It is very convenient. The hotel’s free parking lot is quite large and nice. The hotel is very clean, well laid out and comfortable."
8

3.4/5
72 Reviews
3852 North Roosevelt Boulevard, Key West, Florida, United States
2.8km from Key West International Airport
"The hotel is obliged to invite the hotel to provide the shuttle bus to and from the hotel. I object to it because we rented the car ourselves and did not need this service. After repeated arguments, the hotel agreed, and it didn't feel very good!"
"Very good, two free drinks coupons were sent in each room."
"Great, the hotel also has a shuttle to the old town."
9

4.4/5
Excellent
69 Reviews
3841 North Roosevelt Boulevard, Key West, Florida, United States
3.2km from Key West International Airport
"There is no hotel breakfast, the whole key west hotel price is not low, so this Marriott is also acceptable, at the beach, there is a beach, there is a parking lot, to charge, suitable for children, you can play in the pool"
"The breakfast is reasonably priced, there is a children's pool, the location is excellent, the parking is free, there is a dock! There is a dock!"
"Hotel room is very good, belonging to the room type, American breakfast is similar, not suitable for Chinese taste, next time you can try the suite"
10

4.9/5
Perfect
65 Reviews
1212 Simonton Street, Key West, Florida, United States
5.6km from Key West International Airport
"This adult-only Key West H2O Suites is 200 metres from Duval Street and features a year-round outdoor rooftop pool with a sun terrace. Guests can enjoy the on-site bar. A flat-screen TV, as well as an iPod docking station are featured. All rooms have a sitting are and view of the tropical courtyard. Certain rooms include a private pool. The rooms come with a private bathroom. Extras include bathrobes, slippers and free toiletries. The property provides a free welcome drink upon arrival and a complimentary happy hour for everyone. You will find a 24-hour front desk at the property. The resort also offers bike hire. Southernmost Point is 400 metres from H2O Suites, while Ernest Hemingway Home and Museum is 500 metres from the property. The nearest airport is Key West International Airport, 4 km from the property."