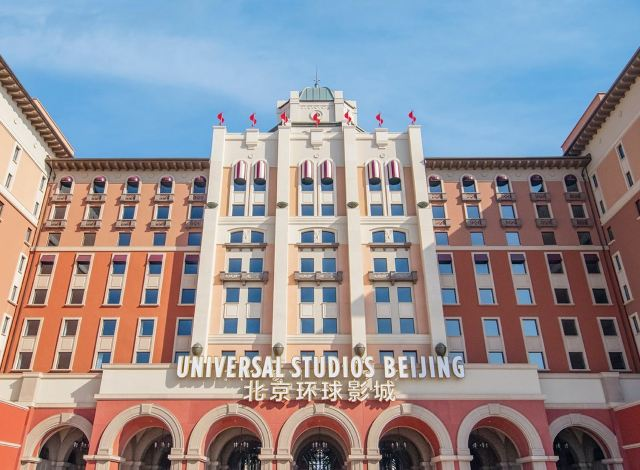 The new Universal Studios Beijing Resort, which will officially open on September 20 with tickets on sale on September 14.

Among the most popular attractions are the scream-inducing Decepticoaster inside the Transformers area, and all the Harry Potter rides. The Jurassic World Adventure and the Minions simulator rides also attract long lines.

Universal Studios Beijing Themed Zones: What should I expect?

Beijing Universal Studios covers an area of approximately 54 hectares (130 acres). The park has seven themed areas, each of which surrounds a large central lagoon.

E23***11: Absolutely stunning! got to experience the VIP experience of the resort… definitely recommend, I got invited as a guest before it was open to the public, will definitely go again. 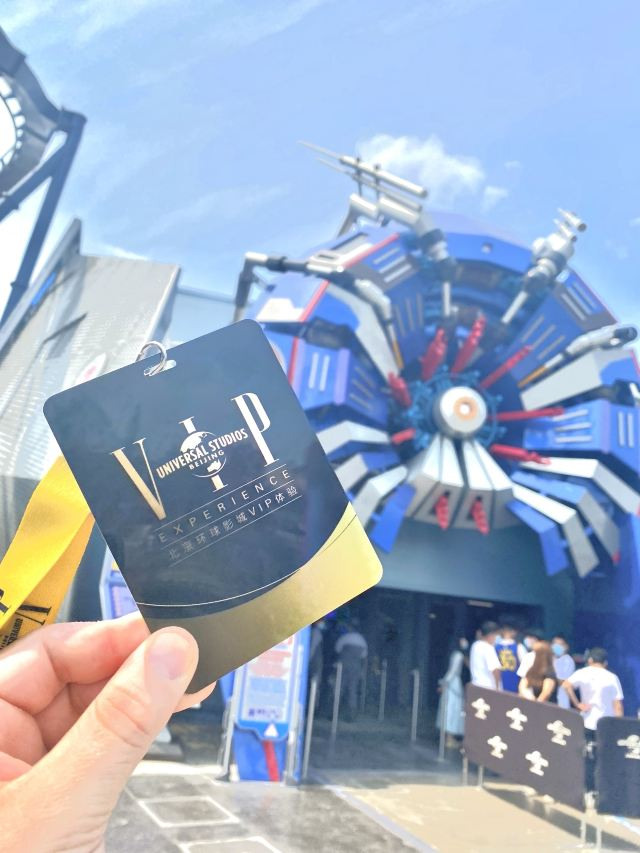 Alicemama: Participated in the park, took the baby to walk 20,000 steps, the staff in the park are very good, it is recommended to bring this charging treasure, the consumption in the park is actually compared with the major parks are not a reasonable range, the god stealing father Xiaohuang people riot, Jurassic world adventure, the dragon warrior tour, The fire source battle is very suitable for the faint-hearted children, the walk and stop along the way, the rest area is also very nice, the parents with the children, each park has a rest play area for children of all ages, in conclusion, the rides of Universal Studios are very friendly for all ages. 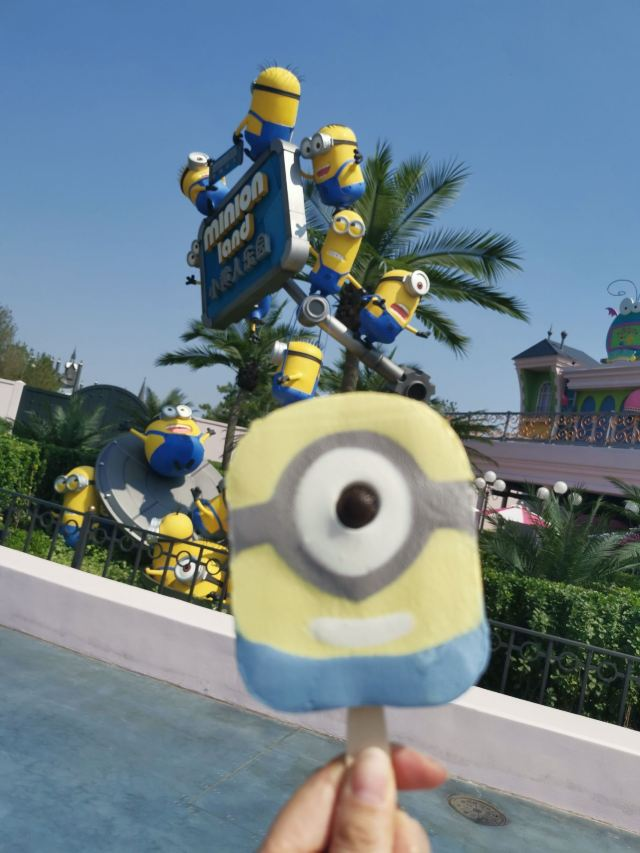 M43***92: I was fortunate to take part in the internal test and take a baby swim. I experienced most of the projects in the park, including the longest roller coaster in the world, which is super cool. But because the epidemic is limited, the queue is too long. Prices are generally acceptable, and the souvenirs in each district are perfect if they are in the supermarket at the door. 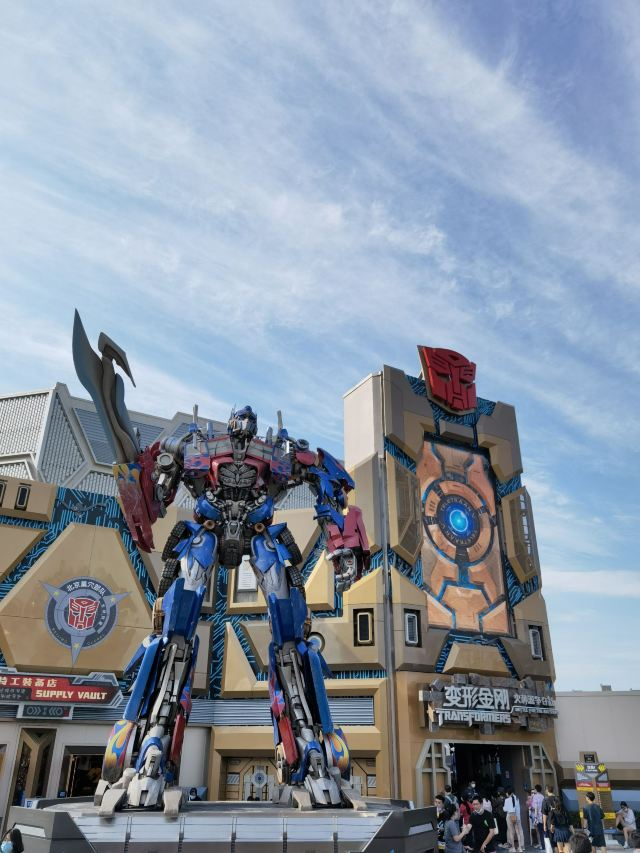 Universal Studios Beijing: How can I buy the ticket?

4.4/5Excellent2188 Reviews
Tian'anmen Square and Wangfujing Area Beijing|1.68km from downtown
It is very close to Wangfujing, and the hotel is relatively quiet. The hotel facilities are relatively old. The night reading lights at the bedside are a bit scary, too dim, and the light is scattered. Although it is an LED light source, can you change it to a better one? The picture is not taken, the position of the slippers cabinet is a bit old! A five-star hotel, to be honest, the bed is a bit thin! The important point is the breakfast experience. I'm talking about a relatively single type of food. Sorry for this Crowne Plaza brand. The bathroom experience is not very good, mainly because it is outdated! The air conditioner in the room belongs to the previous generation product, and no discussion is allowed! But the dining environment is still very good! The front desk staff is still very professional, after all, it is a chain hotel!
FromUS$78

4.6/5Outstanding6748 Reviews
Tian'anmen Square and Wangfujing Area Beijing|1.55km from downtown
Exit the Dengshikou subway, and cross the road to the Legendale Hotel. The Versailles-style design is very stunning, with an illusion of being in Europe. The 17-story atrium design in the lobby is very fantastic and is a popular place to check in. The beauty and wealth here come from every detail and collection of treasures, such as crystal chandeliers, the only fireplace hall in Beijing, French gold mirrors, and Baroque decorations. After so many years, they are still exquisite and shiny. In addition, there is a small garden behind the hotel, which is really a paradise in the second ring road. It is very convenient to walk to Wangfujing, Art Museum, and Sanlian Bookstore. Luckily, the staff helped us upgrade. The guest rooms are very comfortable, and the size and luxury of the executive suites cannot be replaced by the "fashionable design" of those new hotels. The suite is very spacious. The hotel has placed a comfortable bed for children under the outer window very intimately. The children voluntarily climbed up without crowding with us. Once the door is closed, there are two worlds. The coffee machine in the room, L’Occitane toiletries, soft carpet slippers are all available, and a pack of exquisite L’Occitane lipstick and hand cream is also given when turning the bed down. What moved me the most was that I thought that as an old hotel, there would be no usb sockets, but I found that all the sockets with usb were kindly offered. The swimming pool located on the second floor must be praised. The shape and design are very luxurious, and it has the feeling of a Roman spa. The water in the pool is clean, the temperature is just right, there are not many people, and there are massage chairs in the pool. The staff at the swimming pool is very responsible. We let the child go into the water first, then turn around to put the towels. In two or three minutes, the staff reminds us to take good care of the child and don’t let him be alone in the water. In addition, if there is a little water on the ground, the staff will wipe it clean. The Haojiangxuan Chinese Restaurant on the basement floor is a pleasant surprise. It is said that the master of the state banquet, Zhao Renliang, is in charge of his Jiangnan cuisine. Some of my favorite dishes are stewed lion head, moray eel paste, dried mushroom and shrimp Taizhou tofu, iron stick yam, even if you don’t live in a hotel, you might as well come here for a small gathering. The stewed lion head is really delicious. It is said that the cooking process is very complicated and delicate, and the clear soup is oil-free, fragrant and not greasy. The eel paste is the best I've ever eaten, especially with rice. However, no matter how much you eat, you still have to leave room for a red noodle soup. Sometimes there is no place to eat at noon, so you can come and order one by yourself. It is delicious with a plate of yam and fennel beans. In addition, the iced crayfish in summer is also an extremist. After the season, the current drunken crabs can just be replaced. The "June Yellow" yellow is really full. For breakfast in the French restaurant, there is a wide selection of Chinese and Western dishes and dim sum. Among them, I like wanton noodles and fried dough sticks the most.
FromUS$138

4.6/5Outstanding4217 Reviews
Beijing Railway Station, Jianguomen and Guomao Area Beijing|2.52km from downtown
The original W is now Sofitel, the hotel is well maintained, not at all old, the location of Jianguomen is convenient to go anywhere, the decoration is still like the previous W, people who like it will like it very much, I think it is quite there Unique, the basic room size is not small enough to use, but there is no service guide in the room, which is a bit inconvenient. It would be better to provide a paper or tablet computer~ The equipment is good and the bedding is good, the air permeability is very good, the extra-large bathtub is quite comfortable to soak in, but the hot water is really a bit slow (whether the bathtub or the shower), and the bath towels are really a bit of a drop in price, even the size and thickness The whole season is better than... The hotel’s catering personally feel that it is more attentive. The quality of the restaurant on the second floor is very good and characteristic. The breakfast variety is not very large, but the dining environment and food quality are also good. I would like to give a compliment. Now the price is still W compared to before. A lot, the price/performance ratio is pretty good in the core location of Beijing~
FromUS$117

4.5/5Excellent3953 Reviews
Tian'anmen Square and Wangfujing Area Beijing|0.86km from downtown
Located next to Wangfujing Pedestrian Street, in the center of Oriental Plaza, the exterior glass windows are impressive. This time I chose the Queen Suite! As the entire hotel is partially decorated, the entire registration process is completed as soon as you enter the door, and there is not much space. The first floor is also surrounded by billboards. But the attitude of the service staff is very enthusiastic, the concierge will take the initiative to guide you to the elevator, (the decoration is indeed more complicated), the front desk has arranged a room with a better view, but due to the decoration, there will be noise from 10 am to 6 pm during the day, so Friends who want to stay in the room during the day choose carefully...Lower floors are better. Because it is also a veteran hotel, the hotel facilities are quite satisfactory, you can see the old and heavy look, but it does not affect the experience, welcome fruits and free mini bars are all standard! The mattress is very comfortable [strong] but the sanitary cleaning needs to be improved. The mirror of the room has obvious water patterns on the top. The scenery of the living room may be a problem with the wiring. The decoration needs to be carefully controlled. "Grand Hyatt Beijing"
FromUS$142

4.7/5Outstanding3387 Reviews
Qianmen, The Temple Of Heaven and Chongwenmen Beijing|0.79km from downtown
The overall hotel is high-end atmosphere, although the lobby is small but very distinctive, and the breakfast is quite generous. The downside is that there is a door in the wall of the two rooms. Although it has been locked, I feel that it is not at ease, and it is fine for me to stay for four nights. Another downside is that there is a pool of stains on the bedside that has been really affecting the mood. Although I know it is difficult to clean up, I don’t know how it can leave such dirty stains and have such dirty hair. I hope the hotel It can be cleaned up and then people can move in, because it was discovered only after sleeping at night, and I don't want to switch back and forth the next day and sleep on the other end. What is commendable is the waiter on the floor, the service is in place, and we will provide timely supplies when we encounter any needs.
FromUS$130

Cheap Flights to Beijing for Your Universal Studios Journey