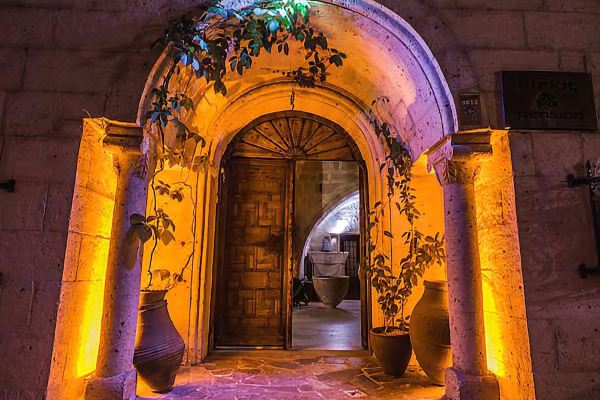 Located in Avanos, this cave hotel is less than 9 km from Göreme. It offers rooms with free WiFi, and has a restaurant that serves traditional cuisine. Rooms at the Kirkit Hotel have stone walls and wooden furnishings,some of which is antique. They include a private bathroom with a shower. Some rooms have balconies with views of the Kizilirmak River. Hotel Kirkit serves local wine in the restaurant, and provides live music in the central courtyard. Guests can also rent a bicycle and explore the countryside. Nearby leisure activities include hiking, cycling, and horse riding. The town of Zelve is 5 km away.

Check-in and Check-out Times
Check-in: from 14:00 to 00:00. Check-out: from 00:00 to 11:00. Please ensure you check in within the designated times.
Important City Info
Guests aged under 18 cannot stay at the hotel alone. Specific policies may vary by hotel and room type.

Check-in and Check-out
Children and Extra Beds
Children are welcome at this hotel.
Parking
Pets
Pets are permitted at the request of guests for no additional charge.
Paying at the Hotel