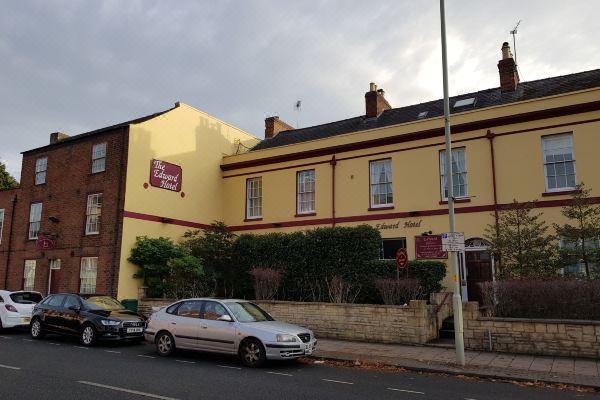 Centrally perched in beautiful historic city of Gloucester this Grade II listed Victorian terraced hotel is an ideal place for business travellers and holidaymakers alike. Part of the hotel was built in 1796 and the rest in 1832, when Gloucester was a thriving inland port. History buffs may relish the opportunity to visit the beautiful Gloucester Cathedral, Guildhall, Gloucester Rugby Club, the Docks, Quays and museums are readily walkable. Strengths of the property are the fabulous location and the balance struck between affordable accommodation and quality. All bedrooms are non-smoking and ensuite. Each of them feature beautiful décor and come with modern amenities such as Wi-Fi access, tea and coffee making and digital channels on flat screen TV, provided to ensure entertainment after a long day of work or touring into the city. Every morning guests may enjoy a full traditional breakfast for a great start to the day.

Front Desk Not Open 24-Hours
24-hour front desk service is not available at this hotel.
Check-in and Check-out Times
Check-in: from 13:00 to 23:00. Check-out: from 07:30 to 10:30. Please ensure you check in within the designated times.
Important City Info
Guests aged under 18 cannot stay at the hotel alone. Specific policies may vary by hotel and room type.

Parking
Pets
No pets allowed.
Paying at the Hotel