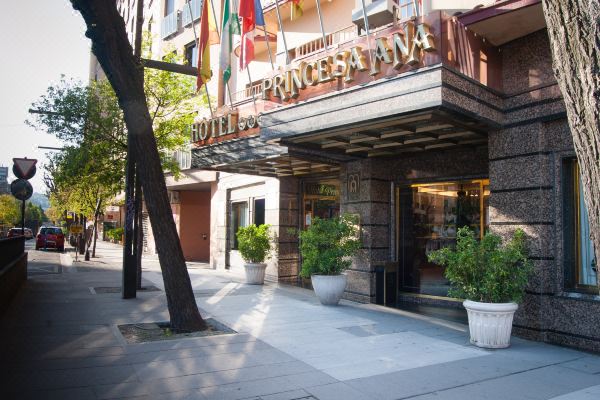 Translation of a verified review

Princesa Ana is located 200 metres away from the Renfe train station and 10 minutes' walk from the cathedral. It offers charming rooms with free Wi-Fi.Admire the fashionable materials used in the Princesa Ana's interiors, with furniture by Valentí and many other famous designers. Rooms are comfortable and well-equipped, with full air conditioning.Enjoy a varied buffet breakfast, at an additional cost, including special healthy and gluten-free options.Head out past the nearby University into the city, where you can visit the Cathedral and the world-famous Alhambra Palace.After a day out sightseeing, have a drink at the Princesa Ana's lovely English bar. You can also grab a coffee at the café between meetings in the conference rooms.At night, take advantage of the 24-hour reception desk to get great dinner recommendations in the local area.

For each room, 1 child 17 years old and under can use existing beds.