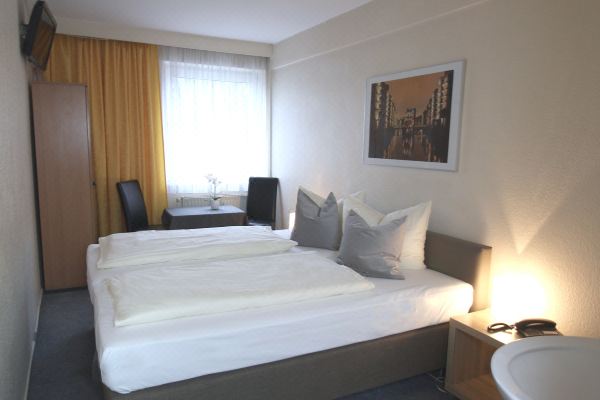 This 2-star hotel in Hamburg enjoys a central location just off the Reeperbahn, in the heart of the famous St. Pauli district. The family-run Auto-Parkhotel is set near the port and fish market, within easy reach of Hamburg’s legendary nightlife, musicals and entertainment venues. Enjoy the free parking spaces in front of the hotel, good motorway access, and excellent public transport connections. The Reeperbahn city rail (S-Bahn) station is just 200 metres away. Help yourself to a delicious breakfast in the buffet lounge after an exciting night out. We offer a total of 40 guest rooms on 4 floors. Treat yourself to a tasty breakfast buffet from 06:00 until 10:00 in the cosy dining room. Help yourself to a selection of refreshing drinks.

Important City Info
A city tax/mandatory bed tax/city tourism tax will be charged during the stay. These taxes are not included in the total rate for some rooms and shall be paid at the hotel front desk.
The hotel does not accept children under 18 years of age staying alone.

For each room, 1 child 4 years old and under can use existing beds.

Parking
Pets
No pets allowed.
Paying at the Hotel