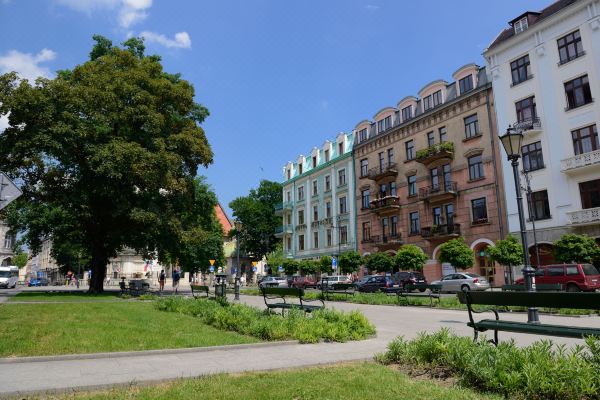 <p><b>Property Location</b> <br />With a stay at Hotel Matejko, you'll be centrally located in Krakow, steps from St. Florian's Church and Grunwald Monument. This hotel is close to Main Market Square and Wawel Castle.</p><p><b>Rooms</b> <br />Stay in one of 51 guestrooms featuring LCD televisions. Complimentary wired and wireless Internet access keeps you connected, and satellite programming provides entertainment. Private bathrooms with showers feature complimentary toiletries and hair dryers. Conveniences include phones, as well as desks and complimentary bottled water.</p><p><b>Rec, Spa, Premium Amenities</b> <br />Make use of convenient amenities such as complimentary wireless Internet access, babysitting/childcare (surcharge), and babysitting/childcare. This hotel also features shopping on site, wedding services, and a television in the lobby.</p><p><b>Dining</b> <br />Satisfy your appetite at the hotel's restaurant, which serves breakfast, lunch, and dinner, or stay in and take advantage of room service (during limited hours). Quench your thirst with your favorite drink at a bar/lounge.</p><p><b>Business, Other Amenities</b> <br />Featured amenities include complimentary high-speed (wired) Internet access, dry cleaning/laundry services, and a 24-hour front desk. This hotel has 2 meeting rooms available for events. A roundtrip airport shuttle is available for a surcharge.</p><p>You must present a photo ID when checking in. Your credit card is charged at the time you book. Bed type and smoking preferences are not guaranteed.Your reservation is prepaid and is guaranteed for late arrival. The total charge includes all room charges and taxes, as well as fees for access and booking. Any incidental charges such as parking, phone calls, and room service will be handled directly between you and the property.</p>