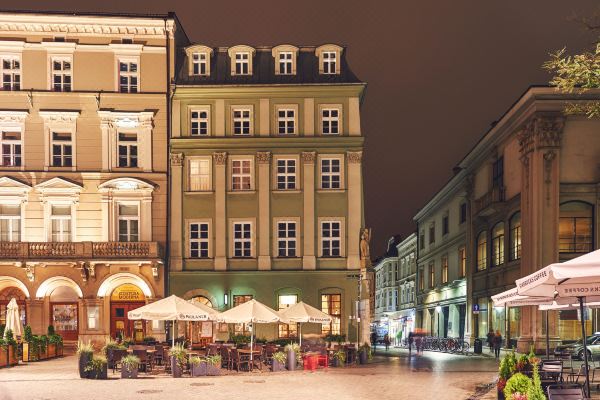 Hotel Imperial is situated by the Main Market Square in the Old Town district in Kraków. Guests can enjoy the on-site restaurant. Every room at this hotel is air conditioned and comes with a flat-screen TV. You will find a kettle in the room. Every room is equipped with a private bathroom with a bath or shower and bidet, with bathrobes, slippers and free toiletries provided. There is a 24-hour front desk at the property. Town Hall Tower is 50 metres from Hotel Imperial, while Cloth Hall is 80 metres from the property. The nearest airport is Krakow - Balice Airport, 10 km from the property.

Check-in and Check-out
Children and Extra Beds
Children are welcome at this hotel.
Breakfast
Parking
Paying at the Hotel