Health Protected
No.51 Rua de Xangai, Macau Peninsula, Macau, ChinaShow on map
The Emperor Hotel is only a 10-minute walk away from the ferry terminal, and a 15-minute drive from the Macau International Airport.Show More
Select Room 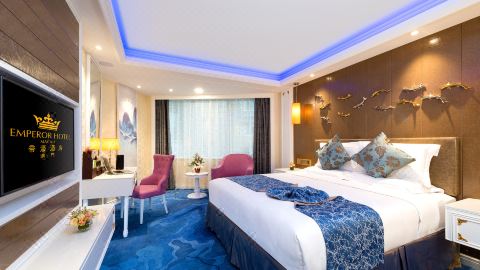 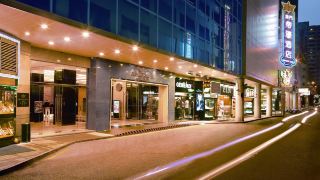 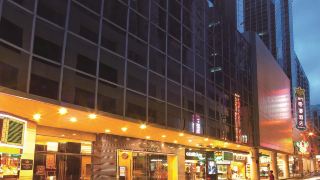 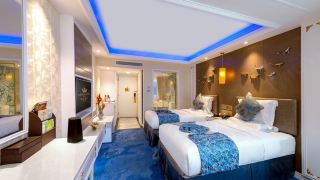 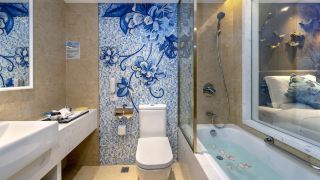 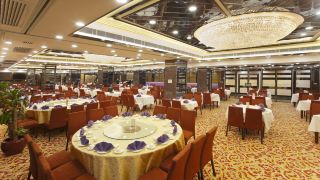 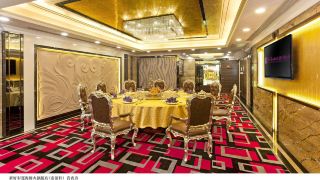 Check-in and Check-out
Check-in from 15:00Check-out from 00:00 to 12:00
Children and Extra Beds
Children are welcome at this hotel.
Breakfast
Parking
Pets
No pets allowed
Age Requirements
The guest checking in must be at least 18 years old.
Paying at the Hotel

The Emperor Hotel is only a 10-minute walk away from the ferry terminal, and a 15-minute drive from the Macau International Airport. The Emperor Court offers Cantonese and Western cuisines, the Coffee Shop serves Portuguese and International cuisine and the VIP lounge is the ideal place read or use the Internet. This Macau hotel has a 380 square meter (454 sq yd) function room that holds up to 300 people. There are also several meeting rooms equipped with audio-visual equipment and a business center that provides secretarial service, typing, translation, photocopying, facsimile, telex and a courier pick-up service. Guests can relax by getting a massage or heading to the steamy sauna. Other services on offer are a ticket office, gift shop and parking.