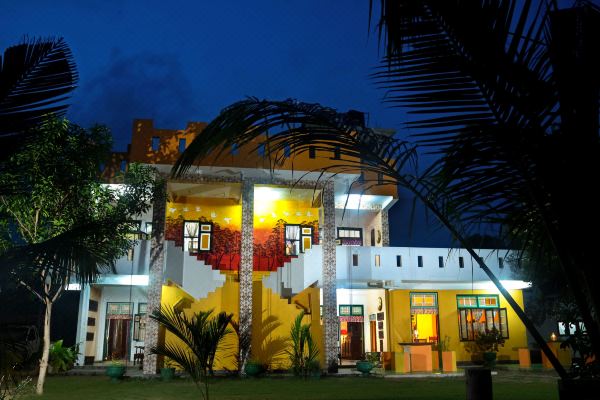 Located in Negombo City, Villa Ceylon is a perfect starting point from which to explore Negombo. The hotel offers a wide range of amenities and perks to ensure you have a great time. Service-minded staff will welcome and guide you at the Villa Ceylon. All rooms are designed and decorated to make guests feel right at home, and some rooms come with television LCD/plasma screen, additional bathroom, additional toilet, cleaning products, clothes rack. The hotel offers various recreational opportunities. For reliable service and professional staff, Villa Ceylon caters to your needs.

Check-in and Check-out Times
Check-in: from 13:00 to 21:00. Check-out: from 11:30 to 12:30. Please ensure you check in within the designated times.
Important City Info
The hotel does not accept children under 18 years of age staying alone.

Check-in and Check-out
Children and Extra Beds
Children are welcome at this hotel.
Parking
Pets
Pets are permitted. Charges may apply.
Paying at the Hotel