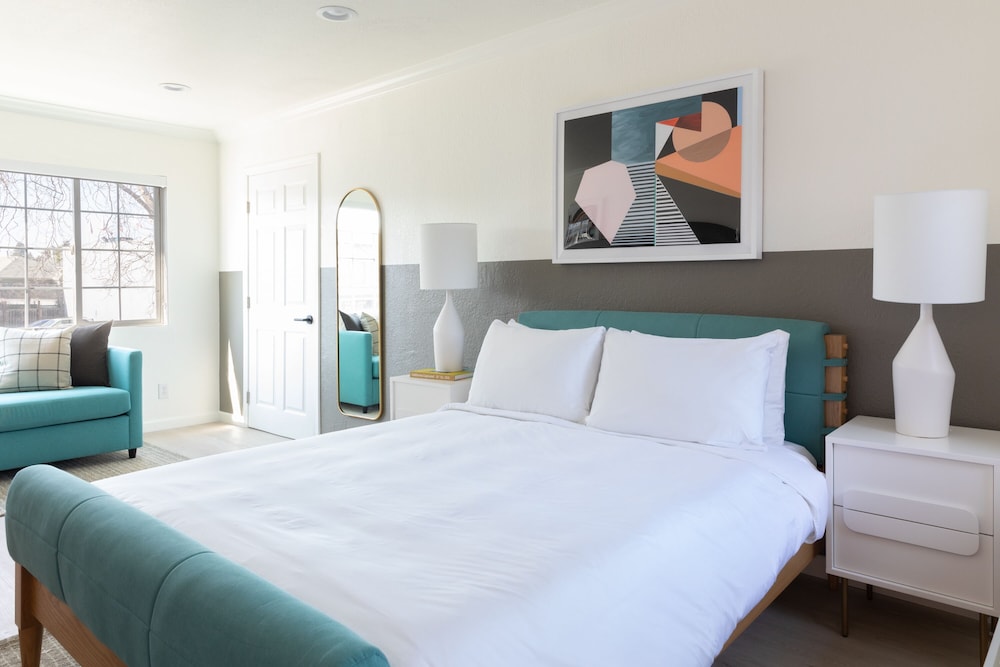 Check-in and Check-out
Child Policies
Children are welcome at this hotel. Additional fees may be charged when a child stays at the hotel with parents or guardians, please confirm with the hotel.
Parking
Pets
No pets allowed.
Age Requirements
Checked in guests must be aged 21 years old or above.
Paying at the Hotel

Located less than 1 mile from MacArthur/Telegraph BART Station, this motel offers a 24-hour reception and guest rooms with free Wi-Fi. Free guest parking is available. A satellite TV is provided in each air-conditioned guest room at Broadway Motel. Rooms include a work desk and an en suite bathroom. Vending machines featuring drinks are offered on site at Motel Broadway. Featuring restaurants and shops, Piedmont Avenue is just 1 mile away. Oakland Children's Hospital & Research Center and Kaiser Hospital are within 2 minutes’ drive from this motel.

About 26m from hotel by car

About 27m from hotel by foot

Chapel of the Chimes Oakland

The Museum of Art and Digital Entertainment