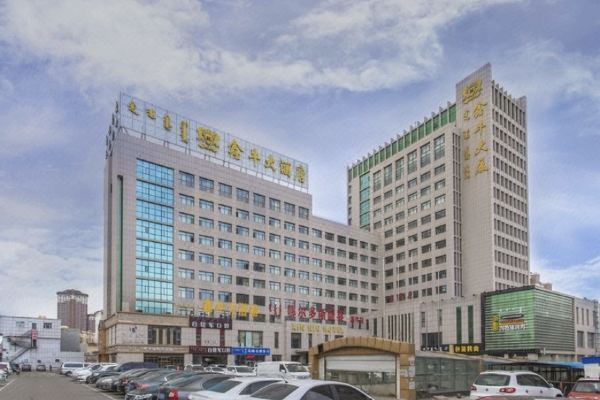 Ideally located at the crossing of West Street and South Yihua Road in the downtown area, the Xinniu Hotel (Xinniu Dajiudian) is only a five-minute drive from Dongsheng Railway Station and Bus Station. This Ordos hotel houses various standard rooms and suites, offering all standard amenities plus international direct dial phones, LCD screen TVs, hair dryers and mini fridges. Guests choosing to dine in the hotel will find local flavors and various cuisines from Sichuan, Hunan, Shandong, and Guangdong at the on-site Chinese restaurant. There is also a Western restaurant serving authentic Italian coffee and Western style dishes. Group dining can be arranged in the four large banquet halls while more intimate atmospheres can be enjoyed in over 20 private dining rooms. Three meeting rooms can accommodate groups from 30 to 400 and all well equipped with complete facilities. Guests with less pressing schedules can pay a visit to the bath center.