Homestay
Via Discesa Dei Giudici, 15,\N, Palermo, 90133, Sicily, ItalyShow on map
Ad Hoc Rooms, a bed and breakfast, is a property located in Palermo. Each accommodation at the bed and breakfast has city views, and guests can enjoy access to a terrace. Palermo Cathedral is 800 metres from the bed and breakfast. At the bed and breakfast, the rooms have a desk. Featuring a private bathroom with a bath or shower and free toiletries, rooms at Ad Hoc Rooms also provide guests with free WiFi, while some rooms also boast a terrace. At the accommodation the rooms include air conditioning and a flat-screen TV. A continental breakfast can be enjoyed in the breakfast area. Languages spoken at the 24-hour front desk include French and English. Palazzo dei Normanni is 1.2 km from Ad Hoc Rooms, while Via Maqueda is 300 metres from the property. The nearest airport is Falcone-Borsellino Airport, 24 km from the property.Show More
Select room 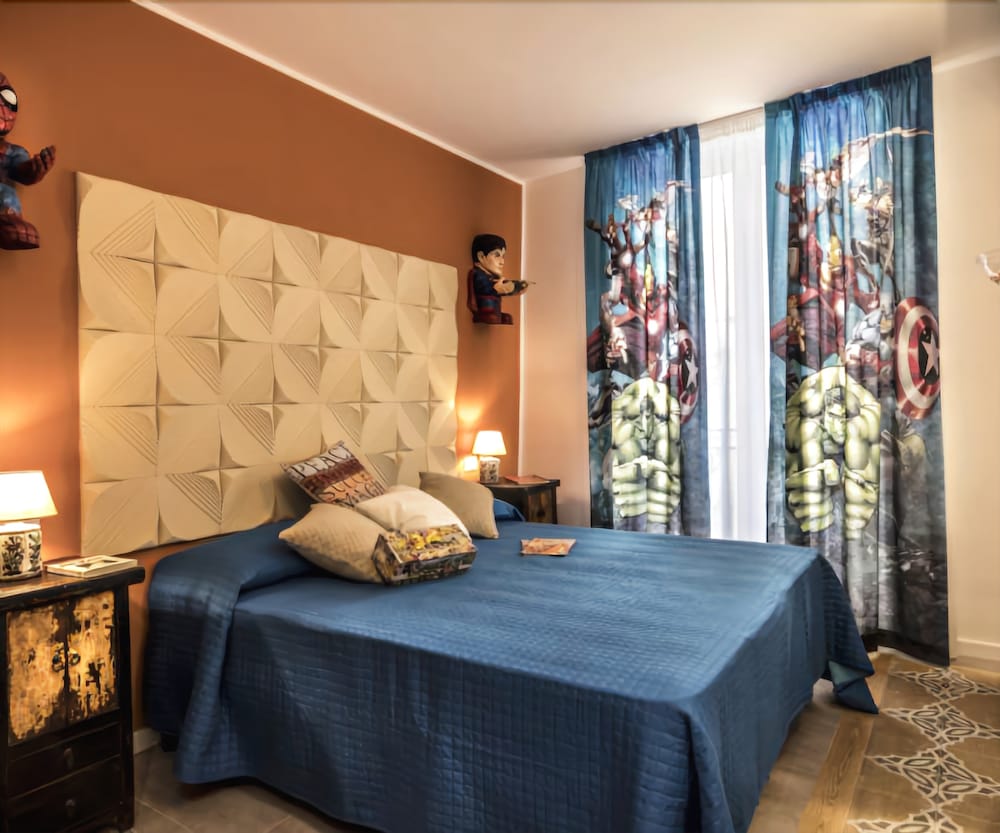 Check-in and Check-out
Child Policies
Children are welcome at this hotel. Additional fees may be charged when a child stays at the hotel with parents or guardians, please confirm with the hotel.
Parking
Pets
No pets allowed.
Age Requirements
Checked in guests must be aged 18 years old or above.
Paying at the Hotel

Check-in and Check-out Times
Check-in: from 14:00 to 20:00. Check-out: from 10:00 to 11:00. Please ensure you check in within the designated times.
Important City Info
[Aug 6, 2021 - Dec 31, 2022] According to the Decree-Law n.105 dated 23rd July 2021, from the next 6th August 2021, access to the following hotel facilities is allowed ONLY to guests with Covid-19 certification(Green Pass): - Indoor bars and restaurant; - Indoor Wellness center, indoor gym and swimming pool. Green Pass is also mandatory to attend meetings and events and to enter meeting rooms. （The possession of the Green Pass is mandatory to access the accommodation facilities for some hotels. For details, please contact the hotel.）

About 36m from hotel by car