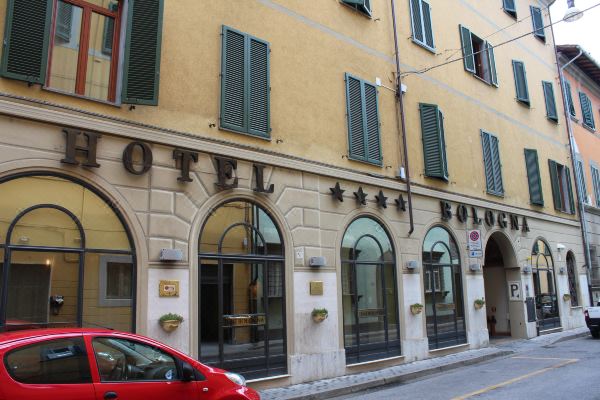 The elegant Hotel Bologna is set in the historic centre of Pisa, 5 minutes' walk from the train station. It offers free Wi-Fi and a shuttle to the airport. All rooms have minibar, and flat-screen TV with satellite channels. They feature floor-to-ceiling windows, wooden floors and independent heating. Breakfast at the Bologna is a varied buffet including fruit, cold meats, and fresh bread and cakes. It can be enjoyed on the courtyard terrace, or provided to take away for early check-outs. The bar offers free tastings of traditional Tuscan products every evening. The Campo dei Miracoli and the famous Leaning Tower are a 12-minute walk from the hotel. The highway that links Pisa with Florence and Livorno is 3km away.