List My Hotel
Help
HomeHotelsSansui HotelsSansuishewangbinguan
All Properties in Sansui 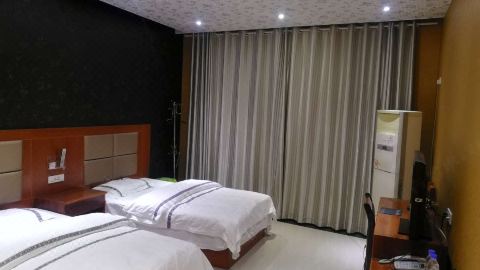 Check-in and Check-out
Check-in from 11:00Check-out before 13:00
Children and Extra Beds
Children are welcome at this hotel.
Breakfast
Parking
Pets
No pets allowed.
Age Requirements
The guest checking in must be at least 18 years old.
Paying at the Hotel

The Sansuishewangbinguan provides a great place for travelers to relax after a busy day. The Sansuishewangbinguan offers a pleasant stay in Sansui for those traveling for business or leisure. The hotel is just 4km away from Sansui Railway Station. Sightseeing in the area is easy, with Yang Zhicheng General Memorial Hall (Northeast Gate) and Dayuejin Yicun Museum both nearby. After a long day of sightseeing, guests can retire to the comfort of the hotel. Guests of this Sansui hotel can make use of the parking facilities. According to our guests, this hotel provides a very high level of service.