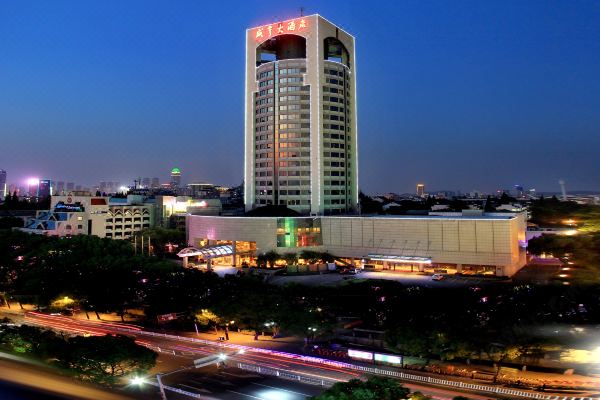 The Xianheng Hotel (Xianheng jiudian) is strategically located in Shaoxing's bustling commercial area and just 4 kilometers (2.5 mi) from Shaoxing Railway Station. Hungry guests can dine on site where they can enjoy both Chinese and Western food. The Seafood Restaurant is particularly good, serving some of the finest Shaoxing food in town. The Violet Bar serves a variety of cocktails and beverages, perfect for relaxing after a long day. For those traveling on business the hotel provides a fully equipped business center, with a full range of meeting and banqueting services. For larger events a 500 seat function room is available. Guests at this Shaoxing hotel can enjoy free in-room Wi-Fi access as well as free parking. Those wanting to keep in shape should head to the gym while those simply wanting to relax can make use of the hotel's spa, sauna and massage facilities.