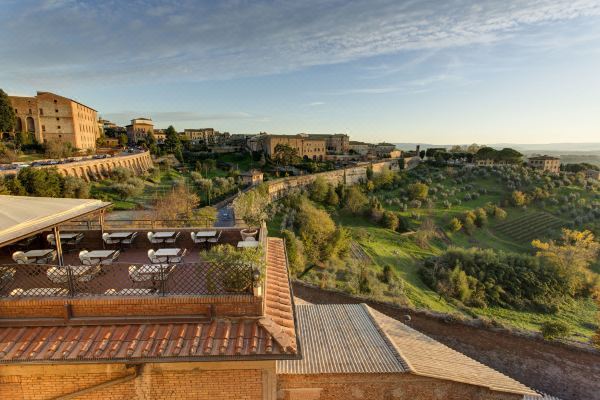 <p><b>Property Location</b> <br />With a stay at Hotel Athena, you'll be centrally located in Siena, steps from Chiesa e Convento di San Niccolo del Carmine and minutes from Duomo di Siena. This 4-star hotel is within close proximity of Ospedale di Santa Maria della Scala and National Museum of Archaeology.</p><p><b>Rooms</b> <br />Make yourself at home in one of the 100 air-conditioned rooms featuring refrigerators and LCD televisions. Your room comes with a memory foam bed. Complimentary wired and wireless Internet access keeps you connected, and digital programming provides entertainment. Private bathrooms with bathtubs or showers feature designer toiletries and bidets.</p><p><b>Rec, Spa, Premium Amenities</b> <br />Enjoy recreation amenities such as bicycles to rent or take in the view from a rooftop terrace. Additional features include complimentary wireless Internet access, a television in the lobby, and tour/ticket assistance.</p><p><b>Dining</b> <br />Enjoy a meal at a restaurant, or stay in and take advantage of the hotel's 24-hour room service. Quench your thirst with your favorite drink at a bar/lounge.</p><p><b>Business, Other Amenities</b> <br />Featured amenities include complimentary high-speed (wired) Internet access, a business center, and a computer station. Free self parking is available onsite.</p><p>You must present a photo ID when checking in. Your credit card is charged at the time you book. Bed type and smoking preferences are not guaranteed.Your reservation is prepaid and is guaranteed for late arrival. The total charge includes all room charges and taxes, as well as fees for access and booking. Any incidental charges such as parking, phone calls, and room service will be handled directly between you and the property.</p>

Check-in and Check-out
Children and Extra Beds
Children are welcome at this hotel.
Breakfast
Parking
Pets
Pets are permitted at the request of guests for no additional charge.
Paying at the Hotel