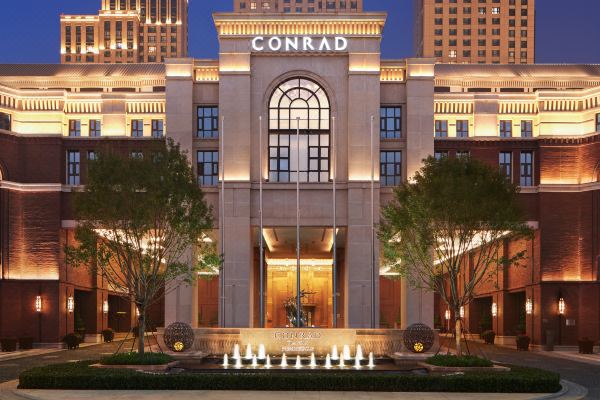 Opened in 2019, the Conrad Tianjin offers travelers a pleasant stay in Tianjin, whether for business or leisure purposes. The hotel is conveniently located just 8km from Tianjin Railway Station and 28km from Binhai International Airport. Transportation around the city is also convenient, with Tianta Metro Station within walking distance. Famous local attractions Enjia Huaxia Weilai Yingshi Base (huanhuzhongdao), The Memorial to Zhou Enlai and Deng Yingchao and Tianta Lake Scenic Area, can all be reached with a short walk. When guests have some time on their hands they can make use of the onsite facilities. Airport pickup can be arranged by the hotel upon request. This Tianjin hotel offers parking on site. There's never a dull moment at this hotel, our guests indicate that the facilities are excellent. This hotel is particularly popular with those traveling on business.

For each room, 1 child can use existing beds.