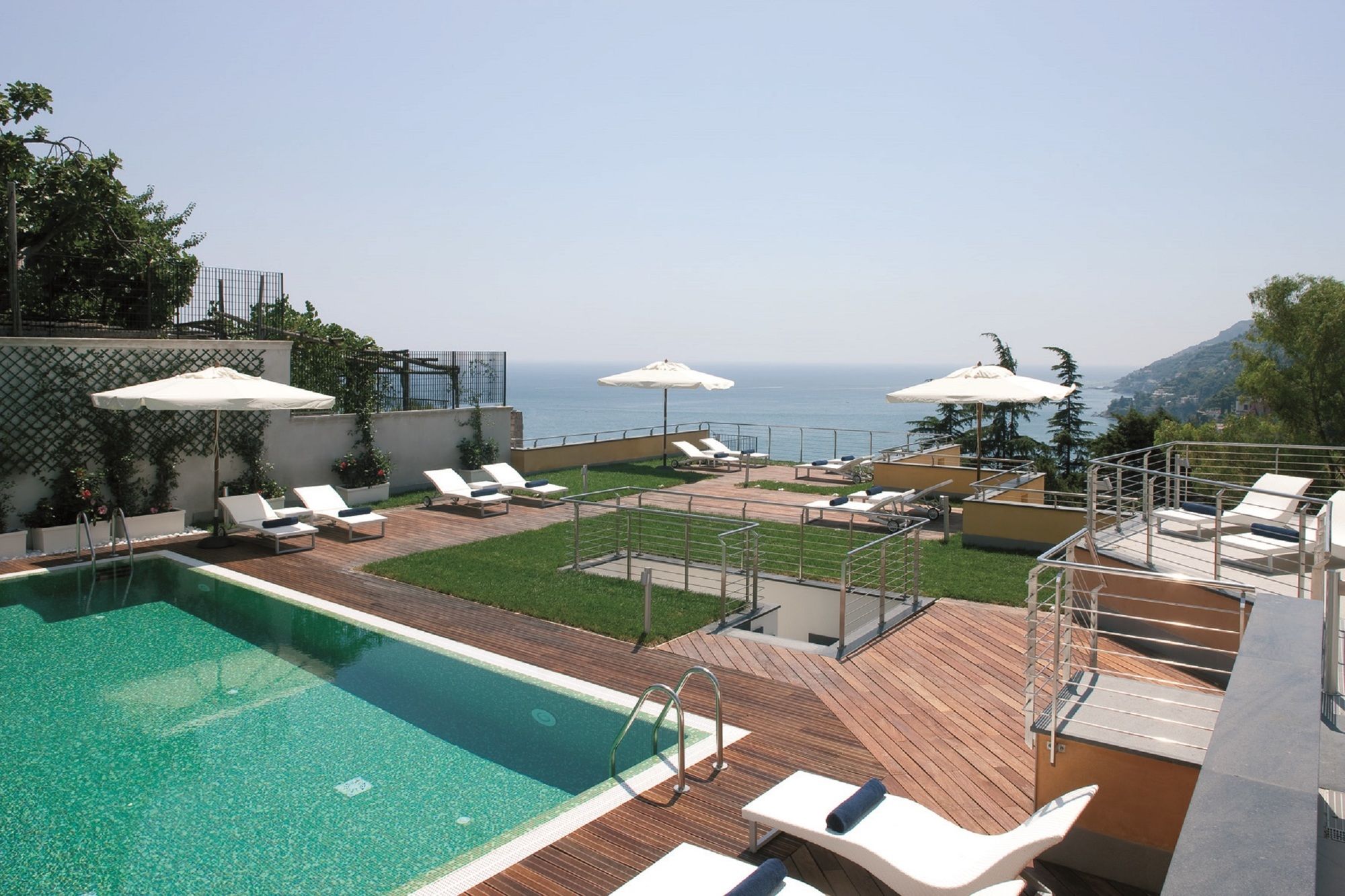 Suite with Balcony and Sea View

Check-in and Check-out
Check-in from 14:00Check-out from 06:00 to 12:00
Children and Extra Beds
Children are welcome at this hotel. Additional fees may be charged when a child stays at the hotel with parents or guardians, please confirm with the hotel.
Breakfast
Parking
Pets
Pets are permitted at the request of guests for no additional charge.
Age Requirements
Guests under 18 years of age are not permitted to stay at the hotel without a parent or guardian
Paying at the Hotel

Property Location With a stay at Relais Paradiso in Vietri Sul Mare (Raito), you'll be minutes from Marina di Vietri Beach and close to Ceramics Museum. This 5-star hotel is within close proximity of La Trinita della Cava Abbey and Port of Salerno. Rooms Make yourself at home in one of the 22 air-conditioned rooms featuring minibars. Rooms have private balconies. Complimentary wired and wireless Internet access is available. Private bathrooms have jetted bathtubs and hair dryers. Rec, Spa, Premium Amenities Treat yourself with body treatments and facials. You're sure to appreciate the recreational amenities, including an outdoor pool and a seasonal outdoor pool. This hotel also features complimentary wireless Internet access, wireless Internet access (surcharge), and concierge services. Dining Satisfy your appetite at the hotel's restaurant, which serves breakfast, lunch, and dinner, or stay in and take advantage of room service (during limited hours). Quench your thirst with your favorite drink at a bar/lounge. Business, Other Amenities Featured amenities include complimentary high-speed (wired) Internet access, limo/town car service, and express check-in. Free self parking is available onsite. You must present a photo ID when checking in. Your credit card is charged at the time you book. Bed type and smoking preferences are not guaranteed.Your reservation is prepaid and is guaranteed for late arrival. The total charge includes all room charges and taxes, as well as fees for access and booking. Any incidental charges such as parking, phone calls, and room service will be handled directly between you and the property.