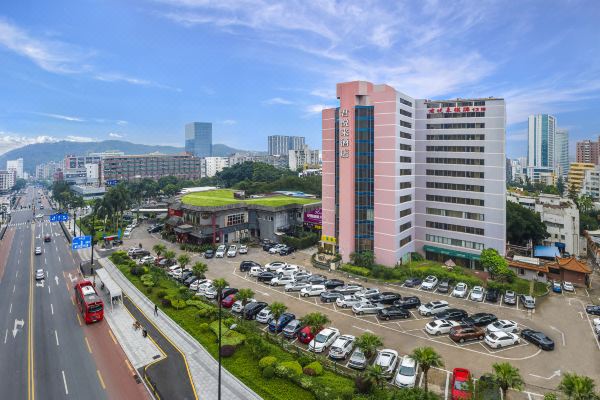 The Greenery Hotel (Junyuelai Jiudian) is located in the commercial center of Zhuhai. It is a 3-min drive to Jiuzhou Port, a 7-min drive to the Macao Customs and a 45-min drive to the Zhuhai Airport. Two restaurants in the hotel serve a variety of Western, Cantonese and Chaozhou cuisines. Guests have a myriad of activities to pass the time including swimming, body building, massage, chess and cards and shopping.