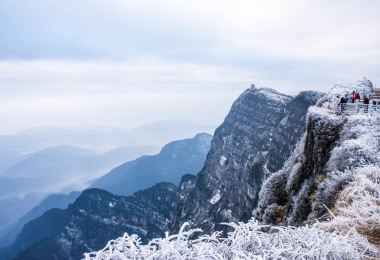 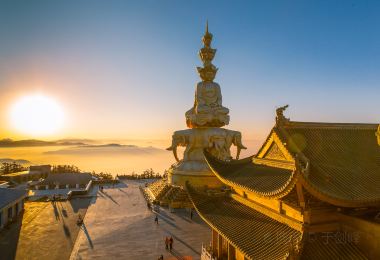 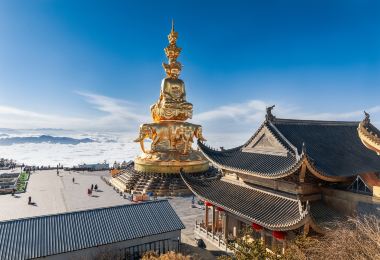 Reasons to Recommend: Emeishan's Golden Peak Temple is surrounded on all sides by places of interest, attractions, and temples of all sizes, shapes, and historicity. To visit here is to truly experience the essence of Emeishan. Golden Peak Temple's golden statue of the Samantabhadra (the Universal Worthy with Four Faces and Ten Great Vows) is a must-see for many tourists to Emeishan. It is also one of the Han ethnicity national key temples of Buddhism. At 3,079 meters above sea level, visitors to the Golden Peak Temple will find their breath taken away by more than just the 48m tall Samantabhadra. While there, devotees may also go to the Huayan Temple to pay respect to the Buddha. From all four sides of the Golden Peak Temple, it is possible to see Emeishan's four wonders - the rising sun, the sea of clouds, the glory of the Buddha, and the holy light. 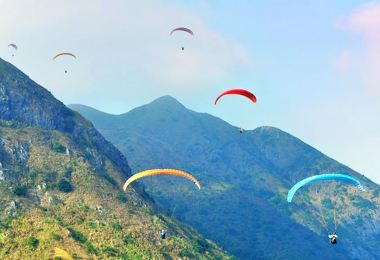 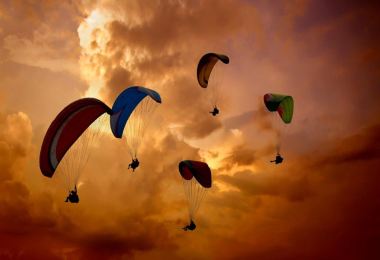 "Today is not here to teach, is to take his son to see Chengdu International Air Show, his son has always loved airplanes, and often said that when he grew up to fly, the weekend to take him to cultivate interest first. I don't know if it is the reason of the last day. There are not many people at the air show. The ticket is 128 people. The display is mainly small aircraft, basically also functional, no passenger plane. The location is next to the Xinjin Branch Airport. There are many toys related to the spaceflight, such as drones, etc., the whole air show feels not very large, it has not been long to go around, many booths have been withdrawn. My son is still very happy, high for a day!"

Reasons to Recommend: The Emei Mountain Paragliding Double Experience is an outdoor high-altitude sport that is accompanied by a full-time instructor to complete a two-person unpowered gliding flight. Visitors do not need any professional training to feel the freedom of flying at the foot of the magical and beautiful Mount Emei. They can also overlook the Emeishanmen Square, Emei River and Huangwan Town in the air. 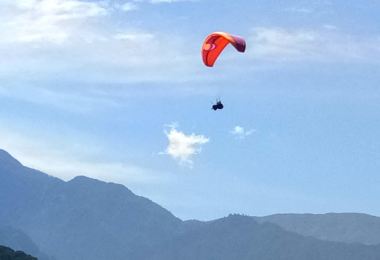 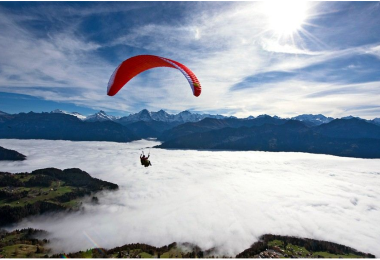 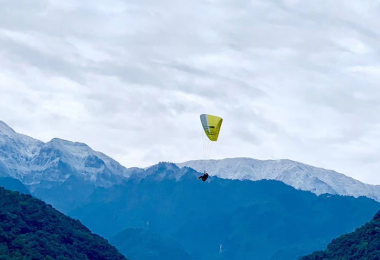 "Start: There are several paragliding clubs in Chengdu. We have comprehensively compared them and chose this one with a higher price/performance ratio. (price, safety, location, comments from others) (paragliding is actually quite safe, but people are less secure about the air) Process: Drive everyone to the top of the mountain, then wear equipment (a batch of shackles), the club will be ready to shoot the equipment. Our group is 3 people, my second flight, I have to say that the roc bird coach thief is stable! ! Give me a patient explanation, help me reduce fear! The first time I was too afraid of taking off failure, and patiently explained it to me like the first love, helping me overcome my inner fear, and the second time I took off smoothly. Because I have planned this thing for a long time, so I fly super cool! overlooking the mountains, my heart has flown, I am the most diao! The coach's technology is very skilled, we met the airflow, the coach is steady, I have played for a while, hahahaha. In addition to taking photos, there may be a small excitement during the flight. According to Tao (one of us) flying over an eagle under his feet, he thought that he was the zhou xingchi in kung fu, and stepped on the footage of the hawk taha god. The brain is really big (when he came down to me and he said it to us, we were full of contempt: just you, Hem). Location: very smooth, the coach will also tell you in advance how to do (lifting jio). Then the later revision and friends circle. This is not introduced. Mm right!"
TOP 4
 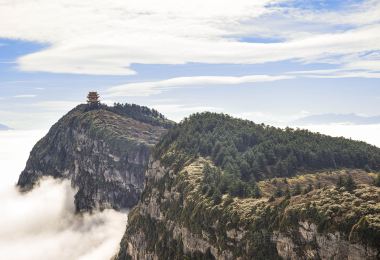 ""Sheshen Cliff of Meng Emei Mountain" (Qi Jue. Chinese rhyme) The golden dome of Emei Sheshen Cliff, the sea of clouds churning and reflecting the colorful clouds. The sacred lamp of the sun setting sun shines, and the mountains look up to the end of the world. (Motherland Landscape 1047)"
TOP 5
 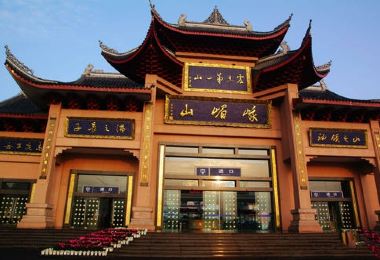 Reasons to Recommend: Ninety-nine Turn is a famous dangerous slope of Mount Emei. It starts at Lingying Pavilion and ends at Shouxing Bridge. It is a very difficult mountain road in the Emei Mountain walking tour. Legend has it that when Puxian came to Emeishan to build a dojo in the beginning, passing through this place, seeing the mountain is high and the terrain is strange, then the three ancestors of the ancestral buddha commander are enlightened at the same time, and each person takes a step. The three thousand stone grades came from this. When the spirit ancestors accepted the count, there were ninety-nine turns of stone steps. This slope was named after it.

Popular Types of Attractions in Emeishan

Top 10 Featured Hot Springs in Chengdu to Refresh You