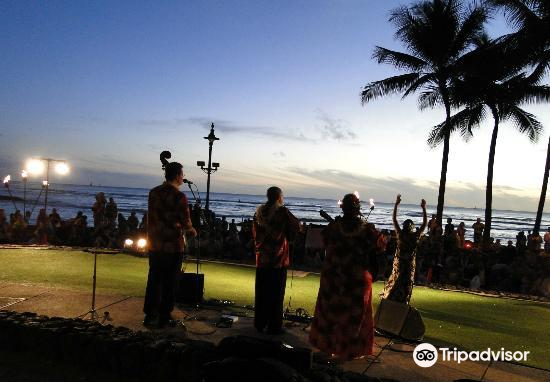 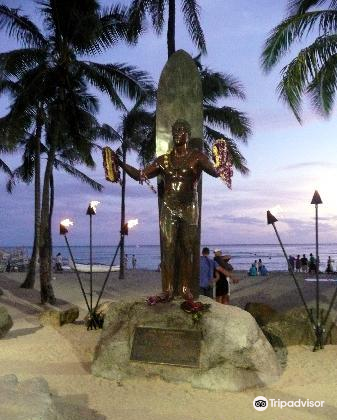 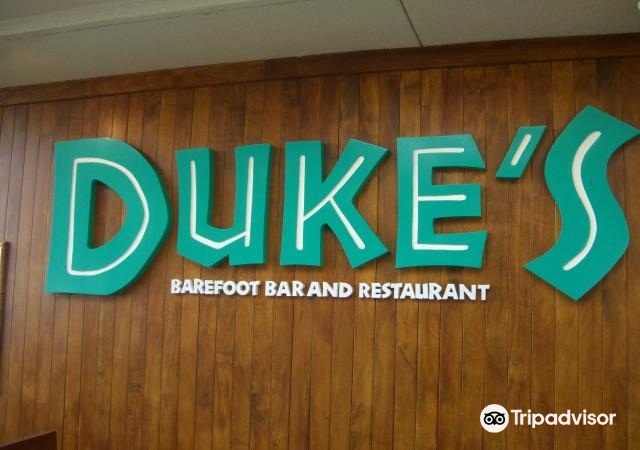 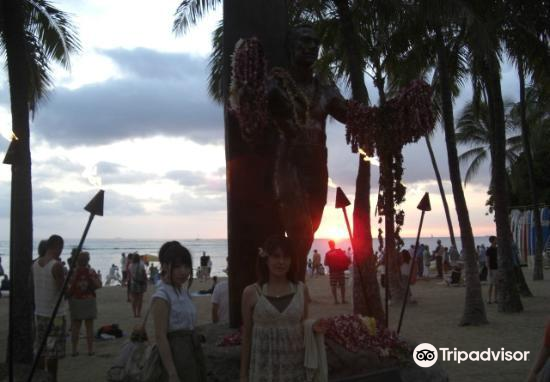 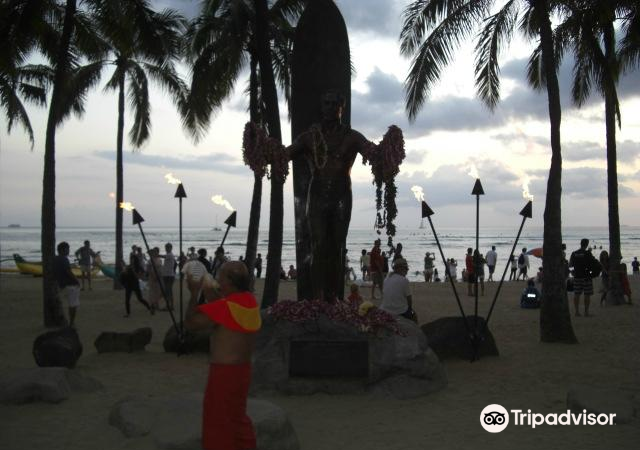 Duke Kahanomoku was a record breaking Olympian who lived from 1890-1968 and who was known as the "Father of modern surfing". Not only did he swim and surf, he also acted in Hollywood movies and worked as a sheriff for many years. He even fought off an eel and saved 12 people from drowning. His statue in Honolulu holds out his arms and tourists often bring leis to put around his neck. There is a webcam on the statue, so if you want someone to see you in Hawaii in real-time, visit Duke during the daylight hours.
Show More