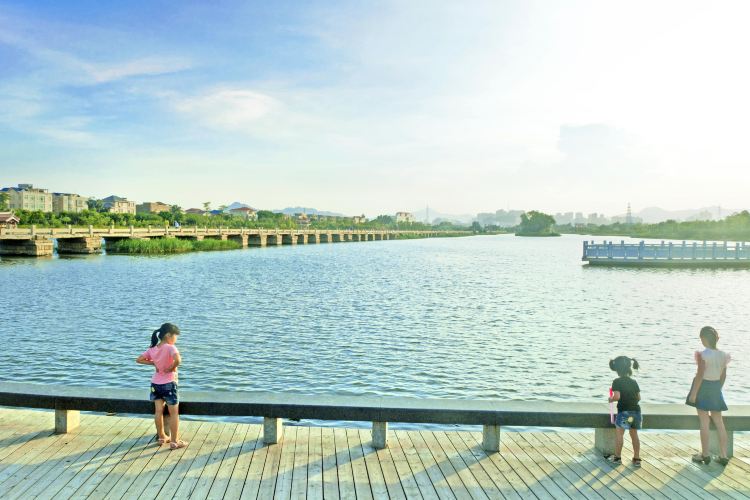 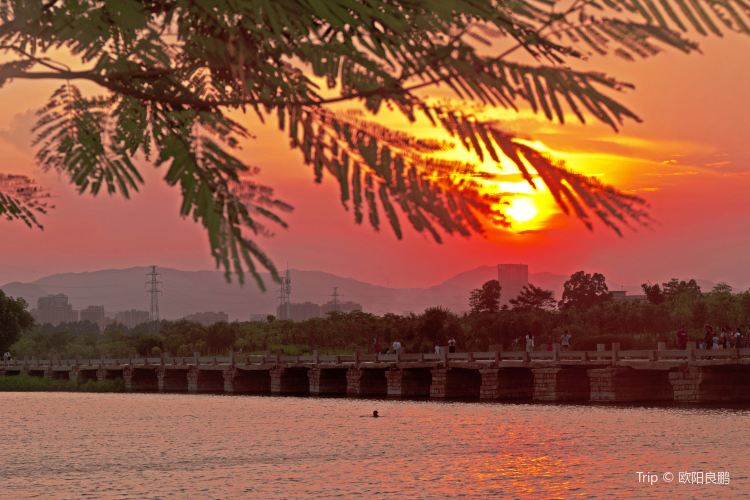 Anping bridge is a famous girder stone bridge in medieval times, so it has the beauty of "there is no bridge in the world to grow this bridge". Anping bridge on the heart of the water, five pavilions, such as pavilions. Bridge piers method, with long stones and rectangular stones stacked in transverse and longitudinal, quadrate, unilateral ship form, bilateral ship form three forms, such as changhong. In addition, on both sides of the long bridge, there are ancient stone towers and stone statues of Buddha. On the balustrade, there are vivid stone lions of male and female and stone statues of general protecting the bridge, all of which are stone carvings of the southern song dynasty. East bridge head has five hexagonal hollow brick tower, outside daub white ash. High tower long bridge with a beautiful picture.
Show More