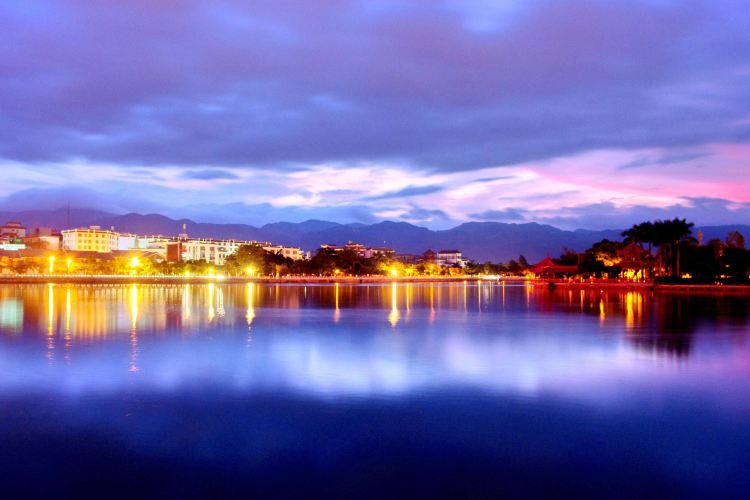 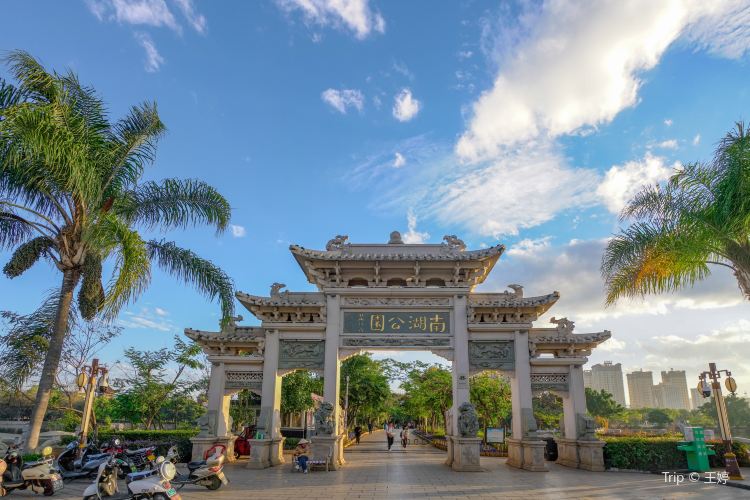 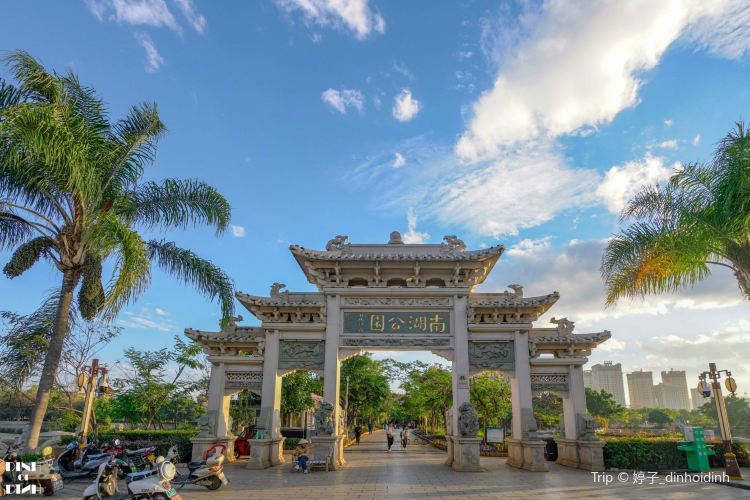 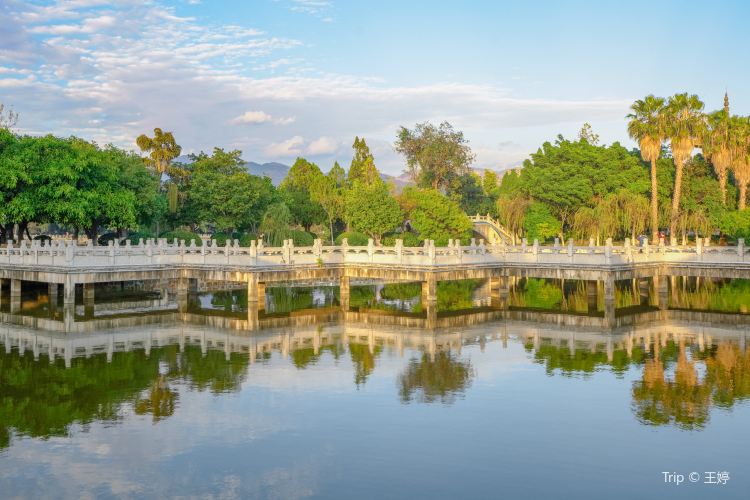 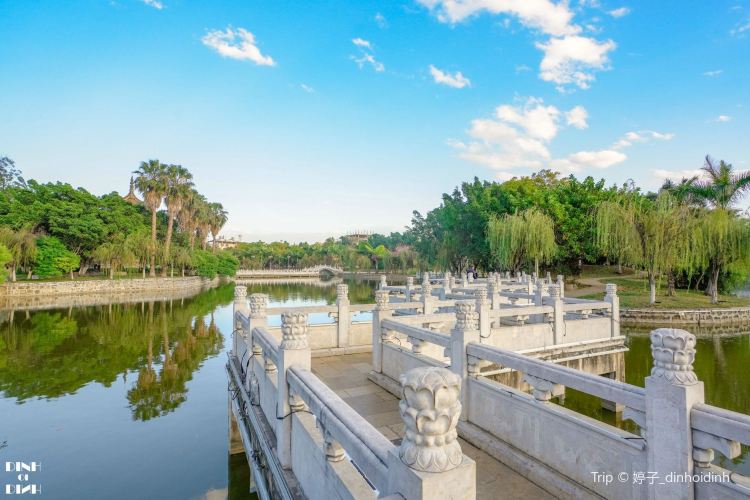 Nanhu is located to the south of Mengzi County, and was formerly known as Caohai. During the Ming Dynasty, the magistrate directed villagers to extract the mud and weeds from the lake and used them to form three hills. The hills were named after the mountains Penglai, Weizhou and Fangzhang, where the immortals are said to live. Water was brought in from four springs in the surrounding area, including Jiuji Spring and Faguo Spring, and a smaller lake was formed to accompany the larger natural one. The banks of Nanhu Lake are lined with sage, while there are a variety of flowers and trees planted in the park, which has now become known as Nanhu Park. The main structure in Nanhu Park is the magnificent Yingzhou Pavilion, which remains extremely well preserved even to this day. Because it has been the destination of scholarly poets, it has also earned the nickname "Sea of Learning." This location is also the origin of Yunnan's famous legend of the rice noodles crossing the bridge.
Show More

The Museum of Honghe