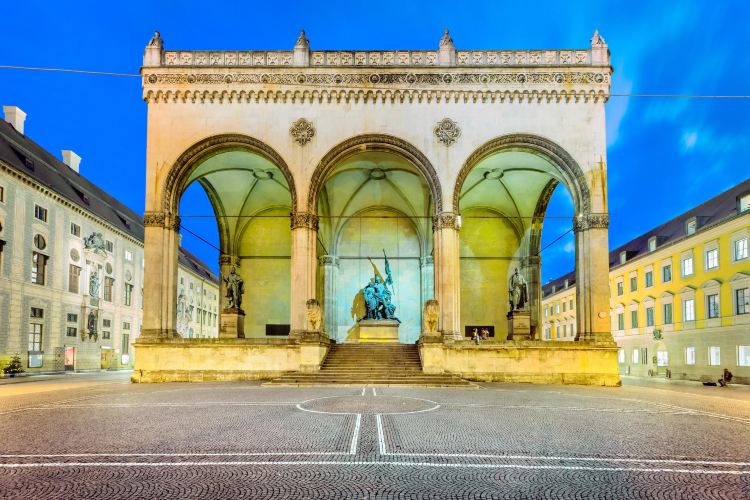 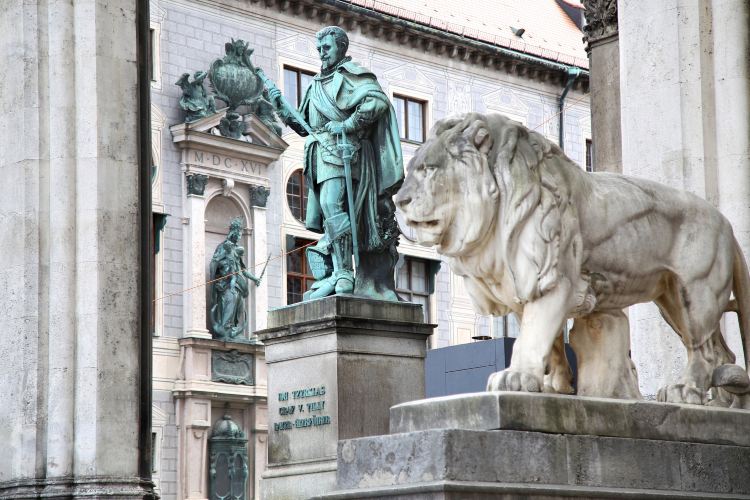 Constructed in 1844, The Feldherrnhalle, Munich, Bavaria, German, featured a large gallery, filled with statues of military leaders, at the end of the Ludwigstrasse, Munich's grandest avenue. Today, tourists visit for its historical significance in the history of Hitler's Third Reich. In 1923, Hitler organized an attempt to overthrow the Bavarian government with a crowd from a beer hall. When the mob reached the Feldherrnhalle, police opened fire, and four policemen and 8 marchers subsequently died. Nazis added their own commemorations to the monument, but the city removed them after World War II ended.
Show More