Joe Cai
New York
Empire State Building
Board the famous movie and take a look at the top of the Empire State Building to see the beautiful skyline!
The film "Beijing meets Seattle", I think there should be many people who have seen this relatively hot mainland movie a few years ago. Just looking at the movie name, I don't think how to get to New York. Wen Jiajia, who plays Tang Wei in the movie, is also a scene in the movie "Sleepless in Seattle": the male and female lords finally met on the Empire State Building and made a positive result, a touching and happy love story. So it is necessary to go to the top floor of the Empire State Building to see it.
"Beijing meets Seattle" is also a romantic love that continues the "Sleepless Night in Seattle", and the final filming is placed in the Empire State Building.
Empire State Building, there will never be so rare tourists! The floor of the observation deck is all human. The time period I chose was in the evening, before sunset. Because I want to see the sunset from there and change from day to night, the time is quite long. Good luck, I didn't have a lot of people waiting in line that day, and I got the doorway in the normal queue. I used the ticket of [city pass] directly to queue up, and the team quickly arrived at the elevator. When there are many people, often when you want to move around, you will be blocked by people who come and go. Because the location on the balcony is full of people who are watching and waiting for them to read the space they want to occupy.
I am the one who wants to take up the space. But luck is really good, I think those tourists are also very heart-felt and will not deliberately occupy a position for a long time, so you can take pictures on the side for a while.
luxuryhotelsscenicspotguide
Posted: Apr 3, 2019
Related Moments

SoHo
Dream Dragon's chocolate ice cream shop, located in soho prince st, has a big dream dragon banner at the door, which is easy to see. After entering the store, you can see the open storefront and various bling-bling decorations. It looks great.
The biggest feature of this store is to provide personalized ice cream customization. The ice cream base can be made of vanilla or chocolate. The unique Belgian chocolate dipping sauce has three options: white chocolate, dark chocolate, milk chocolate; then toppings can be Choose from 3 of the 20 kinds of ingredients, and finally add a layer of chocolate.
Toppings has a wide variety of choices: nuts, shredded coconut, Himalayan sea salt, coffee syrup, hazelnuts, rose petals... and the toppings are super high! It is especially recommended that girls add rose petals and the value of the ice cream made is high!
Address: 134 Prince St
instagramworthydestinations
unforgettableexperiences
Planet_B602 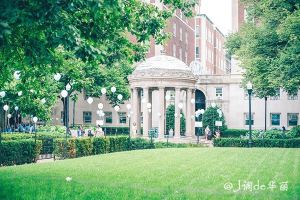 The Alma Mater sculpture in front of the school library is very famous. This is the first statue on the campus of the University of Columbia. It is the goddess of wisdom. The icy bronze statues hung on the colorful balloons suddenly became cute. These seemingly naughty but interesting little details are the most humane places on campus.

Walking in this Ivy League University with more than two hundred years of history, you can feel a quiet academic atmosphere everywhere. Walk through the red brick trails filled with balloons and regain the memories of the campus time. In June, the hydrangea blossomed vigorously, and the flowers were dyed with a gradient from blue to pink, which was as beautiful as the university. The Columbia University campus in summer is like a garden. It is beautiful when you go.
nichetravel
jiajiatravel

New York Public Library
I have been secretly conceived in my heart, heaven should be the appearance of the library, I will slowly and quietly investigate, with the hesitant cane! No matter which city I go to, I will basically go there if I have a better library. I dont want to do anything. I like to stay there. Especially the New York Public Library, which is a beautiful place that does not accept tickets and is built. When you go in, you must be a little whispered, don't bother people who read books.
newyearstravel
instagramworthydestinations
merrychristmas
decembertravel
nyedestinations
Desperado 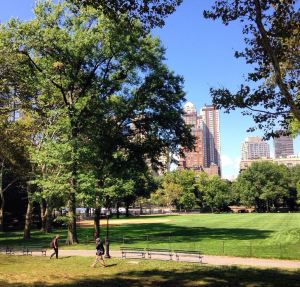 Central Park
Central Park, New York, USA, is said to be the world's most recognizable city park! As the prestigious center of this metropolis, it may be the world's most recognizable city park, a large green sea with a frame of skyscrapers and a sheltered green sea. More than 42 million people come to visit each year, but even with such a crowd, the park can still find secluded places.

This is a wild wood forest. The birds that migrated during the Spring and Autumn Period love to come here to rest. Golden Gate and New York, New Jersey's Gateway National Recreation Area were established in 1972. These new parks mark the authority's policy: no longer stick to the wilderness, and add places that are closer and more accessible to the city.

The US Secretary of the Interior once said: We must bring the natural world back to people and not let them live in everything that is covered by concrete. The Golden Gate Recreation Area does not live up to expectations and has become one of the most densely populated places in the national park system, attracting approximately 15 million people each year.

It covers the land on both sides of the San Francisco Bay, with several kilometers of coastline, towering cliffs, redwood forests and remnant old Japanese facilities, including Alcatraz Island, with 4,000 visitors a day on the ferry The island visits a deserted federal prison and wants to live in a corner window.
newyearstravel
hugo_enen 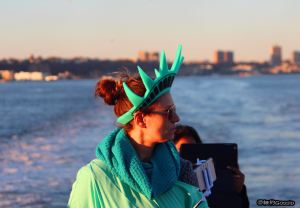 Circle Line Cruise is a New York-based cruise ship company that offers a number of cruise lines to explore New York. This time I took the Circle Mark Cruise (Circle Sightseeing Cruise New York landmark route). Look at the New York skyline from a distance, so you will like the city more.
Circle Line Sightseeing Cruises is going to board Pier 83 (Pier 83). Address: Pier 83 W 42nd St
New_York_Gossip

Central Park
Central Park is definitely one of the most beautiful parts of New York, because it is a huge oasis in a steel forest surrounded by skyscrapers. It is good enough to have such a large park on a small Manhattan island.
Some people say that the United States without New York is no longer the United States, and New York without Central Park is no longer New York. This is not unreasonable. People living in New York have a lot of pressure on steel. In a forest-like skyscraper, it is a great miracle of the city to have such a fresh, field-like natural park for people to relax after work.
Central Central Park is the most intimate place in New York. In addition to the rich variety of plants, there are also small animals that can be seen everywhere.
It is worth mentioning that as long as it is a movie or TV series in New York, it will basically be shot in Central Park, Avengers, Spider-Man, Gossip Girl, Friends, etc., so if you are a movie fan Or a fan of beauty, you can't miss this comfortable park.
Walk in the park tips: Because there are fewer attractions in the north, it is concentrated in the south, so I suggest you start from the south.
Free
Subway: Take the subway line A, B, C and get off at 72 St or 86 St or 81 St.
instagramworthydestinations
unforgettableexperiences
Planet_B602 Grand Central Terminal
New York Central Station, which was framing multiple movies.
I think that the endless flow of people at Central Station in New York is not just because he is an important transportation hub.
Because of the construction of the station itself, it is a typical Buddhism-style building. The group of imitation Greek statues at the top of the front reflects the art style of the French and New York Schools in the early 20th century. Enter the central hall, pick up a spacious space, arched dome, giving a visual impact. The interior marble decoration and the fine American sculpture are shocking. The tall arched glass windows are also covered with exquisite sculptures, and the dome is a beautiful picture.
The film "Madagascar", there is a zebra wanting to buy a train to Florida, very smoothly came to the Central Station, is watching the train information, but the last class is gone. Of course, by the way, taking a train from New York to Florida... Its really very, very far and it takes too long. Later, Zebra's friends all ran to bring him back, so a series of accidents occurred at the central station.
Although it is an animated cartoon, the scene layout using the central station is very realistic. The entire station hall, the information desk in the middle of the hall and the above clocks are all typical pictures. So I also took a few photos. The entire station is more than the passengers who actually take the train. Others, the Avengers, X-Men, etc. are all here.
luxuryhotels
totdspringtravel
Joe Cai 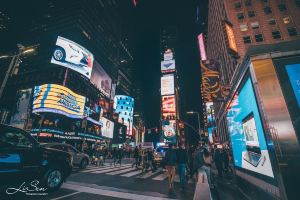 Times Square
Perhaps this is the most fascinating place in New York. Perhaps it is the place where New York attracts the most tourists. Perhaps it is the most photographed place in New York every year. Friends who like American dramas and American movies must not forget the brightly lit streets, surrounded by huge screens that are constantly shining. It is the "crossroads of the world", the most prosperous neighborhood in New York, how many goods, advertisements, posters are in These big screens are competing to stage.

The early Times Square is a horror block that combines all kinds of dark elements such as pornography and violence. It was rectified in the mid-1990s. It used a lot of neon lights and advertising screens as propaganda to promote this generation. Commercial activities have gradually developed into today's Times Square, becoming a symbol of the prosperity of Manhattan, and it has become a picture that everyone will inevitably think of in New York. Times Square is now the venue for major events in New York City, Thanksgiving Day Parade, New Year's Eve and other major festivals. It is also a gathering of endless people.

New Year's Day This New Year's Eve is the most grand moment in Times Square, but you must be prepared for a few hours without going to the toilet.
newyearstravel
instagramworthydestinations
decembertravel
nyedestinations
Sen LI Photography 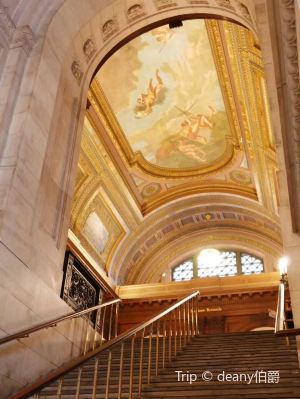 New York Public Library
In the movie "The Day After", people use the library as a refuge, and they have to burn precious books for heating. In fact, the New York Public Library will not suffer from this misfortune. ~
This marble structure and elegant atmosphere was completed in 1911. The two large lions at the entrance are very eye-catching. There are many famous writers' manuscripts and ancient books in the museum. Some reading rooms are not accessible to visitors, and the spacious large reading room is open to everyone. Come here to participate in a free guided tour in the museum, or to have a temporary access permit with your passport. There is an introductory video in the media room that gives a more general understanding of the library.
deany