The current Tianshou Pavilion is actually rebuilt. In addition to the cherry blossom gates made of megaliths in Osaka City, the rest were destroyed by the fire, but the Tianshou Pavilion after the original reconstruction of the original wind still makes people Feel the strong architectural style of Toyotomi Hideyoshi in Japan. The castle tower is located at the commanding heights of Osaka. The top of the pavilion overlooks the entire Osaka Castle. Its high position also indicates the status of the city.

Fengguo Shrine, Toyotomi Hideyoshi unified Japan in the 16th century and is also a very famous figure in Japanese history. When we went to the shrine, it was very quiet. I heard that sometimes I met a Japanese couple who had a wedding ceremony here.
instagramworthydestinations
Posted: Dec 15, 2018
Related Moments 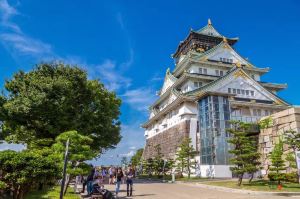 Osaka Castle
When I came to Osaka, I felt that I should visit Osaka Castle. My mentality may be like visiting a foreign tourist. I want to see the Forbidden City. It feels like an important landmark of a city and has a very important culture. significance. The beautiful gardens and pavilions and pavilions outside the city, where the flowers and flowers are beautiful, are refreshing. The cherry blossom gate made of megaliths in the city is the only remaining remains. The main building in the city is a splendid castle tower, and its magnificent momentum infects visitors. On the eighth floor of the highest floor, you can see the city of Osaka. Osaka Castle is undoubtedly the most famous landmark in Osaka.
instagramworthydestinations
smelltheroses
unforgettableexperiences
springholiday
Traveler_Jiyi 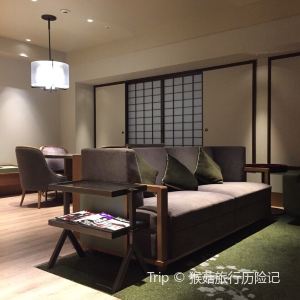 In the first ten days of coming to Japan, I booked the Marriott Hotel online. The check-in date is just the first day to come to Japan. After arriving at the hotel, I will open the door to see this big floor-to-ceiling window. Everything is too pleasant! ~
Marriott Hotel is really the most worthwhile hotel in Osaka
as an international Marriott hotel, the service is very good, when you enter the hotel, someone will lead for check in, then help get luggage into the room, the English level at the front desk Relatively high, communication is relatively smooth, we must know that most Japanese people are very difficult to understand English. (One night we stayed in a more general hotel, communicating with the staff is simply a chicken and duck)

The hotel is located in the city center near the Iron Department Store, jr Tennoji Station, the traffic is super convenient, close to the Kintetsu Department Store, the basic counter brands are all available, it can be said that eating and shopping are very convenient

as the largest building in Osaka The view of the landscape must be quite good! This time I booked the Supreme Corner Room. The 270-degree room is full of floor-to-ceiling windows, which provide a panoramic view of Osaka's day and night!

Hotel room price range is 2000 ~ 3000, when we go to the peak season, the order is the supreme corner room is 3000rmb
merrychristmas
decembertravel
nyedestinations
hugo_enen

Osaka
When I got off the plane, I went to the counter to get the transportation card card, and I immediately went to the city with the iron trainer, which is especially convenient! !
Figure 2 The black door market is really a lot of food, it is a bit too much to eat haha, after all, booked the puffer fish dishes of Xuan Pin! The puffer fish that eats the fried carbon-roasted sushi hot pot is just awesome! The most amazing thing, I heard a female voice next door talking English, I shouted without a brain: Jinghua?~, one of the two idiots opened the compartment door hahahaha, so I caught a small wind, my heart is arrogant, this can also be met, or eat next door, may be Osaka Too small, I later asked her to order a puffer fish meal set just like me.
Its not easy to eat all the time (too much weight), they went to play their Ferris wheel, we went to Kobes cruise ship and went around the sea to eat the legendary Kobe beef hahaha. I didnt know whether it was true or not before eating in China. Its right to eat Kobe beef in Kobe. Haha.
Finally, I am sent to a sunset, I cant see the black in the backlight.
instagramworthydestinations
YAO SHUN 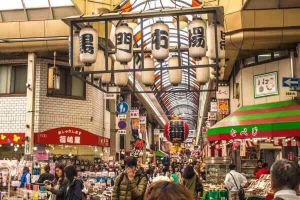 Kuromon Market
Osaka, the second largest city in Japan, is known as the Japanese Kitchen, and Osakas Black Gate Market is like an open-plan, ultra-large kitchen that displays enticing Osaka cuisine to visitors from all over the world.
Before the end of the Meiji period, the Black Gate market was once known as the "Yuanming Temple Market". Because there was a large temple called Yuanming Temple nearby, it was named after it. The black gate on the northeast side of the temple was especially famous at that time, and the "Yuanming Temple Market" gradually became the "Black Gate Market".
In this nearly 600-meter-long market, there are a total of 170 stores, mainly dealing with fresh and high-quality meat, eggs and vegetables, fruits and vegetables, and fresh seafood. The things you buy here can be eaten now, the quality is absolutely fresh, if you have a chance, you can also see the auction of tuna. A good friend, in addition to Dotonbori in Osaka, the Black Gate Market is definitely a place to gather food.
newyearstravel
Miss Cat 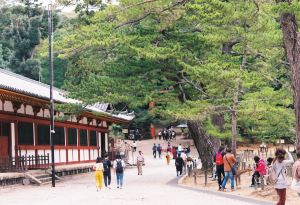 ###trip#
has been to Japan three times, Japan from the first excitement to excitement, then to the familiar venue to revisit the place, there is always no reason to travel, a word to go, I bought a ticket and broke through all the difficulties. On a sunny day and on a rainy day, I have left a lot of pictures worth remembering, and such a variety of scenery is worth your patronage!
Where to go shopping in Japan, boys bring good girlfriends, girls hold wallets, this is a place where it is easy to lose money in a wallet. Every store has a rich shop culture at the door, and there are also auspicious dolls hanging. special.
instagramworthydestinations
Steven 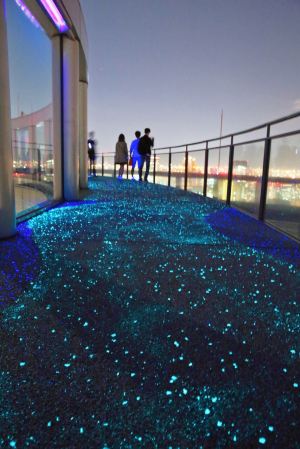 Umeda Sky Building
The top of the Umeda Sky Building is connected by a circular sky garden observatory and is one of the few 360-degree open roof observatories in Japan. It is not only a popular spot for one of Japan's sunsets, but also a great place to enjoy the bustling night scenes of Osaka. There are a lot of special seats for the lovers in the Observatory. There is also a sky garden in the sky, which is dedicated to the love of the gods. The outdoor pavilion of the fluorescent stone, the blue and green light in the evening, like a small galaxy, like a dream Like a fantasy, the whole courtyard is enveloped in a romantic and mysterious atmosphere, not only popular with travelers, but also a popular dating place for lovers.
newyearstravel
nyedestinations
christmastrip
carina 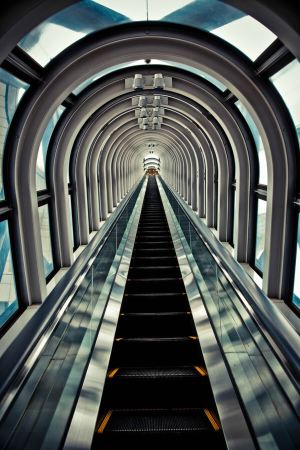 Umeda Sky Building
Umeda Sky Building Aerial Garden Observatory [Japanese: Umeda Sky Court Lookout] The Umeda Sky Building, built on the ground floor of the 40th floor and underground, is a representative landmark building in Osaka. An oval observatory is built on the top and the roof, and a 360-degree panoramic view can be enjoyed at a height of 173 meters above the ground. You can look forward to the Osaka City streets and the Akashi Kaikyo Bridge in Osaka Castle, Osaka Plain, Ikomayama, and Osaka Bay. The night view is romantic. Elevator connected to the observatory is made of transparent glass material
romance
Guo’s_TravelNote 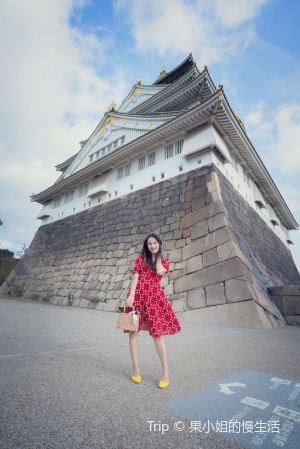 Sumiyoshi Grand Shrine
I liked the photos of Japanese magazines. It was very warm and comfortable, so I made the Japanese photos in Japanese.
Share a few carefully
clothes in red, yellow and white and other warm colors, the photo will have brightness, the body color to avoid more than three.
straw hat and woven bag as decoration
closed eyes, do not look at the lens, the photo has a feeling of snapping
color filter sharing:
filter generally with AV4 and AV8, steps: exposure "White Balance > Skin Color" plus filter > then pick other parameters according to personal preferences.
Add some Japanese fonts, use the butter camera app, step: Select the model version of the Japanese photo.
Camera: Lycra
instagramworthydestinations
scenicspotguide
Guo’s_TravelNote 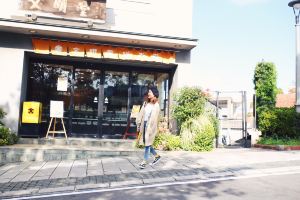 Osaka
Osaka's consumption level is generally slightly higher than domestic first-tier cities such as Beijing and Shanghai, but lower than Tokyo.
Dining: Osaka's dining options are very rich, from cheap roadside snacks to exquisite restaurant cuisine. Generally, a meal is about 80-100 yuan per person. Snacks are more economical. A classic taste of octopus balls is in 40 yuan or so.
Accommodation: The cost of accommodation in Japan is generally high, and the cost of the popular central area double room ranges from 1,200 yuan to 2,000 yuan per room. The price of hotels in front of Universal Studios is 1,500 yuan on weekdays. / more than above. Osaka local accommodation
springholiday
Steven 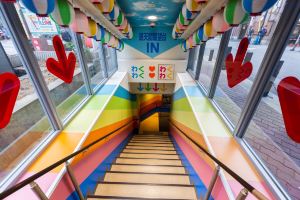 Tsutenkaku
Before I went, my friend told me that there is nothing worth going to in Osakas Tsutenkaku, but as an iconic building in Osaka, I really couldnt hold back the heart. After I went there, I felt that it was quite worthwhile to go!
There are quite a few people waiting in line to wait for the elevator. When waiting for the elevator, there will be a paper version of the paper that you can read. This must be taken! Because the hard card inside can be used to form the model of the body version of Tongtiange, it is not bad to keep it as a commemoration. After I went home, I worked hard for a long time to fight well, very delicate! There are two different viewing platforms on the
Tongtian Pavilion. The first ordinary viewing platform is made of glass on all sides. The second type is a special viewing platform. It is necessary to go up the stairs from the ordinary viewing platform. You have to pay an extra 500 yen to get up. There are different points on the
viewing platform, which can be stamped at these points. These seals are quite Japanese, but because I don't have any paper, I have to cover the introduction downstairs. It is a pity. It is recommended that you can get the bill and what to seal.
Although the area overlooking is not very stunning, I like to overlook the shopping street below, and the various decorations are very cute.
Adult ticket 600 yen/child ticket 300 RMB
09
instagramworthydestinations
unforgettableexperiences
Planet_B602 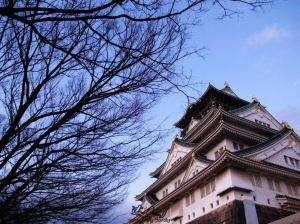 Coronavirus Travel Restrictions in Japan and Attractions Closure (Updated 2020 March)  |  Dontonbori Osaka: One Day Guide  |  Summer Vacation Ideas in Japan: Fireworks Festival  |  Tokyo to Osaka: How to Travel Cheap and Fast?  |  Visit Osaka with Taiga Drama "Sanada Maru"  |  Stroll Around and Eat at The Local Market  |  The Best Cherry Blossom Spots  |  A Bright Color in Winter   |  A Guide to the Best Aquariums in Japan  |  Disney, Universal Studios, Fuji-Q…… There will Definitely be an Amusement Park that You Love Most  |  List of Asia’s Top Theme Parks  |  9 Local Delicacies Worth Tasting in Osaka  |  Namba Guide: What to See and Do  |  TOP 7 Most Distinctive Japanese Festivals, You've Earned if You Know about Them  |  7 Best Asian Street Foods and Where to Get Them  |  Sushi, Ramen, Michelin...If You Want to Learn About Japanese Must-Try Food then Read This  |  How Can You Take Advantage of Off-Peak Seasons? Low Prices and High Value!   |  Which is The Best Shopping Male in Osaka  |  The Cute Takoyaki, the Soul Food of Osaka, Wouldn’t You Like One?  |  Top 10 Most Popular Hotels in Osaka  |  Special Aquarium Must Go in Summer  |  15 Fun Things To Do in Osaka  |  A Visit to Shinsekai: Explore the "New World" of Osaka  |  Top 10 Fun Things to do in Dotonbori Osaka  |  Osaka Guide: Universal Studios Japan  |  Enjoy Awesome Rides in Universal Studios Japan  |   A Most-toured Historic Site in Japan