Brandenburg Gate is located in the centre of Berlin, the capital of Germany. It was originally a gate of the Berlin Wall and was named for its access to Bretenburg. The preserved Brandenburg Gate is a classical revival building. It was built between 1788 and 1791 by King Frederick William II of Prussia to commemorate Prussia's victory in the Seven Years'War. The Chinese name of Brandenburger Gate is German: Brandenburger Tor, English: Brandenburg Gate Geographical Location, Berlin Climate Type, Temperate Marine Climate, Germany. Berlin, a German city with free ticket prices from 9:30 to 18:00, suggests that the best season for three hours is May-October. 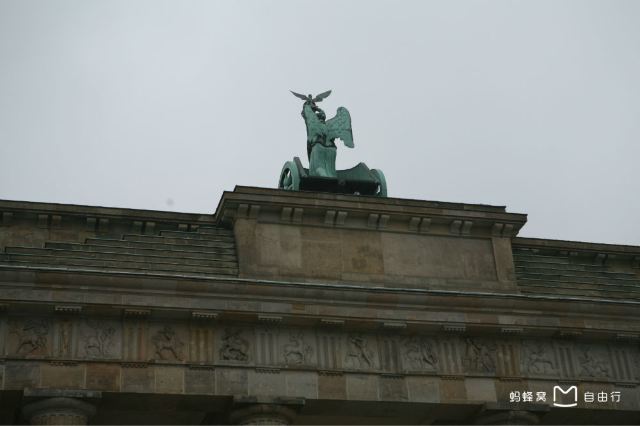 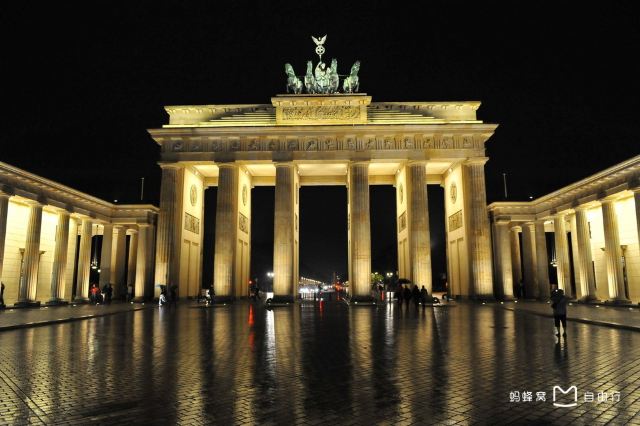 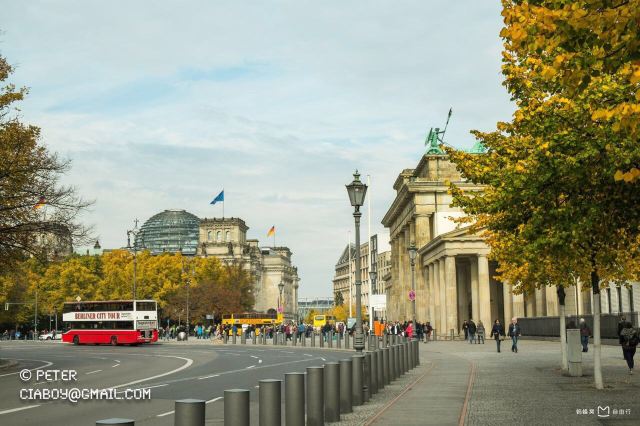 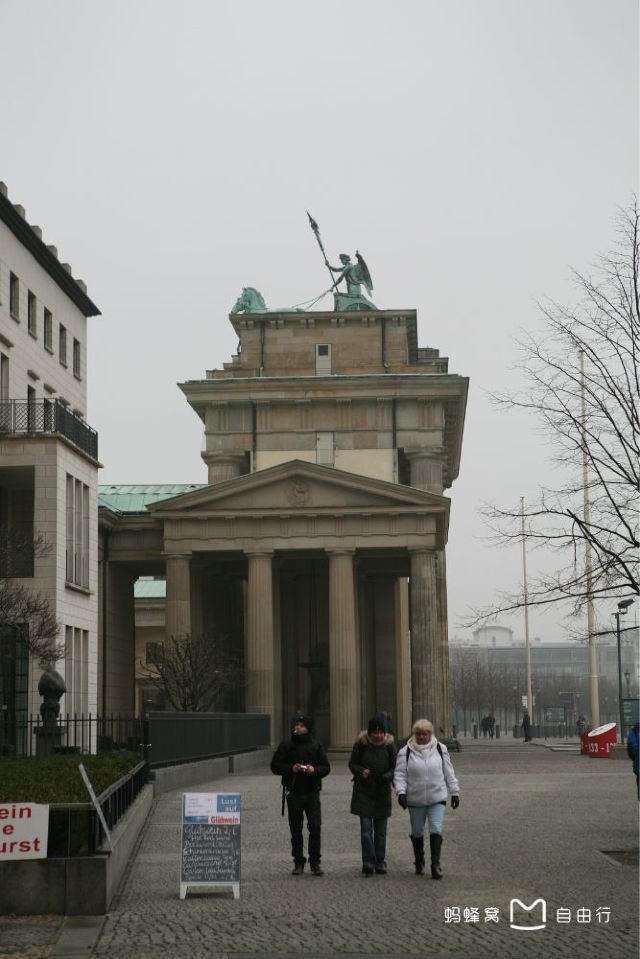 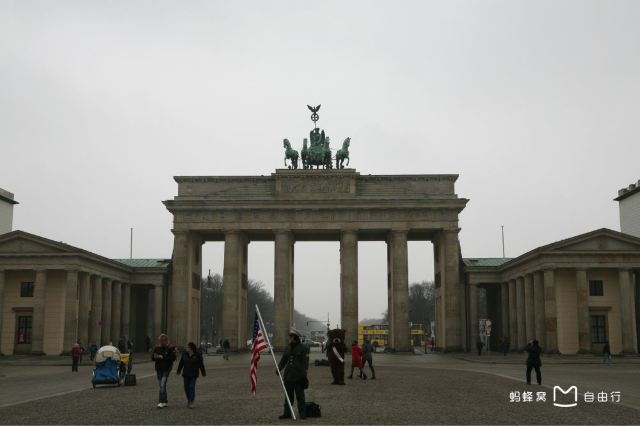 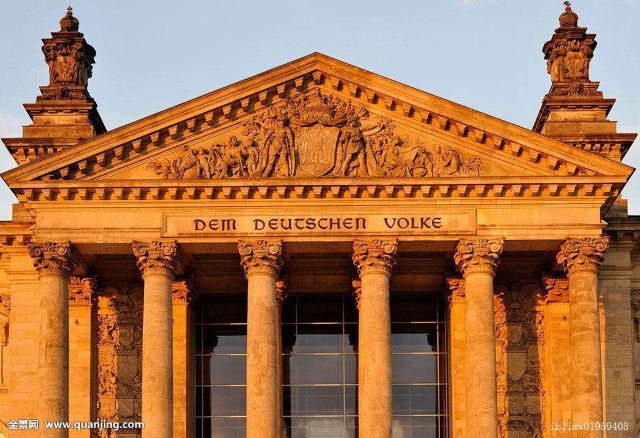 蔡芷涵
蔡芷涵
5/5
Reviewed on Oct 7, 2016
260
5/5
Brandenburg Gate is a neoclassical sandstone building, designed by Longhans, which imitates the style of the colonnade of the Acropolis in Athens, Greece. The Brandenburg Gate is 26 metres high, 65.5 metres wide and 11 metres deep. It is supported by 12 Dorick pillars 15 metres high and 1.75 metres in diameter at the bottom. There are six Ioni pillars carved on both sides. The front and rear pillars are walls, which divide the gate building into five gates. The middle passageway is a little wide. It was designed for members of the royal family until William II 1918, the last emperor of the German Empire. Before the abdication of the throne in 1989, only members of the royal family and guests invited by the king were allowed to enter and exit through the middle passage of the Brandenburg Gate. The inner wall of the gate depicts in relief the greatest heroes in Roman mythology, Hercules, Mars, and Minova, the goddess of wisdom, artists and craftsmen. At the top of the Brandenburg Gate is a bronze sculpture of the goddess of victory (Nicholas in Greek mythology, Victoria in Roman mythology). The goddess opens her wings and drives a four-horse two-wheeled chariot facing the eastern city of Berlin. She holds a scepter with an oak wreath in her right hand and an iron cross in the wreath. On the wreath stands a winged eagle. Eagles, Eagles wear Prussian crowns. The sculpture symbolizes the victory of war and is the work of Prussian sculptor Shadow.
远行-遇见你
远行-遇见你
5/5
Reviewed on Jul 13, 2017
2
5/5
The Brandenburg Gate, located in the center of the city, was built between 1788 and 1791 to commemorate Prussia's victory in the Seven-Year War. At the top of the door is a goddess of victory about 5 meters high, driving a four-horse two-wheeled chariot to the east of Berlin City, with a crown with an oak wreath in his right hand, an iron cross in the wreath, a winged eagle on the wreath, and a Prussian crown on the eagle. Brandenburger Tor, designed by C.G. Langhans, is a world-famous landmark building in Berlin, located in the center of Berlin, near Pariser Platz. With the construction of the Berlin Wall in 1961, the Brandenburg Gate remained an impassable gate for the next 28 years. As the symbol and symbol of Germany's reunification, it embodies the contemporary and history of the city. The front and rear of Brandenburg Gate are supported by six Dorick columns, and the passage is only open to pedestrians. The famous statue of the goddess Quadriga was laid on the city gate in 1794, showing the heroic attitude of the victorious Victorian goddess driving a four-horse two-wheeled chariot.
_GG***82
_GG***82
5/5
Reviewed on Jan 7, 2020
0
5/5
Nice stroll after a great meal near Mall of Berlin! There's plenty of great structure and places of interest along the way. Take time by walking down from the mall. (:
自由飞翔的老鹰
自由飞翔的老鹰
5/5
Reviewed on Feb 23, 2018
2
5/5
Brandenburg Gate is located in the centre of Berlin, the capital of Germany. It was originally a gate of the Berlin Wall and was named for its access to Bretenburg. The preserved Bretenburg Gate is a classical revival building, built by King Frederick William II of Prussia between 1788 and 1791 to commemorate Prussia's victory in the Seven-Year War.
Show More