Two passes through Notre Dame Church in Dresden, but unfortunately no visit was made. The church was destroyed by Allied forces in World War II and rebuilt after World War II. The black bricks in the new church are the bricks of the original Church - a city of rebirth of Nirvana, a respectable Dresden! Someone in front of the church was performing bubble performances with ropes. It happened that a picture was captured. 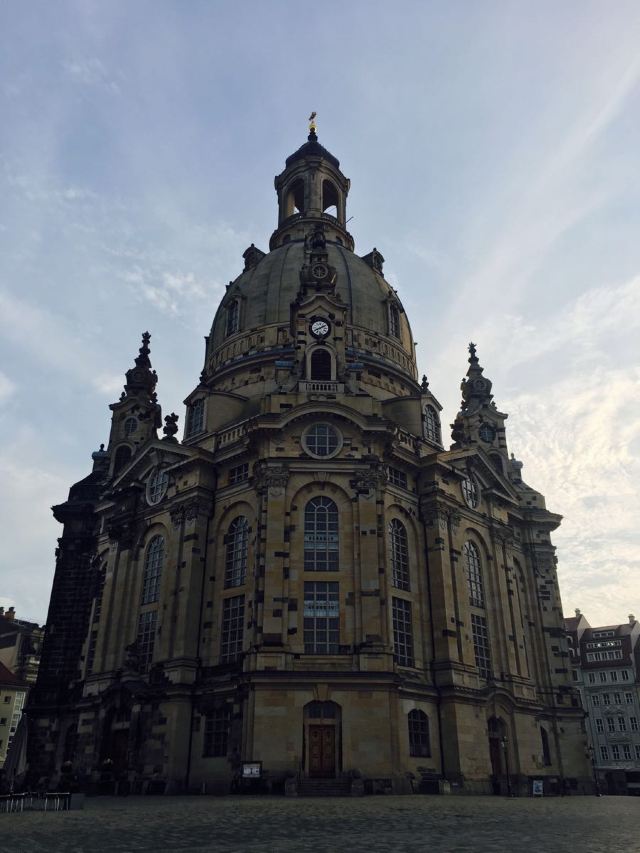 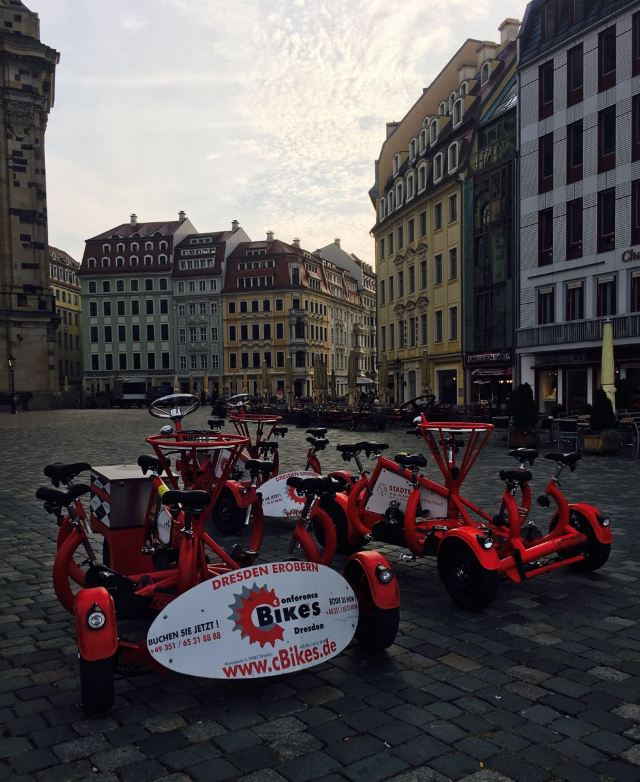 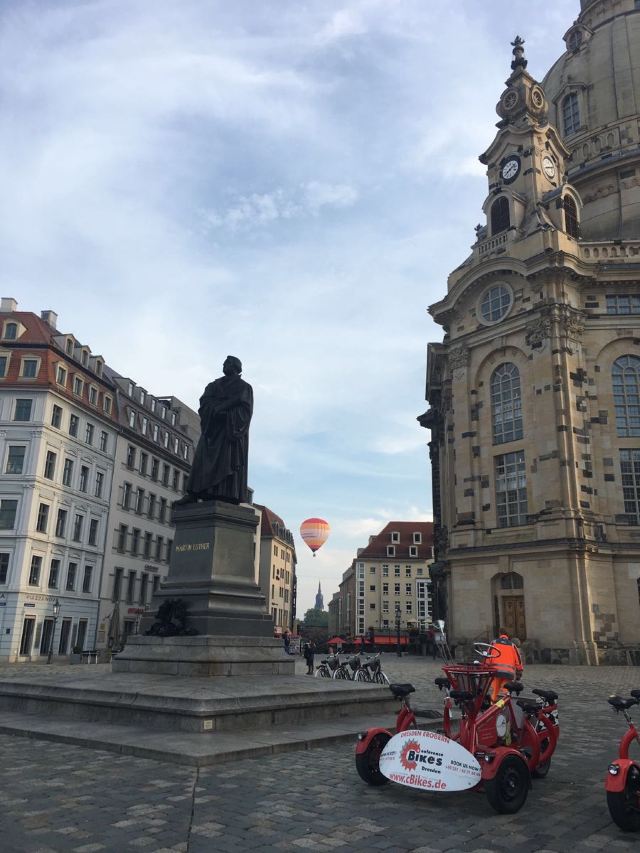 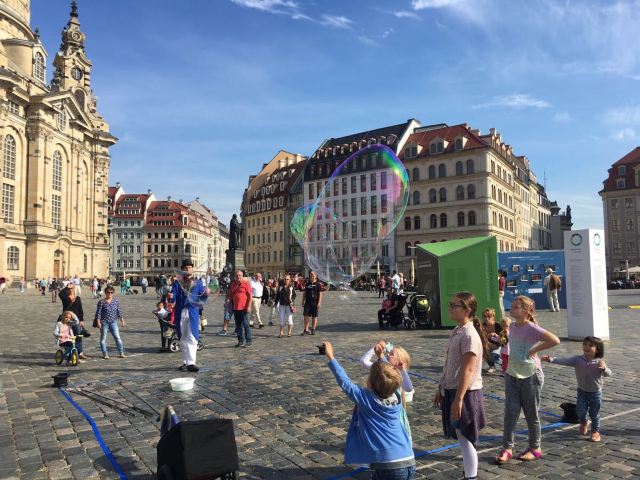 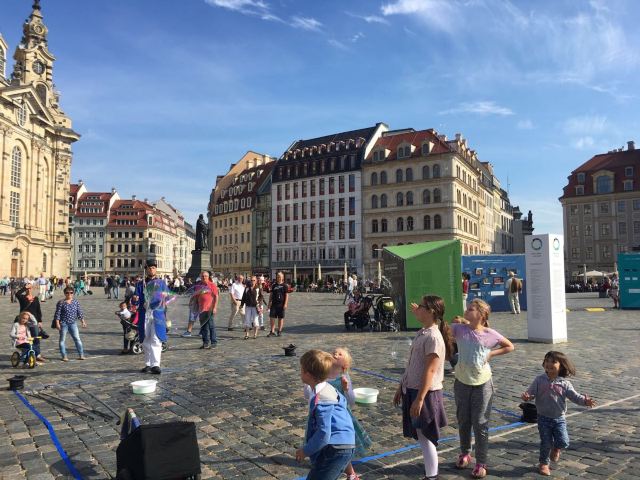 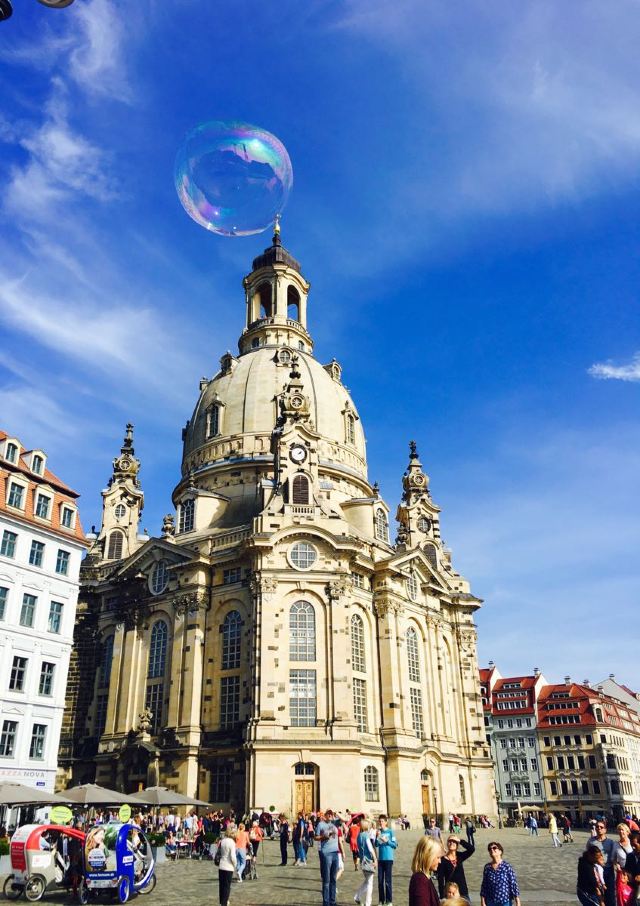 薄雾如纱
薄雾如纱
5/5
Reviewed on Aug 25, 2017
2
5/5
At the intersection of Dresden's new market, the town's iconic building, Notre Dame Cathedral, stands. Built in 1726, it is exquisite and magnificent, with circular vaults, concave towers and a cross standing on the top of the church. It is 95 meters high, so that the people of the town are bathed in the light of the Virgin Mary. In 1745, the British and French allies attacked Dresden by air. Notre Dame Cathedral was destroyed. In 1994, the reunification of Germany began to be rebuilt. After 11 years, it was completed in 2005. The rebuilt churches are basically built as they are. The remnants are left in front of the newly built churches. 43 [%] The building materials come from the original ruins. The outer walls are irregularly embedded with black stones, forming a unique sense of vicissitudes and sadness. The interior is mainly pink Baroque style, the most beautiful of which is John & 183; Christian & 183; Figge's altar, with white marble as the base, with golden sculpture, showing luxurious and gorgeous beauty. If Notre Dame Cathedral is the most beautiful work of art, the altar is the essence of it.
珊珊Z
珊珊Z
5/5
Reviewed on Nov 1, 2017
2
5/5
The Notre Dame Cathedral of King Bai Chengwang, the black part is the part left over from burning down, and the light yellow part should be the filling part after rebuilding. After decades of reconstruction, the old buildings have been slowly restored with a sense of vicissitudes.
juki235
juki235
5/5
Reviewed on Apr 3, 2017
2
5/5
Notre Dame Cathedral looks very simple outside without too many statues and other decorations, the whole is mainly white, as Dresden's symbolic building, it is so elegant and noble. The interior color of Notre Dame Church is mainly pink, pink and green, pink and blue, which is different from the heavy dark of traditional European churches. It will definitely refresh your ears.
Crystal2650
Crystal2650
5/5
Reviewed on Feb 3, 2018
2
5/5
The Cathedral of Notre Dame in Dresden is a Lutheran church. It was built in 1726. It is a famous work of Baroque architecture and a symbol of Dresden's city. Until the end of World War II, it was the most magnificent Protestant Church in Germany.
Show More