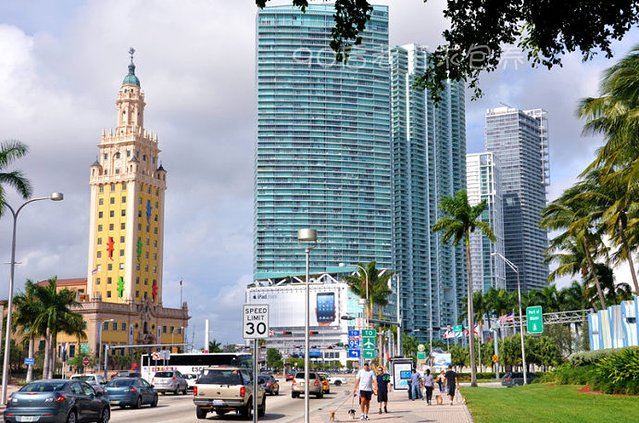 Burberry_is_King
Burberry_is_King
5/5
Reviewed on Oct 3, 2017
2
5/5
The Freedom Tower is much smaller than I expected, less than what I imagined, and it looks attractive. I thought it would be a big landmark. It's just across from the American Airlines Center. It's red in the evening, and it looks a little scary...
乐天的静
乐天的静
5/5
Reviewed on Jun 23, 2018
0
5/5
Apart from those who have only come because of their love for this historic building, you may feel that the journey is too short to be a scenic spot that portrays the local history in a rich and colorful way. It was built almost as a cheap short-term exhibition and then forgotten. The area with art exhibitions has only recently been renovated, but it is a small area. The area around the tower is not very safe. I recommend not parking on the street, preferably in a paid parking space, so you will have a sense of security that your car will not be damaged.
New_York_Gossip
New_York_Gossip
4/5
Reviewed on Jan 6, 2017
2
4/5
Freedom Tower is very conspicuous. It is said that when Cuban refugees came to the United States, they would wait here for immigration procedures to be completed or something. In short, this place is very important for Cuban immigrants. If you're not satisfied with just looking out at the tower, there's an exhibition that tells the history of the Cuban asylum seekers. Now the Freedom Tower is part of the campus of Miami Dade College, where there are many art exhibitions.
chinadesk1
chinadesk1
4/5
Reviewed on Jun 9, 2016
2
4/5
Miami's BAYSIDE Tower of Freedom is prominent. The towers are high, especially with the American Star-Spangle Flag and the Cuban National Flag flying on both sides. Relations between the two countries are normalizing and the Tower of Freedom attracts tourists'attention. The Freedom Tower was built in 1925 and listed as a national historical landmark of the United States. The Freedom Tower was once the headquarters of Miami News and served as an office and refuge for Cuban immigrants from 1962 to 1974. Now the Miami Freedom Tower serves as a monument to Cuban-American immigrants, recording the footprints of Cuban immigrants.
Show More