Reviews about State Library of Victoria

My trip to Australia during the Spring Festival of 2016 did not amaze me most about the ancient mystery of Ayers in the Central Plains. It was not the work of twelve disciples on Ocean Road, but the Victorian State Library in Melbourne. I think I'm a learning child, so I'd like to spend a whole day in this library and tease my colleagues that if there was a library like this in the city where I live, I would have been admitted to Harvard! (Although there are no libraries like this, I also got into Columbia University. Haha is so smelly.) Sandalwood desks and chairs on the second floor of the library lending area look classical. I have been to many universities in different countries and cities, where the libraries also have their own characteristics. The Library of Lund University in Sweden, Copenhagen, the library of London politics and economics, has never been. The Library of such a city is so attractive. Every detail of the library, which was built in 1856, is arranged with vivid and soft lights. People unconsciously breathe and forget the noise. The library is situated in the busiest central area of Melbourne. The government invests a lot of manpower, material and financial resources every year to maintain the ancient library knowledge and technology. It is a change. The country or the most powerful weapon of an era Australia, as a country of immigrants, can rapidly develop into one of the most developed countries in the world in a short period of time. This country's devotion to science, technology and culture is inseparable. I envy the people here because I can't find such a place in Beijing to calm everyone down in this impetuous society. Reading a green desk lamp is like a beacon of culture. How happy it is to be able to read in such an environment. 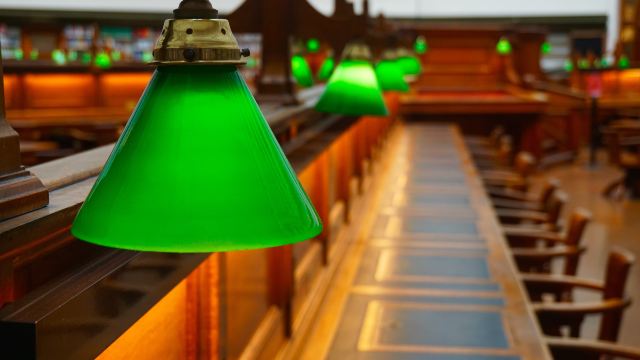 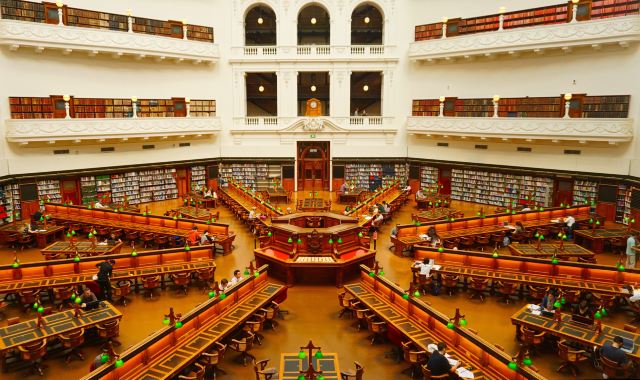 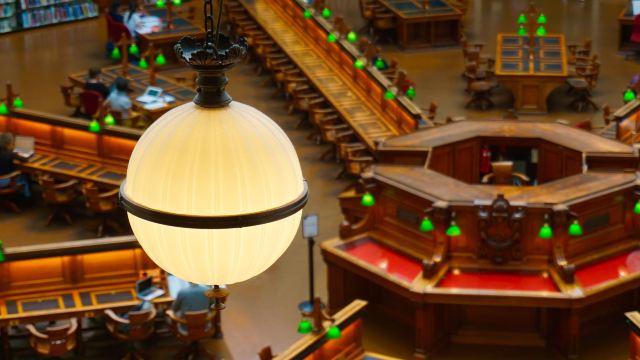 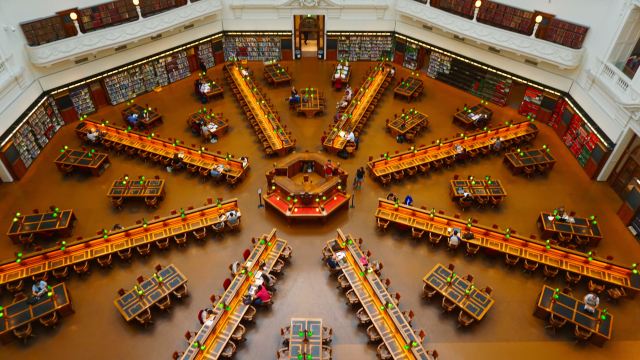 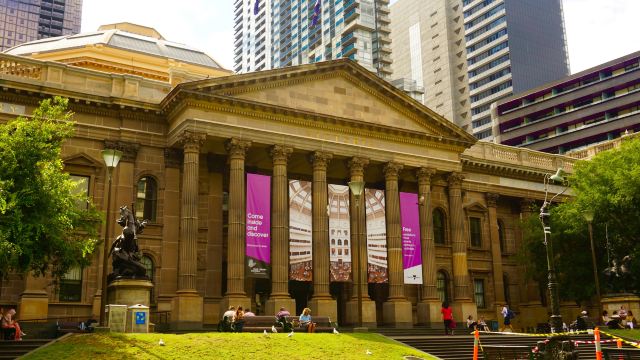 E54****976
E54****976
5/5
Reviewed on Nov 17, 2019
0
5/5
One of the largest library in the world. Magnificent architecture for this amazing place. A place where in every square meter you can appreciate what incredible thing is the culture, the art, the literature. Very interesting the sections around the dome with several topics related to Melbourne and Australia. And finally the balcony at level 6 where you can have a wonderful view of the dome. Definitively a must go during your stay in Melbourne.
vivian婷婷
vivian婷婷
5/5
Reviewed on Mar 25, 2018
2
5/5
The Victoria National Library, located in Melbourne, Australia, is the oldest public library in Australia and one of the largest libraries in the world. Its location is quite good. Just opposite the Melbourne Center, next to the Royal Polytechnic University, the library completely retains the style of classical English architecture. The most famous one is that it is famous for its built in 1913. The world's big dome reading room, looking up at the dome, it will give you a very deep sense of exploration. Apart from the normal registration process for borrowing books, everything else here is free to watch, including the illustrations, sculptures and antiquities that are stored in it can be visited free of charge. Walking into the library, I immediately felt a strong sense of history. This library is simply a museum of history. There are many famous paintings and collections on the first floor. If you have time to stay in it, or you can read English books, it is very suitable to soak for a whole day. In fact, I just want to take a picture overlooking the whole library from the top.
秋趣
秋趣
5/5
Reviewed on Sep 3, 2017
2
5/5
This is Australia's oldest library, built in 1913. Its architectural structure is really enjoyable. The front door of the library is a staircase entrance, which is very elegant. There are several lawns below. There are people who enjoy leisure on the ground. Of course, most of the young people are full of vitality. Entering the front door is a few-way structure, the environment is very good, the conditions are good, there is a desk inside the computer. The most amazing thing is the radial reading-room at the top of the last entrance. It's so beautiful. Of course, as a visitor, like many tourists, I took the elevator quietly, came to the top floor, enjoyed the cultural palace, and looked at the scholars who had studied hard, in such an atmosphere, the mood was extremely pleasant. Travel to Melbourne can be a tourist attraction.
渝泾先生
渝泾先生
5/5
Reviewed on Jun 26, 2017
2
5/5
Free oh, no need to brush any access card, you go to find a quiet corner to read, nor like the domestic middle-aged women with a feather duster and a straight face to question you. There are not many people and many books in the library. It happens that there are two exhibitions, one is Radio History Exhibition, which includes radio, television and modern digital products we have seen since childhood, and the other is Victoria History Exhibition, which is interesting and easy to understand the state's development process. If the time is not very tight, it is worth savoring.
Show More