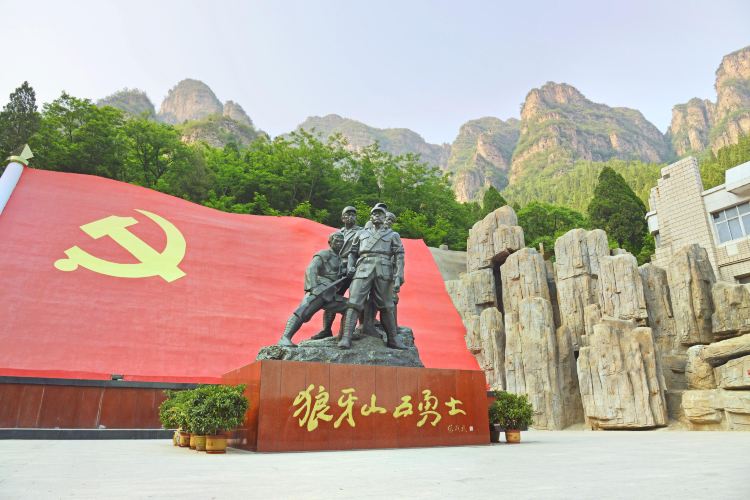 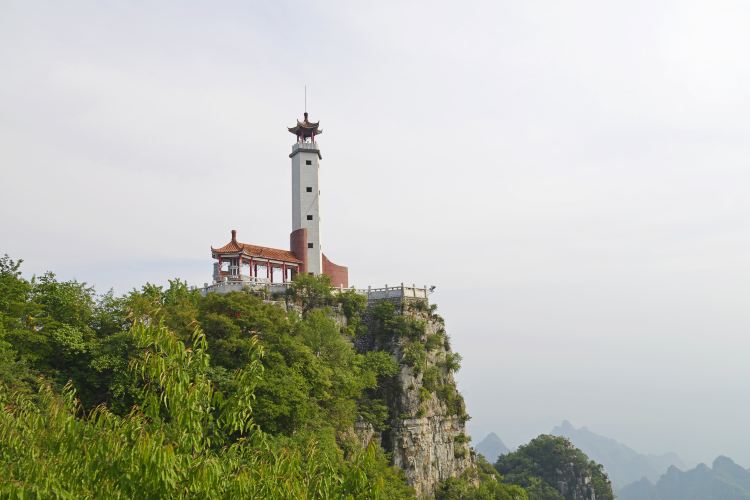 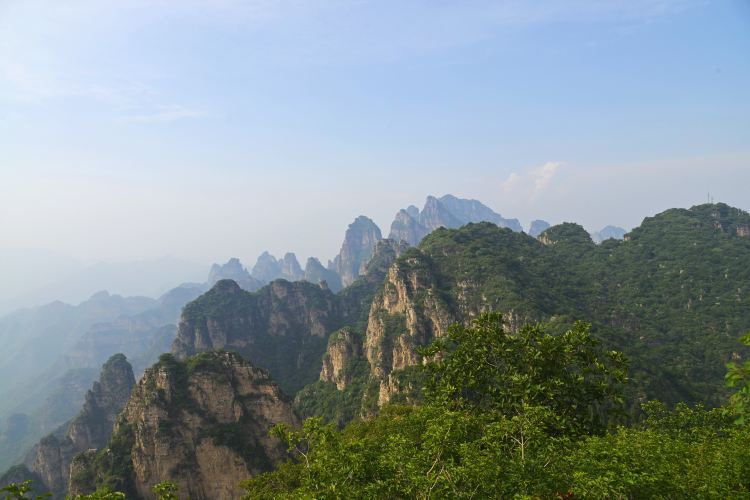 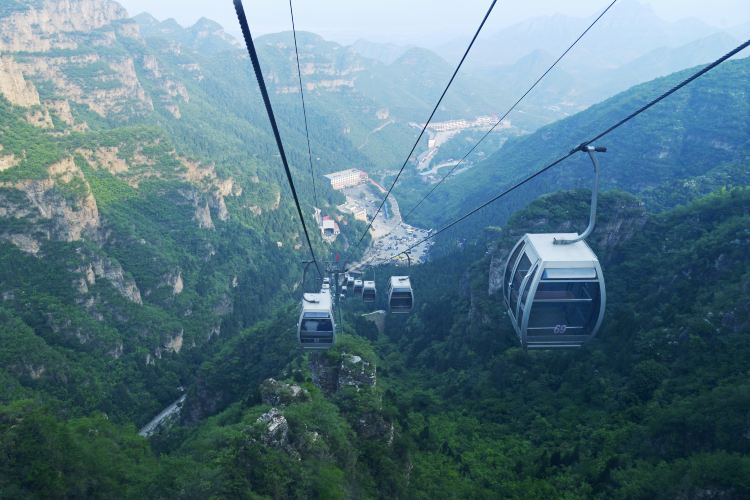 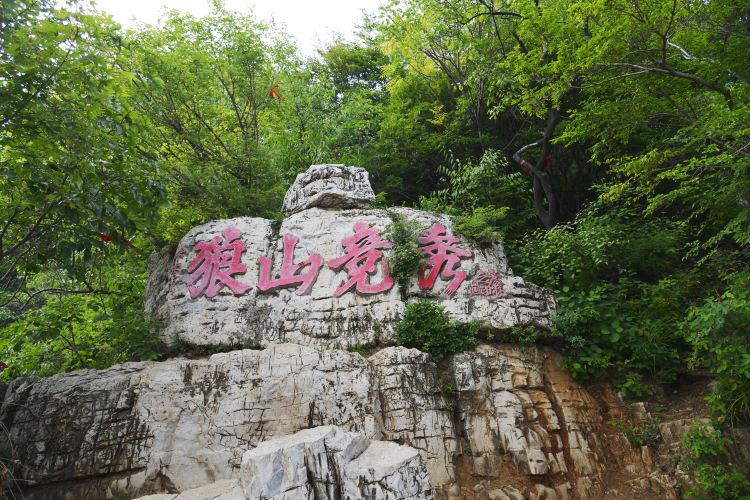 Langya Mountain, located at the eastern foot of Taihang Mountain in the west of Yixian County, Baoding City, Hebei Province, belongs to the Taihang Mountains. It is 36 kilometers away from the county seat. It is named for its strange peaks, steep, steep, and like wolf teeth. Langya Mountain was called Langshan in ancient times. Located at the eastern foot of Taihang Mountain, it consists of 5 Tuo 36 peaks. The landform of Langya Mountain is complex, most of the peaks are 500-800 meters above sea level. The main attractions include Lotus Peak, Qipan Tuo, Shiqipan, Cangu Temple, Laojun Hall, Warrior Exhibition Hall and Warrior Memorial Tower. Langya Mountain, named because of the towering peaks and the jagged peaks resembling wolves, is the "Langshan Jingxiu", one of the ten scenic spots in Ancient Yizhou and one of the eight scenic spots in Baoding.

More
Show More
Reviews
Some reviews may have been translated by Google Translate
Write a Review
4.5/5Outstanding
All(1,913)
Latest
Positive(1,684)
Negative(79)
Photos(655)
Reviews from Tripadvisor

Post
Speaking of Langyashan, the article of "The Five Heroes of Langya Mountain" will appear in the minds of the elementary school. This heroic story makes this mountain in the eastern foothills of the Taihang Mountains a famous patriotic education base. Located in Baoding City, Hebei Province, Langya Mountain is a national-level forest park. It belongs to the Taihang Mountains and is 45 kilometers away from the county. Because of its strange peaks, it is steep and steep. Langya Mountain is not only a classic red scenic spot in China, but also a historical mountain with natural beauty and beautiful scenery. The vegetation here is dense and ecological, and it is known as the peak of Wuyi and 36. Langshan Mountain was originally named Langshan. It was named after the son of Emperor Wu of the Han Dynasty to escape from the sorcerer's prison. The Western Han Dynasty Emperor Wu was sick in his later years. He was suspected of being a witch (a puppet, cursing a man). He involved relatives such as the Queen, Prince, and Princess. Prince Liu was suicide. His son looked at the mountain, hence the name. Today's Langya Mountain is still a majestic mountain. With the glory of the red leaves of the mountains, it has reached the best autumn season. 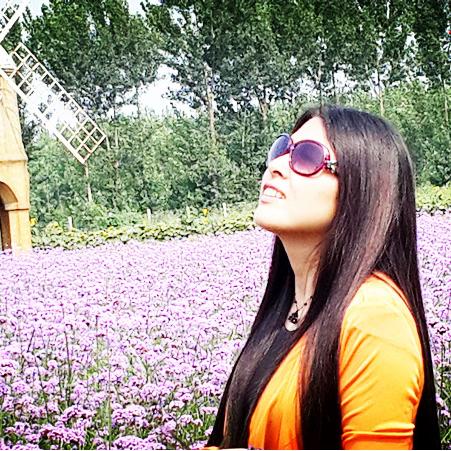 Walking_Wild_Goose
Every autumn, the mountain is full of colors, from yellow, light red to fiery red, and dreamy purple. This kind of beauty is very rich, turning the Langya Mountain into a Beijing-Tianjin autumn scenery. One, the sea of flowers, the faint fragrance is intoxicating, even turning back, the red pepper, the golden pumpkin, the mature corn, seems to tell me that this is a harvest of autumn joy, the only wolf The raging autumn of Asan.

Walking_Wild_Goose
Langya Mountain is located in Yi County, Baoding, Hebei Province. We are the first to know about Langya Mountain. They are generally derived from the story of the five strong men of Langya Mountain learned in the textbooks when they went to school. The Langya Mountain is a scenic spot for red tourism. The natural ecological environment makes the spring here a sea of flowers. Langyashan Peony Garden is located in Yujia Village, Xishan Beixiang. It has more than 600 kinds of peony varieties at home and abroad, such as the Pink Joe, the Golden Pavilion with outstanding temperament, and the Kinghua which is very beautiful. The planting area is 500 mu. .

Langya (Wolf’s Tooth) Mountain is located in Baoding in the western part of Yi County. It is part of the Taihang Mountain range and is some 45 kilometers away from Yi Town. This mountain is dangerously steep. It gets its name because its peak is so sharp and pointy, resembling the tooth of a wolf. Langya Mountain has borne witness to many of history's tales and legends, among which, the tragic story of five Eighth Route Army soldiers who sacrificed their lives in a bloody battle against the Japanese. Visitors who come to Langya Mountain these days will find themselves faced with a majestic mountain landscape full of trees. While they are here, they can also take the opportunity to remember the five brave martyrs who sacrificed themselves defending their homeland.
Show More