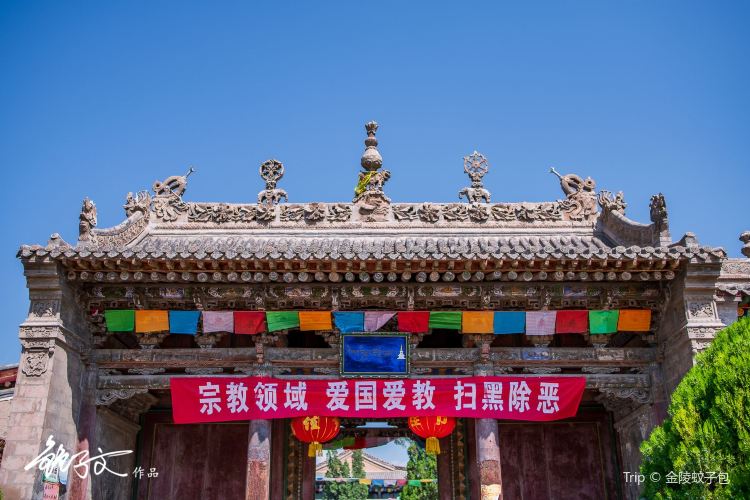 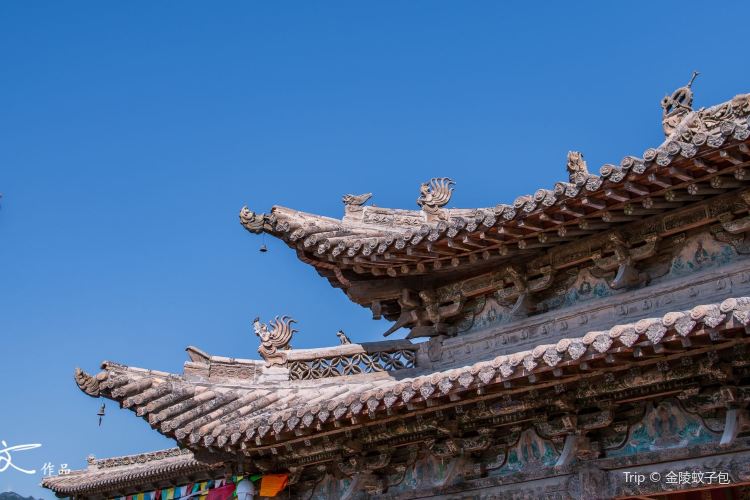 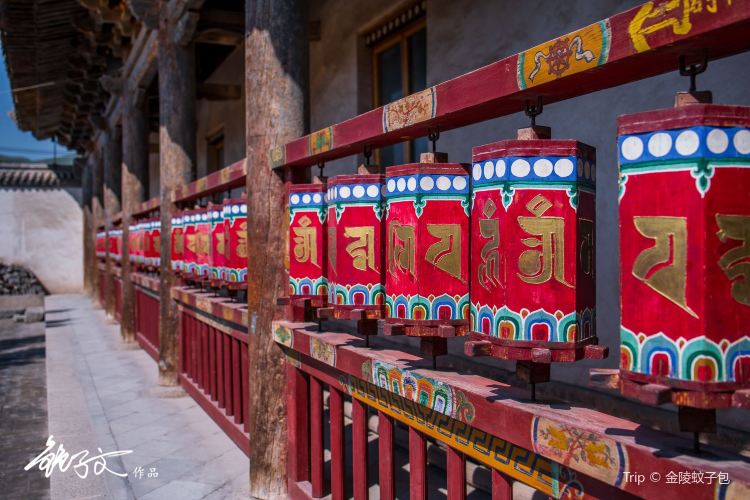 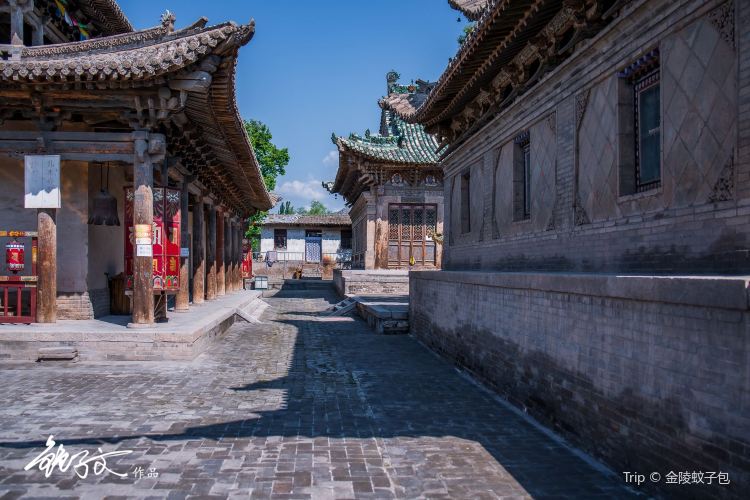 Miaoyin Temple was first built in the sixth year of Zhengde in Ming Dynasty (1441). It was the main temple in the jurisdiction of Tusi Lu, a descendant of Pingzhang political affairs in the late Yuan Dynasty. It forms a huge temple complex with 8 temples including Dongdai Temple, Xidai Temple, Gucheng Temple, Gada Temple (Shipingshan Gada Temple), Xuanhua Temple, Tar Temple, Zongjia Temple and Xianjiao Temple. After three expansions during the Qing Dynasty, it became a well-known Gelug Buddhist monastery in Qinghai, Gansu Tibetan areas and Inner Mongolia. The main hall is Duoji Qiangdian (the meaning of Vajrayana), followed by Geergundian (Duojiqiang protector), Manidian, Chedien Labrang (Taerdian), Desong Sangjidian (Wansuidian), Cuo Qin Duikang (Great Scripture Hall), Chi Kang (Zen Monk Hall), Qiong Laang (Luan King Hall), etc., are all large-scale and magnificent. There are also many places where living Buddhas from other places are built. According to Tibetan historical records, in the Kangxi period of the Qing Dynasty, after the Dalai VI was deposed by the Mongolian Heshuote leader Lazang Khan who ruled Tibet, he stayed at the Xuanhua Temple behind the Miaoyin Temple on the way to travel, and received the enthusiasm of the local chieftain. Wait, he is here to promote the Dharma, known as Dabao Buddha. There were originally two Dhacang (academies) in the temple, where they studied Buddhist philosophy and tantric disciplines respectively, and trained a group of eminent monks. They also invited famous scholars such as Sumba Buddha, Tuguan Buddha, Huarui Raobusa and others to give lectures in this temple. The Miaoyin Temple has become a jewel on the link between Tibet and Inner Mongolia. The temple was originally a monastery belonging to Yongdeng County. In 1956, it was placed under the jurisdiction of Tianzhu County along with Saishis. It is now under the jurisdiction of Yongdeng County, Gansu Province, and its address is Liancheng Town, Yongdeng County, Gansu Province.