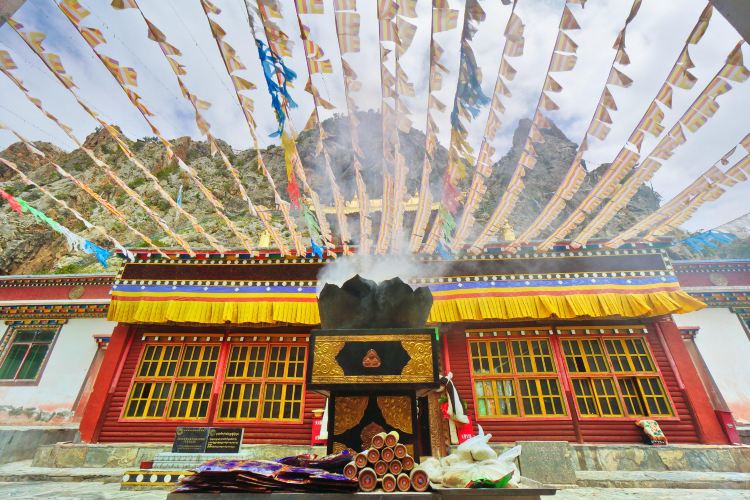 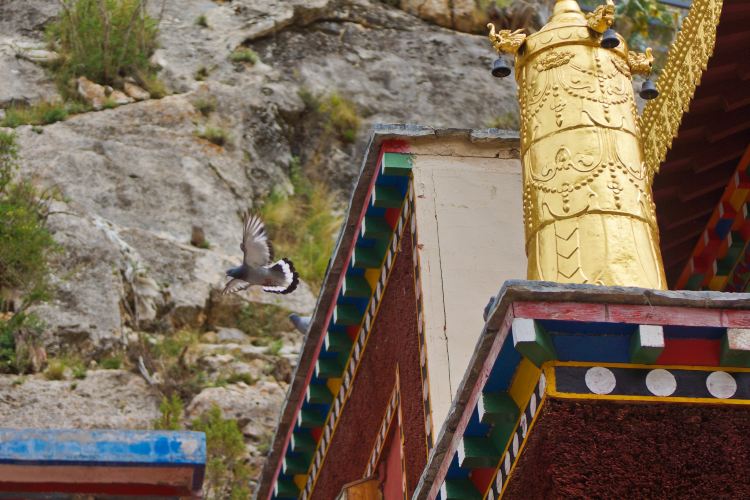 Wencheng Princess Temple is not a big place, but special sacred and special! Princess Temple, also known as the Great Rirulai Buddhist Hall, was built in the Tang Dynasty, has been more than 1,300 years of history, located in Yushu County, Yushu County, Batang Township, Batang, 20 kilometers away from Jiegu Town, 838 kilometers away from Xining. It is one of the important cultural heritage of Tang Xiang ancient road, for the national key cultural relics protection unit. Wencheng Princess Temple sits in the north and faces the south, facing the stream, built by cliffs, clever design. There is a monument next to the temple gate, which records the history of the construction of Wencheng Princess Temple. There are nine relief Buddha statues chiselled on the rock wall directly above the temple inside, and the main Buddha statue in the center is the Dari Rulai Buddha statue. The statue of Rulai Buddha is high 7.3 meters, with a vivid look and a dignified and philistine manner. The Princess Wencheng Temple is located about 20 kilometers south of Tongtian River in Jieshi Town, Yushu County, Qinghai Province. According to legend, the Tibetan people of the Tang Dynasty built it in memory of Princess Wencheng. It is a Tibetan-style flat-top building, 9 meters high, about 10 meters long and wide. In the temple is the Princess Wencheng relief stone statue, hewn according to the mountain, like cross-legged sit, 8 meters high, its two sides of eight relief maidservant (actually eight big Bodhisattva) divided into two layers. The statues of Princess Wencheng and Waitress are carved exquisitely, the modelling is simple and vivid, and the appearance is demure, reflecting the high level of the carving craftsmanship in the Tang Dynasty. In addition, there are two living Buddha paintings on both sides of the temple wall, and there is a mural painting with bamboo raft, pomegranate, cotton, treasure mirror and hoe opposite the statue, and it is recorded that the local Tibetan people of the bishop Wencheng cultivated and weaved. The temple is a place for Buddhist worship and visitation of Tibetan Buddhists and tourists from home and abroad.

More
Reviews
Some reviews may have been translated by Google Translate
4.6/5Outstanding
All(53)
Latest
Positive(49)
Negative(2)
Photos(17)
Reviews from Tripadvisor

What other similar attractions are recommended in Yushu?