littlesnow
Zunyi
Site of the Zunyi Conference
Enter the Zunyi Meeting Site | Get out of the contemporary youth!

Zunyi Conference site was originally the private residence of Bai Huizhang, the second division commander of the 25th Army of the Sui Army. The entire building is divided into two parts: the main building and the inter-family. The corridor of the main building is a good place for viewing and taking pictures. Here you can see the surrounding green hills and the mountains. The former Red Army two occupied Zunyi and the enemy army battlefields, Honghuagang, Qiqishan, Yupingshan and Fenghuangshan. . The 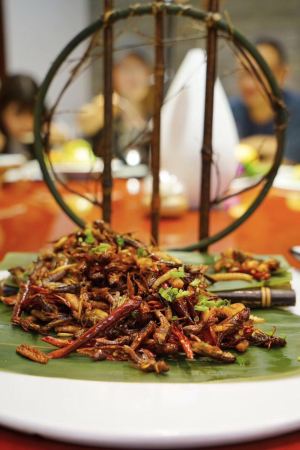 Come to the prefecture-level city under the jurisdiction of Guizhou Province: Zunyi, it is located in the northern part of Guizhou Province, and is also the second largest city in Guizhou! Zunyi is a red tourist attraction. And there are a lot of classic dishes here that everyone is coming to taste. For example, spicy chicken, sour soup fish, Wujiang fish, especially recommended Wujiang fish, Wujiang fish cooked in a hot pot way, fresh and delicious, because of the unique practices, fresh, fragrant, tender, slippery and other characteristics, making the Wujiang River in the winter The fish feast is very popular.
wintertimefood
Schoolmate_Beishi 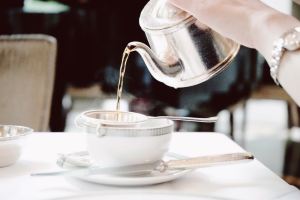 For a comprehensive evaluation, a traditional afternoon tea I chose with my friends, a peninsula natural afternoon tea ! In terms of tea selection, she drank the 1866-150th Anniversary Tea. I chose the afternoon tea of the Peninsula International Fair Trade Certified Tea!

Drink afternoon tea from the bottom of the sandwich, usually with smoked salmon, cream cheese, ham and the like, and the other bottom is a long strip of sandwiches, which is also a common section .

The second layer is usually a scone, cut the scone half-cut along the pre-cut texture, then apply a cream on one side and apply strawberry jam on one side. It tastes very good. ! Some cream cakes next to it are also soft at the bottom, and some cream on the upper layer!

The top layer is a dessert. I think that normal people should have a little bit of eating after eating the scones, although the desserts are all very small, and the creativity of each store is not the same. Desserts are sweeter, this time with tea is very necessary! I tried a chocolate and macaron, the chocolate was very sweet, and the inner layering was very detailed. The inside of the macaron was muddy and quite delicate.
instagramworthydestinations
decembertravel
wintertimefood
MsSophieYan 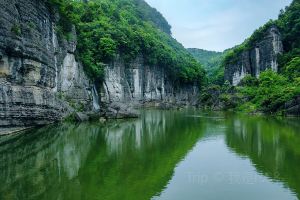 Cloud Gate Tun
Guizhou Yunmenyu Scenic Area is located in Xinnan Township, Meitan County, bordering on the east of Shrimp Town in Zunyi County and southeast of Sandu Town. It is 5 kilometers away from Zunyi Highway in the north. It is surrounded by the mountains of Luo'an River and Minjiang River. The cloud is named after the floating season.

At Yunmeng, you can take a boat trip on the Lijiang River to visit the Shili Gallery. Here the river gradually calms down, and it does not bottom out. The mountains on both sides of the river are steep, a deep canyon, green and towering, seemingly uninhabited, but faintly heard someone talking.

I dont know what wild flowers are blooming, not glamorous, not clear, but its a few kilometers of water. The boat trip took about an hour, and occasionally saw a fishing boat, the waterfowl passed, and there was a stagnation.

Suddenly the cliff is open - it is really a hole, a huge natural bridge, the mountain is a bridge, and even a plane can be driven under the bridge.
instagramworthydestinations
rs88 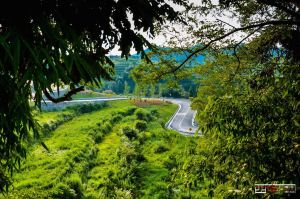 Loushan Pass
For Zunyi, the old red cultural tourist area. When you do the Raiders, you can look at most of the places related to the Red Army Long March.
The most famous is the Zunyi Conference Memorial Hall.
We drove from Chongqing to Lushanguan Town, Tonglu County, 50 kilometers from Zunyi.
There are two words in the memory
"Xiongguan Road is really like iron,
and now step by step from the beginning."
This is the word written by Chairman Mao in Shaoshanguan.
Wind mountain road.
This is the advertisement on the anti-aircraft when I have not yet reached the high speed.
Knowing that it may not be the best season, but still decided to check it out.
Come here, this road is actually not so good, normal uphill is the need to sit in the scenic eco-car, but that day we arrived at 5 or 6 o'clock in the afternoon. No one sold the ticket and no one took care of us, we just went straight.
But it hasn't reached the top, the road above is harder to open, stopped to look at it, and bought a watermelon to eat while resting.
decembertravel
Echo 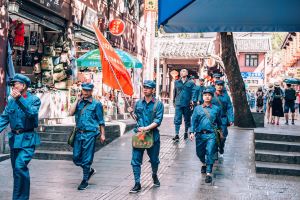 crossing the archway, looking into the distance, the two sides are patchwork antique small buildings, wooden columns and blue tiles, carved doors and windows, antique, reflecting the unique architectural style of the northern folk houses. The heart of the street is covered with bluestone slabs, and it is more quaint and quaint. The pictures on the street light boxes are all photos of the Red Armys long journey. Numerous strings of exquisite red lanterns hang from the eaves of every household and merge into a red river.

This is a pedestrian street. It is a typical commercial culture street integrating sightseeing, leisure, dining, entertainment and shopping. It is said that many old-fashioned shops have been operating here during the Red Army period, and still have a prosperous business, and there are also emerging companies.

Here, there are a lot of famous local and local products in Guizhou and Zunyi. The most famous Kweichow Moutai, Yutan tea, and batik cloth are all set up in specialty stores and counters. Known as the "Zunyi first flavor snack" bean noodles, the facade is opened at the street of Hongjun Street, it is said that this bean noodles are the most pure, most authentic, and the most memorable after eating. Gastrodia elata, Eucommia ulmoides, honeysuckle, wild ginseng, and other Chinese herbal medicines produced by Zunyi have store sales. In addition, Sichuan, Chongqing, Yunnan specialty products, snacks, can also find their presence here. Visitors from all over the world can choose a souvenir that they are satisfied with.
littlesnow 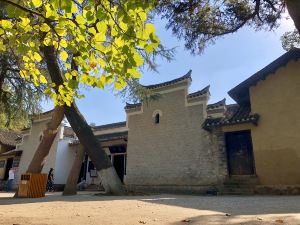 Scenic Area of Shaoshan Maozedong's Former Residence
Shaoshan is the hometown of Chairman Mao Ze Dong. A rustic village well preserved, the community that brought up the founding father of the PROC.
givethanks
historicallandmarks
D37***23 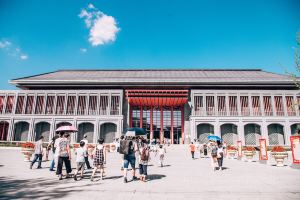 Site of the Zunyi Conference
Enter the Zunyi Meeting Site | Get out of the contemporary youth!

Zunyi Conference site was originally the private residence of Bai Huizhang, the second division commander of the 25th Army of the Sui Army. The entire building is divided into two parts: the main building and the inter-family. The corridor of the main building is a good place for viewing and taking pictures. Here you can see the surrounding green hills and the mountains. The former Red Army two occupied Zunyi and the enemy army battlefields, Honghuagang, Qiqishan, Yupingshan and Fenghuangshan. . The 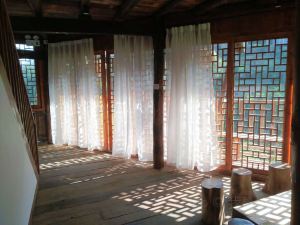 This time we came to live in the Dashun Store Hanging House, which fulfilled all my illusions about the hotel. Quiet environment, quaint structure, comfortable bedding, clean bathroom, accent design, flowing water outside the window, bamboo, a pot of incense, a movie, and the bosss years of walking the rivers and lakes See you hate late.

In the morning, the sun shines through the bright tiles. I dont know whose chickens are running into the bamboo forest. On the 3rd and 9th of the lunar calendar, catch up in the ancient town. Ha, this is my longing for life.
instagramworthydestinations
rs88 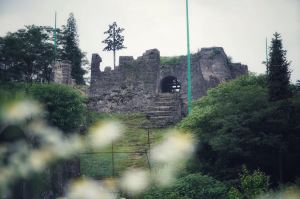 Hailong Village
Come to this unique world cultural heritage in Guizhou Province: Hailongyu. This is a ruins of the Toast Castle in the Song and Ming Dynasties. It is a testimony to the "Tusi System" of the management system of Chinese ethnic minorities in ancient times. To put it simply, here is the defensive castle built by the emperor of Zunyi (Bozhou) in the southwest of the Ming Dynasty. Strolling here, there is a combination of Peruvian Machu Picchu and Sri Lankan Lion Rock, so these three are called "City of the Sky"
decembertravel
Schoolmate_Beishi

Site of the Zunyi Conference
In the evening, I went to Zunyi and stayed at the Hanting Hotel in Dingzikou. Then go out for food, and it will be more than ten o'clock in the evening after everything is over.
went back to the hotel to wash and sleep, and took a taxi to the Zunyi Meeting Memorial Hall the next morning.
This road is forbidden to enter any vehicle except the tourist bus and bus, so it is very empty, and this road is not far from a big single-line ring, the car is crowded.
A former Xi'an friend came to Nanjing to say that it is a one-way line in Nanjing. I should advise her to visit Zunyi. This is called a single line.
Anyway, if you drive me, I must faint. The real small building of the
Zunyi Conference is this one.
Enter the right hand side of the door. The large building facing the building is a post-repair museum for storing the Red Army Long March information.
Forgive me for not shooting, there are too many people coming and going.
decembertravel
Echo