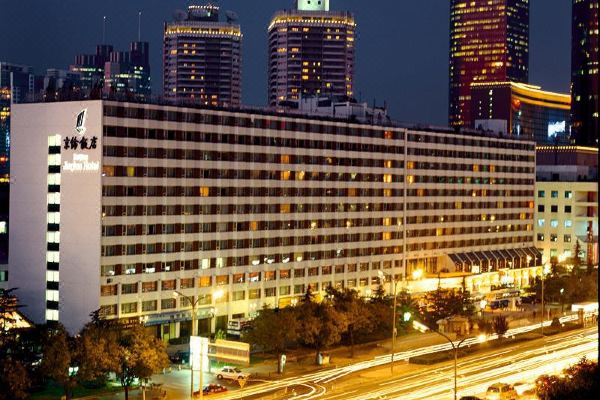 Close to metro, Easy to get around

The Jinglun Hotel (Beijing Jinglun Fandian) is located near Tian'anmen Square, metro lines one and ten, and is only a 25-minute drive from Beijing Capital International Airport.This Beijing hotel has various types of standard, deluxe, business rooms and suites that each come with satellite TVs, mini-bars, refrigerators and safes. At the on-site restaurants guests can choose from a variety of Chinese, Western, Japanese and South East Asian cuisines.The Jinglun Hotel has a spacious and gorgeous banquet hall can host all kinds of banquets, weddings and meetings for up to 300 people. Business travelers can take advantage of the business center and the hotel's the state-of-the-art meeting and conference facilities for their events and conferences.Guests can spend their free time lounging in the indoor swimming pool, relaxing in the sauna or using the fitness facilities.

Important City Info
Effective from May 1, 2020, hotels in Beijing will no longer actively provide disposables including toothbrushes, combs, bath sponges, razors, nail files and shoe brushes. If these disposables are required, please contact the hotel.

Check-in and Check-out
Children and Extra Beds
Please contact the hotel for details on their child and extra bed policies.
Breakfast
Parking
Pets
No pets allowed.
Age Requirements
Checked in guests must be aged 18 years old or above.
Paying at the Hotel