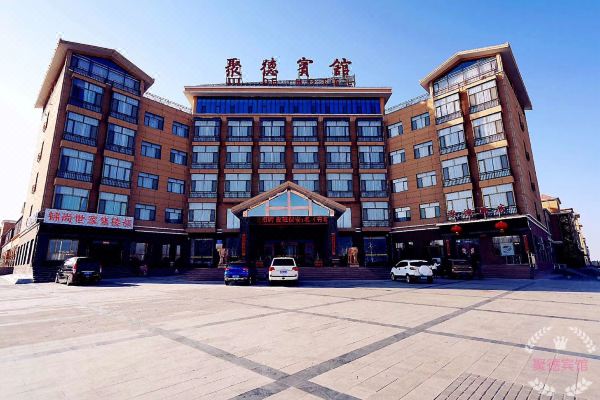 The Ju De Hotel is a great choice for guests looking for accommodation in Jiayuguan, having been recently renovated in 2018. The hotel is conveniently located just 6km from Jiayuguan South Railway Station and 16km from Jiayuguan Airport. The nearby area boasts an abundance of attractions including Jiayuguan Fantawild Adventure Theme Park, Mingzhu Culture Ecological Park and Jiayuguan City Museum. This hotel makes a great place to kick back and relax after a long day of sightseeing. Airport pickup can be arranged by the hotel upon request. Guests of this Jiayuguan hotel can make use of the parking facilities. According to our trusted guests, the facilities at this hotel are first-rate. This hotel is particularly popular with those traveling with families.

Check-in and Check-out
Check-in Method
Children and Extra Beds
Children are welcome at this hotel.

For each room, 1 child can use existing beds.

Children aged under 18 years old must be accompanied by a legal guardian.