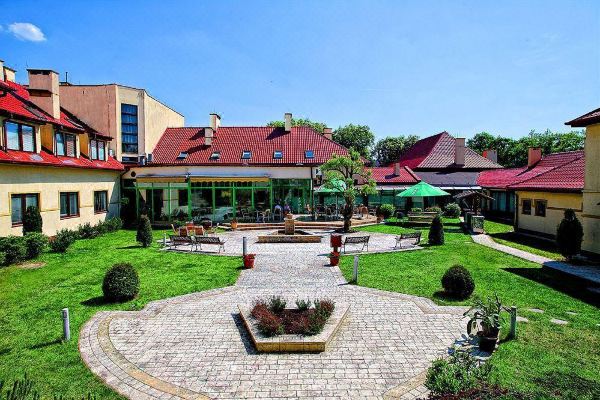 3-star Hotel Gem is located in one of the most beautiful parts of Wrocław – Zacisze, by the bank of River Odra. It features an indoor sports swimming pool and a hot tub which can be used free of charge, upon previous reservation. The rooms offer free Wi-Fi. Every room here comes with an ergonomic mattress, a flat-screen TV, a telephone, a safe and a minibar. Comfortable bathroom comes with a bath or shower and a hairdryer. Some rooms have air-conditioning. The Gem provides guests with paid access to its recreational area, upon reservation. At surcharge, guests can enjoy a sauna, relaxation zone, fitness room and tennis courts. There is a guarded and monitored parking available at a surcharge. Gem also features a winter garden and a garden with a patio and barbecue facilities. The Gem is situated 5 km from the Wrocław Old Market Square and the Wrocław Główny Railway Station. Olympic Stadium and Szczytnicki Park are 1.5 km away.